The Menagerie Mom here! I won't bore you with many details about myself, though, as I'm not the interesting one in this furry family. After all, this blog (just like my happy life!) is all about my furbabies. But, having a set of opposable thumbs, my furbabies decided to let me do the typing on this blog. And so, here I am. If you want to know a little more about me, I give a couple tidbits in the About Me blurb at the right side of the blog. The long and short of me is that I really love animals, with an especial weakness for rescue animals and special needs animals. I also enjoy writing, reading, and arts and crafts. That's enough about me, though. Now, on to the stars of this show. 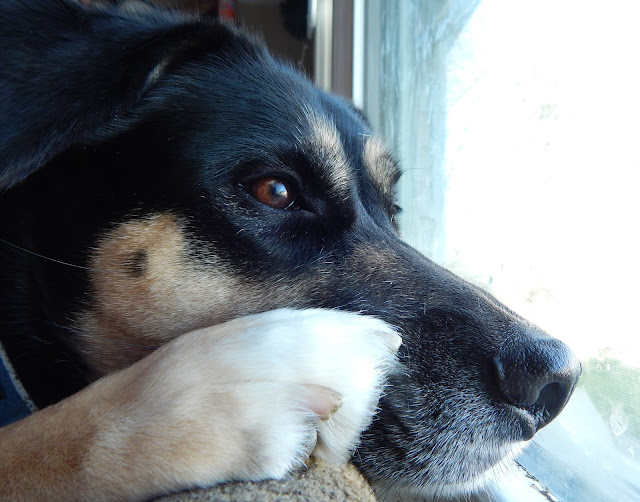 Astrid is currently my oldest furbaby, as well as the only pup in the family. She came into my life in July of 2013, at roughly 5 months old, and her "maybe birthday" is celebrated on February 20th. Her history is an unknown, as she just showed up in my uncle's backyard one day and quite literally jumped into his arms. She was a bit underweight, had fleas and tapeworm, and was in need of some serious TLC. No one came forward to claim her, and so she quickly ended up hitching a ride home with me and my family.

Astrid actually has two mommies, as my sister and I live together and more or less share custody of her. She really doesn't mind the double attention at all. Since my sister and I took her in back in 2013, Astrid has more than doubled in size to 70 lbs. She is also the epitome of a young and active soul.

To help you get to know Astrid a little better, here are some of her favorite things: 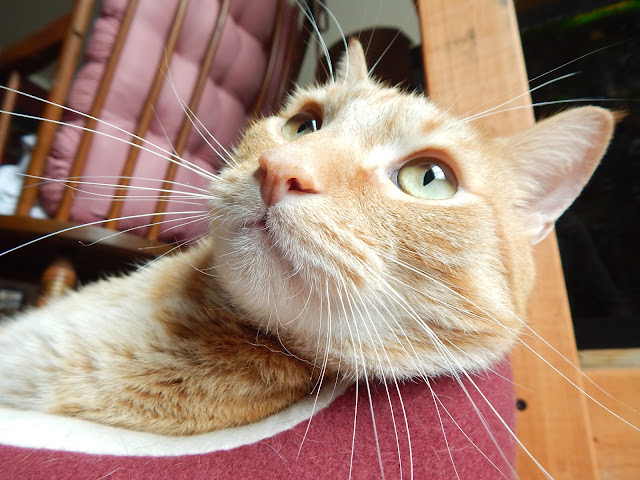 Evan is my only boy. I first met him back in May of 2013, when he was just 1 lb and roughly 6 weeks old, which means his "maybe birthday" has been deemed as April 15th. When I first met Evan I worked at a cat clinic, and I came to work that one May day to find a carrier abandoned at the front door. Inside was a tiny kitten, who hissed and growled, was clearly suffering from an upper respiratory infection, displayed obvious hind limb paralysis, and was later named Evan. In a letter left with the carrier containing baby Evan, I learned that Evan had been a more or less semi-feral barn kitty, along with his mom-cat and litter mates. However, a coyote had made its way into the barn, and little Evan had been the only survivor, not to mention paralyzed during the attack.

At the clinic, Evan underwent weeks and months of tests and rehabilitation as a kitten (where the feisty little guy never hesitated to let us know when he'd had enough). Ultimately, though, it was determined that his hind limb paralysis was irreversible. Not much later, he ended up at home with me. Since then, my boy Evan has grown to be a healthy 10 lb mancat who struts his hind limb paralysis with pride. He's also outgrown much of his kittenhood feistiness, only occasionally using teeth and claws to get his way. And, I'm told he's a momma's boy, which is perfectly fine with me.

Some of my boy Evan's favorite things: 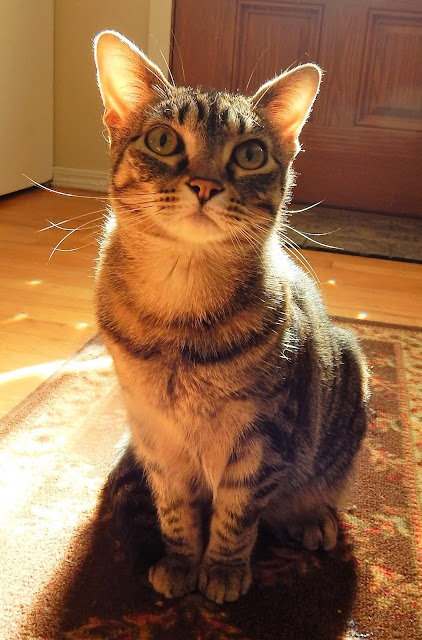 Thimble is my adorable, sweet little ladycat. I became her human momma in May 2014, after my grandmother found and rescued Thimble and her three brothers (all still in the family!) when they were roughly the ripe old age of 3 weeks. Her "maybe birthday" is May 10th, and yes, she is and always will be spoiled on that day.

When I first met my girl Thimble, she weighed less than half a pound. She was by far the runt of her litter, and when I met her she was hungry and weak, and the poor little girl had come down with a number of ailments unsurprising in an abandoned runt of a kitty. After much TLC, though, she has since grown into a healthy and ridiculously adorable little lady cat who now weighs in at nearly 10 lbs (far from underweight, but who's judging?). She is one happy, sweet, and - did I mention? - adorable little lady. 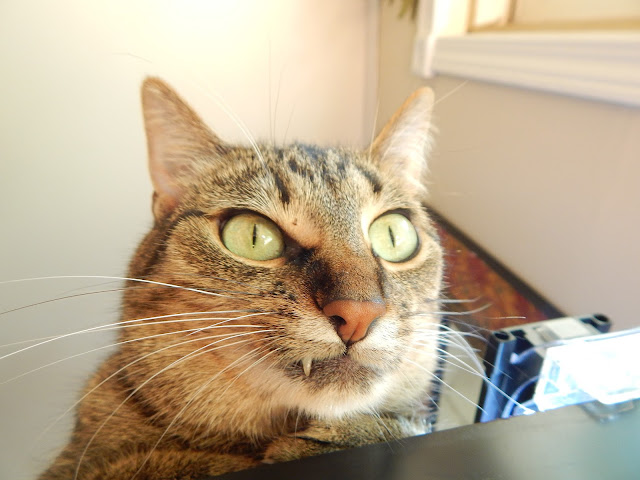 Eddy is my happy, active, sweet, and wild concoction of a little girl (yes, she is a girl and I named her Eddy). I brought her home  in July of 2015, at roughly 10 weeks of age. Her "maybe birthday" is celebrated on April 30th. After the passing of my sweet old girl Rosie, who in her geriatric years had become my beloved special needs girl, I felt inspired to reach out to a local rescue group about adopting another special needs cat. Within days I had a meet-and-greet with a little kitten who, just days after being trapped out in the country, had suddenly become afflicted with a head tilt and facial nerve paralysis. Long story short, by end of that week that little kitty was home with me and named Eddy.

Time has proven Eddy to be a happy, active, loving little girl with a permanent head tilt, facial nerve paralysis, and some serious dramatic flare. Like her big brother Evan, she touts her specialness with pride.

It's lovely to read all about you and your menagerie! :-)

Checking you guys out!

Iss pawsum to meet all of youss'!!! What do wee call YOU menagerie Mumma???
Sinseerelee, Siddhartha Henry =^,.^=

I was wondering if there is a possibility to contribute a well-researched article to your site?

I currently work for a Best1X Cats -Dogs and Pets blog for DIY product. We have several very great writers who would love to produce a content for your site around the topic of cat, dogs, pet topic, DIY toy and modern petfurniture

Let me know what you think!