It's Woof Woof Wednesday, and pup Astrid wants to show off her new collar. 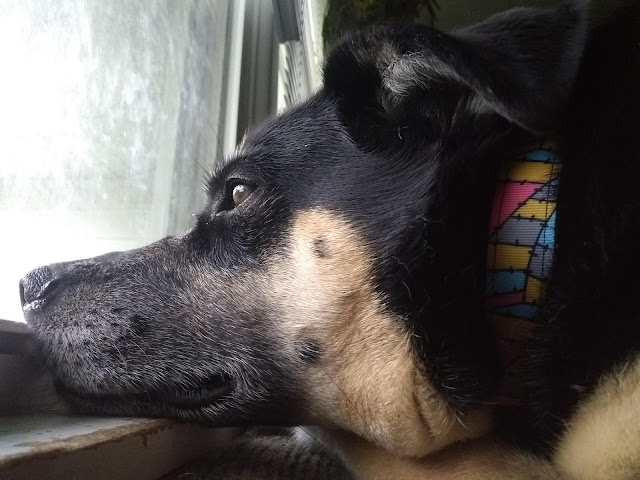 Astrid had the same collar for something like 7 years, and after so many washings, it was finally toast. So, she finally got a new one. Finally. She didn't give you a great view of it there, but such is life. That new collar of Astrid's was inspired by a certain little detail from the movie The Nightmare Before Christmas, of which I am very fond. Astrid seems okay with it as well, so I'm happy with that.
Happy Wednesday, friends! 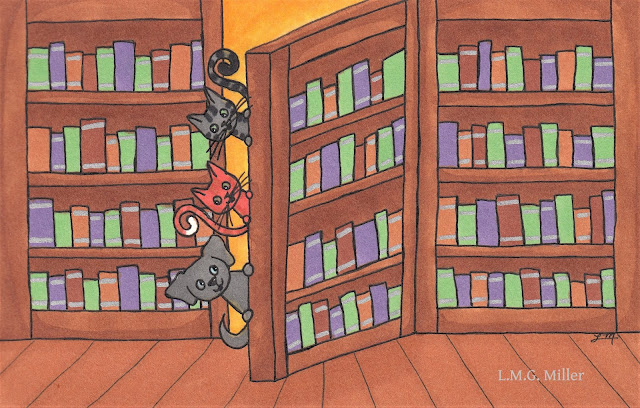 Did you know that the pet door is an invention often attributed to Isaac Newton? Then again, this assertion is also often likened to an urban legend. Either way, according to the legend that Isaac Newton invented the pet door, it's said he cut holes in his door for his cats to pass through. One version of this story even goes as far as to indicate that he did this in order to keep his cat from requiring the door to his darkroom be opened fully, which could ruin light-sensitive experiments. This same version of the story surrounding the invention of the pet door also indicates that Isaac Newton's cat supposedly named Spithead was the one who would open the door to his darkroom. Do you think even a lick of this is true? Either way, it's an interesting thought.

I love your collar, Astrid! The colors are so pretty. ~Ernie

What a sweet and gentle girl you are Astrid.

Astrid you really know how to show off. Very pretty
That is a fun Doodle. Secret passages are a cats favorite

Very nice collar. And cute drawing. I did not know that about Isaac Newton.

It's the same print as Sally's dress, right? LOVE IT!

That's very nice collar. I got my Liam a new collar, it arrived today. It's for his birthday though so we'll keep it a surprise until then.

Seems to me that cat doors have been discovered in ancient architecture, but what the heck, Isaac Newton can take the title, as you say!

Your collar is almost as beautiful as you, Astrid!