Instead of Toesies Tuesday, how about a Nosy Tuesday with Tonks? 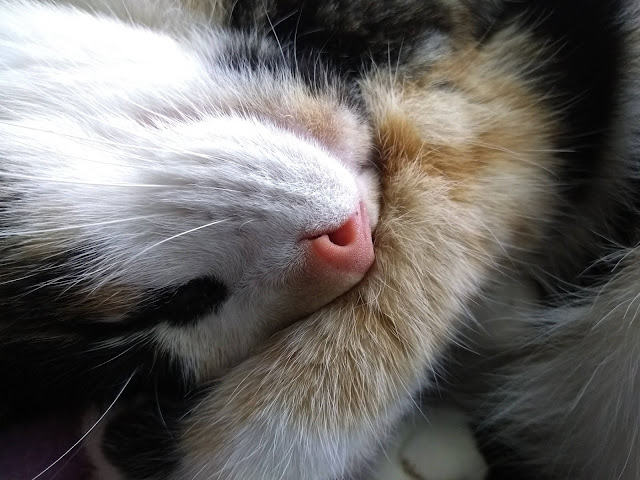 How about we zoom in just a tad bit closer? 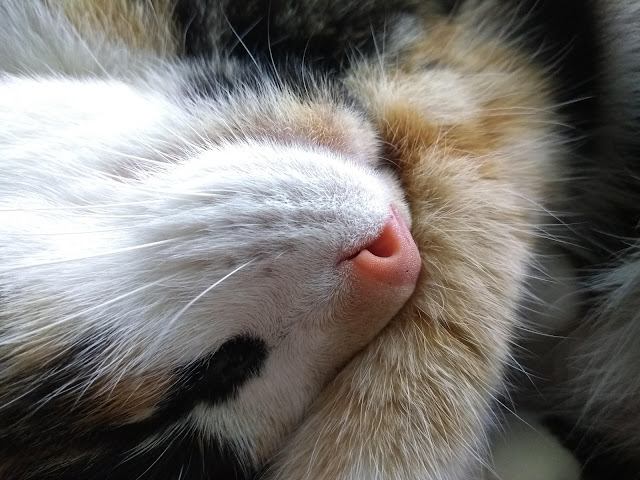 Tonks hopes her cute little nose helps make your day a great one!
***
Doodle of the Day 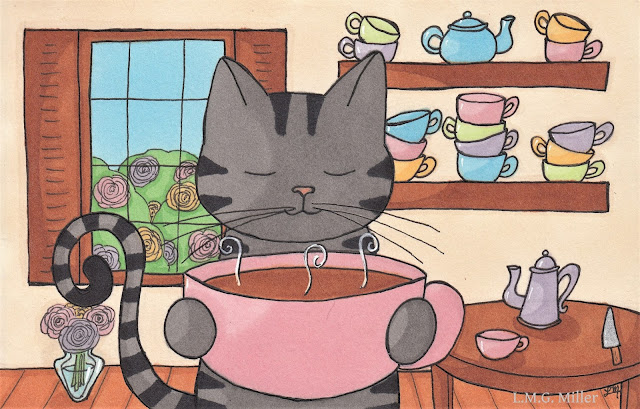 For anyone who might have noticed the random little knife doodled up on the table there, that's because this drawing was inspired by a sign I saw recently. This sign actually starred none other than a cat drinking coffee, accompanied by the saying, "Coffee. Because murder is wrong." I don't even like or drink coffee, but that saying spoke to the dark side of my humor, so I went with it. Also, I was thrilled that the sign I saw starred a cat, which automatically made me feel inspired by it. Shall I stop rambling now? I shall.
***
Tip of the Day
Summer can be a fun time of the year. For example, there is often a barbecue or two to be had during the summer months. That being said, keep in mind that events such as barbecues may not be the safest place for our pups or kitties. A hot grill in itself can pose risks, of course including burns. Then there are the foods that are often served at barbecues, many of which could be toxic to cats and dogs. For example, onions, or dishes containing onion, can be hazardous. Don't forget some of the other dangerous foods that might be found at barbecues, including alcohol, chocolate, garlic, and grapes and raisins, just to name a few. A dog or cat can find themselves in dangerous situations if they are not closely monitored or if they are underfoot at events such as barbecues. For this reason, it might be best to keep your pups or kitties somewhere safe and out of the way during a barbecue or other similar summer events. As we always say, it's always better to be safe than sorry.
Posted by The Menagerie Mom at 4:53 AM

What a cute pink nose!

Tonks is so adorable. I like the drawing, I saw that sign too and liked it. Excellent tips too. XO

We always love seeing sweet Tonks and what a cute Doodle. I want dinner MOL

The doodle is PERFECT for that line! Etsy has several items that say that. Every part of you is adorbs, Tonks!

Love your illustration of that saying. Yes, coffee, every morning, and please don't say anything until i've had at least a few sips.

Tonks! Great job! Your cute nose totally made us smile!