Happy Thursday! We're going to start off with a rhyme today, because why not? It's the day of Angel Sammy's Thoroughly Poetic Thursday challenge, so that certainly gives us a good reason to rhyme.

As always, our host shared a photo prompt to guide us, and that prompt was this fun image here: 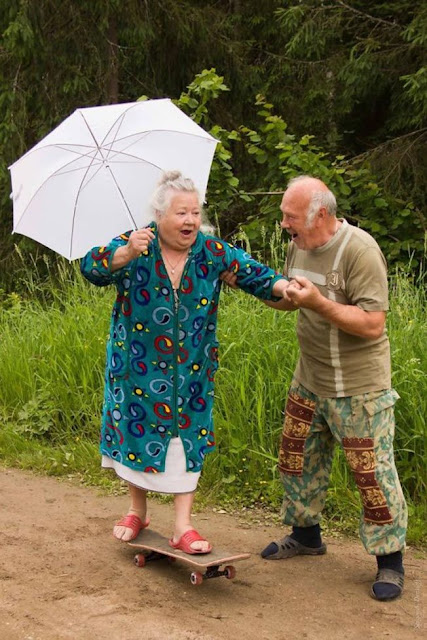 Seeing that here in the United States we're gearing up for Thanksgiving next week, I felt compelled to somehow turn this prompt into a Thanksgiving rhyme. The result was weird and wacky, and if you'd like to read it, here it is:

Thanksgiving at Grandma and Grandpa Thurman's was always something else.
They were more lively even than Santa's most festive elf.
Thelma Thurman wondered what this year's Thanksgiving gathering would bestow,
Just as her father pulled the car into the driveway of her grandparents' home.

Grandma and Grandpa Thurman's home was eccentric, that was apparent.
Then again, the same could be said for none other than Thelma's grandparents.
Her grandpa even greeted them in a festive Turkey Day sweater.
It seemed like nothing could make him feel happier or better.

The Thurman clan made their way into the dining room,
Where Thelma greeted her grandparents' cats, Bonnie and Clyde, who chronically snoozed.
While her grandparents were active, animated, and zealous,
Their cats lived a sleepy life that would make all tired folk jealous.

The table already looked like Thanksgiving heaven,
Even though that morning the clock had only just struck eleven.
Never ones to put off the fun and festivities,
Grandma and Grandpa Thurman urged everyone to sit down, dig in, and begin eating.

They feasted on turkey, mashed potatoes, cranberries, and so much more.
By the time she finished her heaping plate, Thelma was ready to snore.
There was still pie to be had, of course,
But Thelma needed time before there was any pie she could endorse.

Thelma went to the living room and had nearly sat,
When her grandpa said, "There's no time for a nap!
There's yet festive fun to be had!"
Then he ran out the door just like that.

Thelma wondered how she could have forgotten about this tradition.
Each year, the post-meal activity was a different rendition.
Many families watched football on Thanksgiving, even if while snoring.
Grandma and Grandpa Thurman, though, found all that too typical and boring.

Last year, Grandma Thurman showed off her skills on a pogo stick,
And the year before that Grandpa started a pie-eating contest, in which he ate six.
Thelma wondered what wild and wacky thing would happen this year,
She knew the answer when with a skateboard in hand her grandpa did appear.

No one wanted to let Grandma and Grandpa Thurman down.
Besides, saying no to them would make everyone frown.
And so, the Thurman clan spent hours and hours skateboarding.
Grandma Thurman was so skilled she had everyone cheering and roaring.

The skateboarding fun and games came to an end when the clock struck five.
The Thurmans all headed inside, where they were met with quite the surprise.
While they were out on their Thanksgiving skateboard rides,
Bonnie and Clyde, the usually sleeping cats, had eaten all the pies! 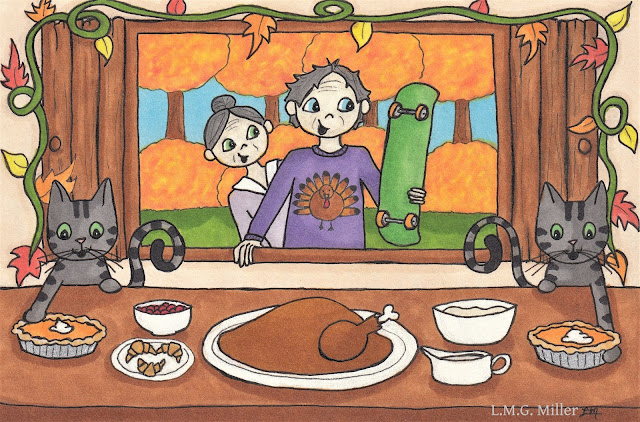 What's up next? Of course it's Brian's Thankful Thursday Blog Hop!

Around here, Thimble is always available to share some gratitude, and this week is no different. Last week, Thimble shared some photos of her enjoying a nap in a sunny window with her canine sister Astrid. After we posted those photos, though, Thimble realized that her gorgeous eyes were closed in each one we shared. So, Thimble went through those photos again and found a couple with her eyes open. She's thankful her eyes are so pretty, and so she wanted to share those open-eyed photos today. 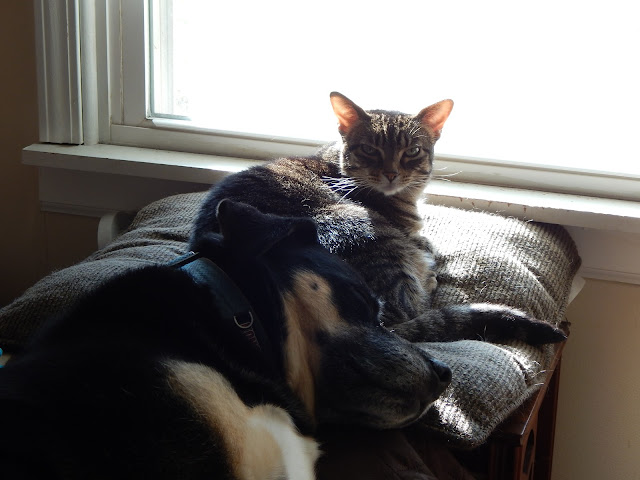 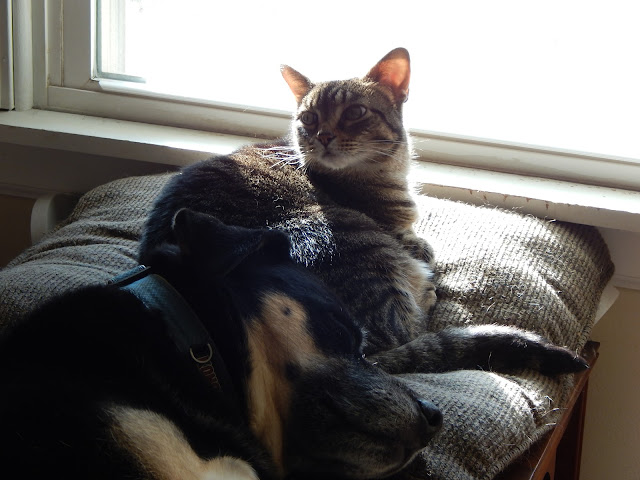 Thimble hopes you enjoy seeing her pretty eyes this time!

Last but not least, we have for you the fill-in statements for tomorrow's Friendly Fill-Ins challenge. My fantastic co-host Ellen of 15andmeowing came up with the first two, and I came up with the second two.

***
Tip of the Day
In yesterday's Thanksgiving tip, we mentioned how it might be best to keep those pecans and that pecan pie out of your furbaby's reach. Today, we're giving a reminder to be cautious with all nuts, especially if you're not sure how they might affect your furbaby. Almonds, walnuts, pistachios, macadamia nuts, and other nuts can all potentially lead to gastrointestinal upset, some potentially causing more severe reactions than others. The possibility and severity of a reaction also might depend on your particular furbaby, and their particular gastrointestinal tract. Some nuts, such as walnuts, macadamia nuts, hickory nuts, and the previously mentioned pecans, can also contain a toxin that affects the nervous system, especially if they become moldy. For reasons such as these, to be on the safe side, it is best to simply keep any nuts, and dishes containing nuts, out of your furbaby's reach. As always, it's better to be safe than sorry!
Posted by The Menagerie Mom at 6:35 AM

Look at you sweeties in the sunshine! I love those pretty eyes Thimble and Astrid looks so very comfy! Those darn cats ate all the pies - MOL!

The cats ate the pies...naughty kitties!
As a child, my parents would take the family to the nearby shopping mall, and if we were really good, they would buy a package of freshly roasted cashews for us all to snack on. Warm and tasty, salty and yummy...a great 'nut' memory.

Bonnie and Clyde lived up to their names, didn't they.

Fun doodle, and tell Thimble i really am impressed with those peepers.

Your peepers are just as beautiful as the rest of you, Thimble! That's such a fun poem and prompt photo.

What a fun poem-story - I think I'd like to know the Thurmans!

A fun poem and wow you do have such pretty eyes Thimble.

That was a fun poem, cute drawing too. Such sweet photos of Thimble and Astrid cuddling. Great tips too.