Evan may be hind limb paralyzed, but that doesn't mean he isn't capable of all sorts of thing. He finds his own ways to do what needs done. For example, what's a hind limb paralyzed boy to do when he needs to bathe those back legs of his? Just grab them up and get the job done, that's what! 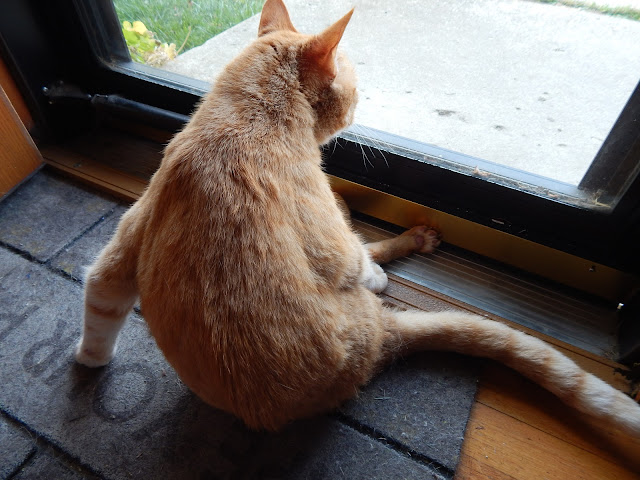 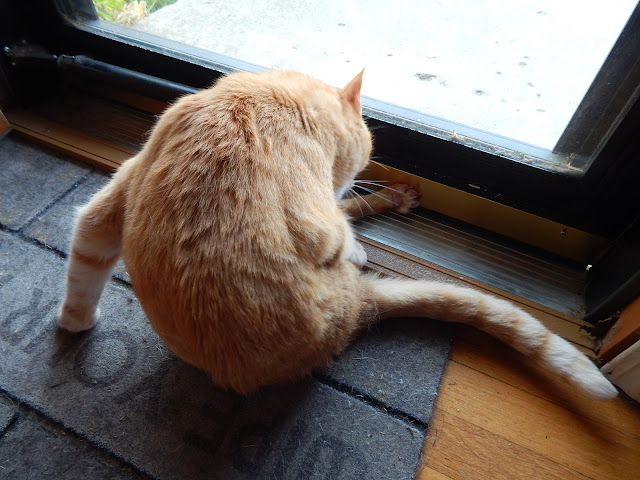 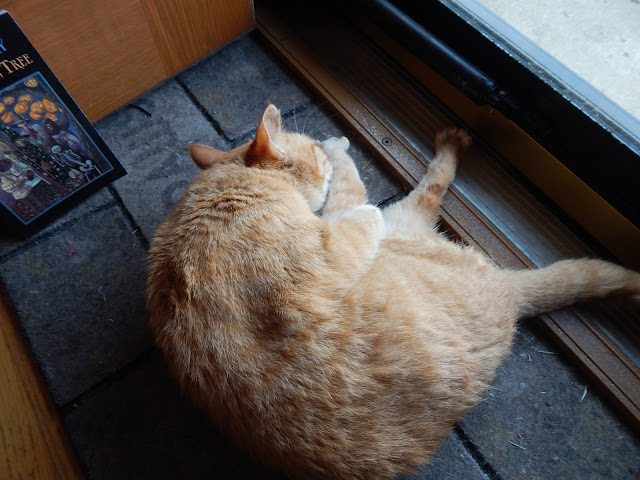 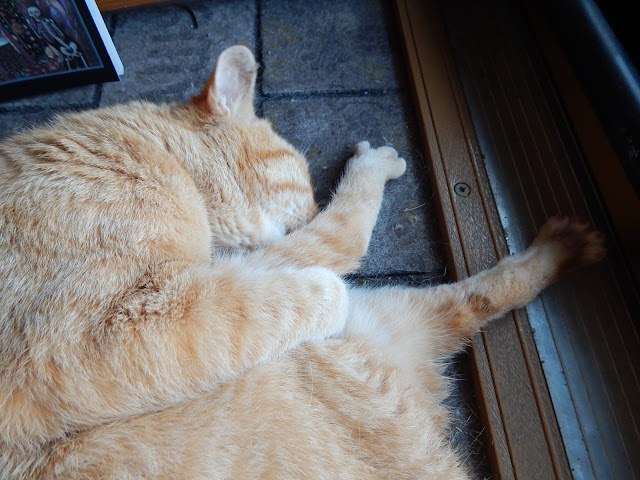 We hope your Monday is as squeaky clean as Evan's! 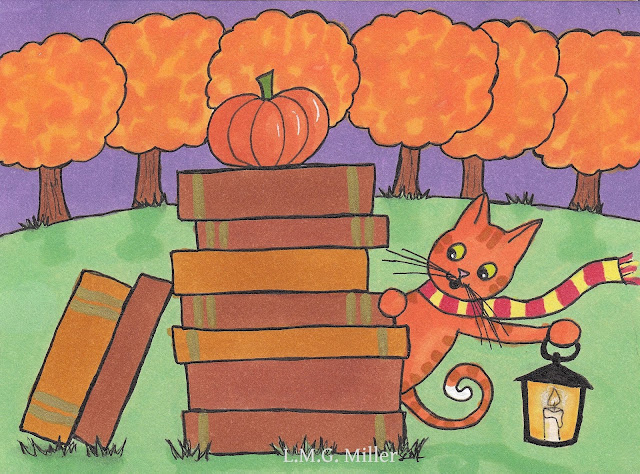 I think I might try to recreate this 2-year-old doodle. My drawing style is still similar to what it was back in 2018, but it nonetheless has also changed in some ways. I remember really enjoying scribbling up this doodle, so why not take another whack at it?

***
Tip of the Day
November is National Pet Diabetes Awareness Month. That's why we're now going to share some tips related to this disease. To begin, we'll start with a tip that you all certainly already know. This tip is to be very vigilant with regard to your furbaby's behavior and appearance, keeping an eye out for signs of diabetes, and of course for signs of any disease. How often is your kitty or pup drinking? How often are they urinating? What is the volume of their urine? The color of it? Has their appetite increased? Has it decreased? Does their fur look dry and dull? Are they less active than usual? Have any of these things changed recently? How recently? These are just some of the questions that, as a pet parent, you have to ask yourself on a regular basis. Regularly observe and check your kitty or pup for any changes in their behavior and appearance. What's more, as always, if you have any concerns, consult your veterinarian.
Posted by The Menagerie Mom at 12:00 AM

And what a squeaky clean Monday Mancat dear Evan surely is!

Evan, nothing stops you from getting the job done.

Evan, you are an amazing kitty, and very handsome too!

We love seeing Handi-Enabled Evan and hope he encourages others to think about adopting a kitty with needs. Love the Doodle

Good job Evan! You are a cutie. I like the drawing and great tips too.

Evan is SO adorable! Such an impressive, inspirational little guy.

Evan, i wish you could teach your technique to our Horizon. He is a lazy groomer and gets knots because of it, he needs lessons!

Evan, you are a gentlemancat, who knows how to look good at all times.