Once upon a time, Evan tried to enjoy his favorite window seat. And then an annoying little pest started haunting him. Again. 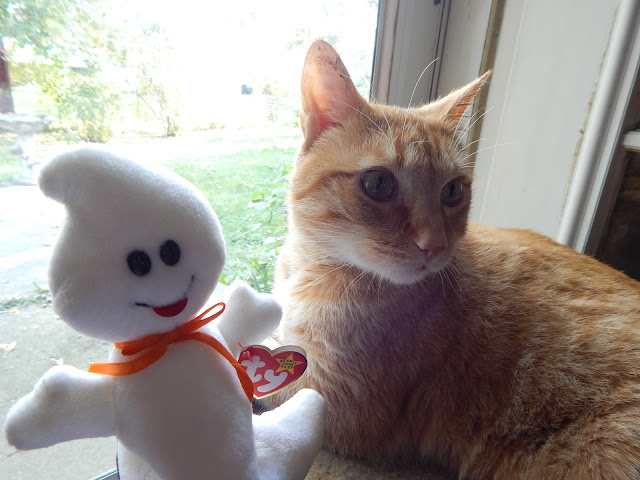 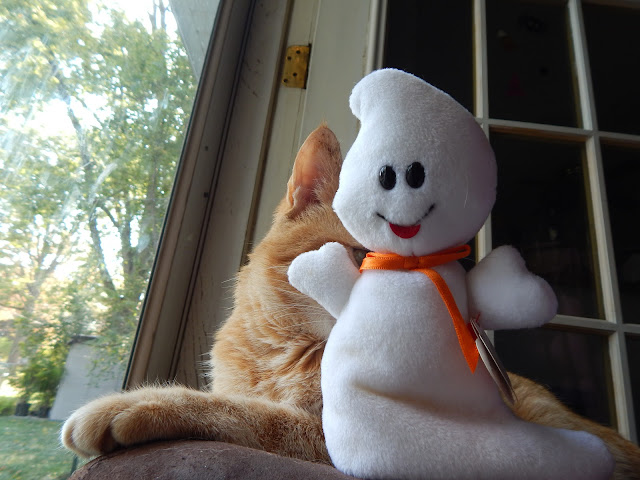 Poor Evan. That little ghost even insisted on photobombing him. How rude.
Evan hopes your Monday has far less hauntings than his! 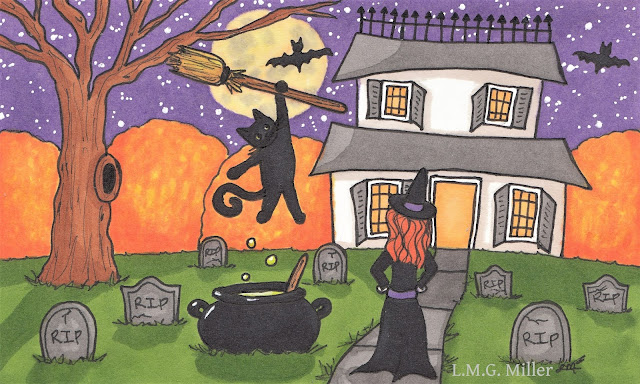 Tip of the Day
Yesterday's Halloween tip was about the benefits of feeding pumpkin to your furbabies. Today's tip is related to this, but is about a part of the pumpkin that isn't as often discussed with regard to a furbaby's diet. Though we've mentioned these before, we're again talking about pumpkin seeds. If fed in a manner that is safe, pumpkin seeds can have health benefits for our furbabies, just as they can for humans. For example, pumpkin seeds contain valuable nutrients, and they can have anti-inflammatory properties. It is also believed by some that pumpkin seeds have some deworming properties as well.
All of the above being said, if you decide to offer pumpkin seeds to your kitty or pup, of course do so safely. First, feed them only as an occasional treat or food topper. In addition, if the seeds are a potential choking hazard, you can cut them into small pieces. Also, of course, ensure that the pumpkin seeds are plain, and that they do not contain any added ingredients, such as onion, garlic, or even salt or sugar. We'll again also add that, should your furbaby have any health concerns, of course first discuss adding anything such as pumpkin seeds to your furbaby's diet with your veterinarian.
Posted by The Menagerie Mom at 8:12 AM

Oh no Evan, the ghostie is back - MOL!

That ghostie is a pawsome photo bomber!

Evan, you have the most gloriously ginger and light ginger fur color!
Handsome as all get out!

Poor Evan, that ghost is a pest. I like the drawing. Great tips too.

Maybe you need to send the ghost to someone else's house. Then you might miss him and want him back.

Love the doodle, that cat is good at broom tricks, but i don't think she's amused.