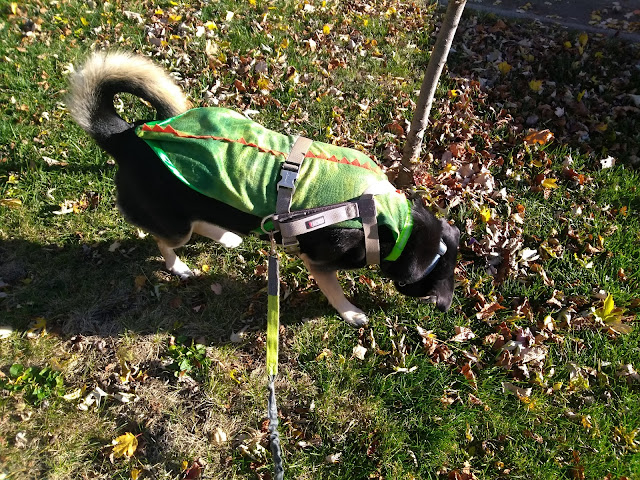 I'm never sure whether she's a dragon or a dinosaur, but either way, that's Astrid's go-to Halloween costume. Once we found one she didn't mind wearing, we stuck to it year after year. 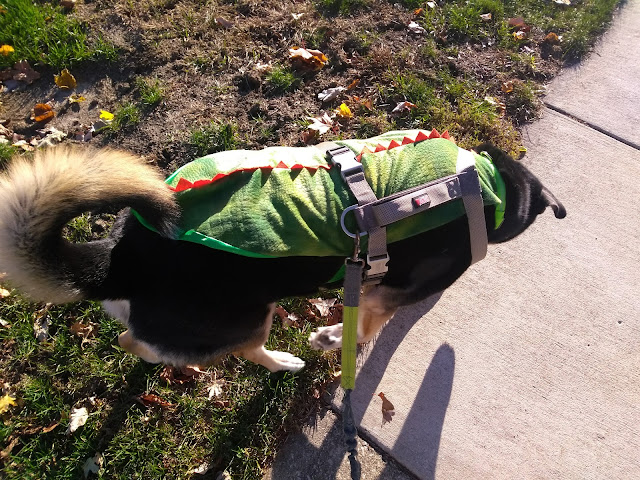 Astrid's grandma may or may not have had to alter the costume multiple times due to Astrid's, well, weight gain. Don't tell her I told you that. Please. 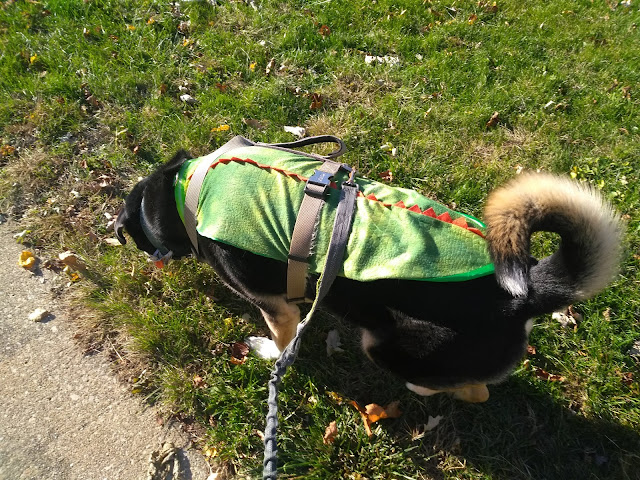 Oh, and the costume has a head piece that goes with it, complete with teeth and all, but Astrid says she is most definitely not wearing that. Ever. 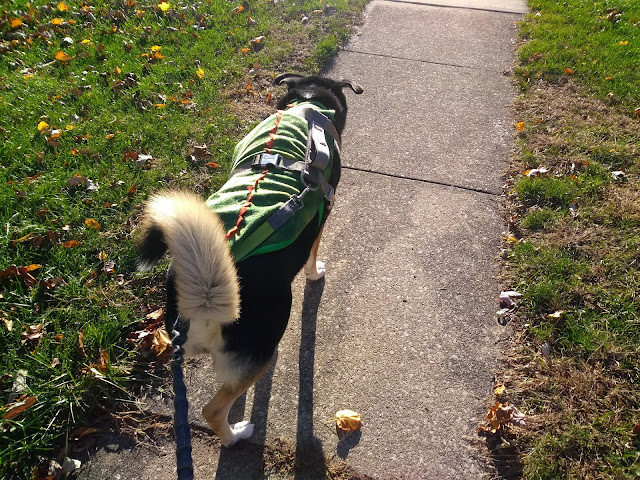 We hope you're all having a wonderful Wednesday!
***
Flashback Doodle of the Day
This flashback is all the way from 2018. It was one of the very first times I ever drew a cat-o'-lantern. This was also actually an illustration for a poem I scribbled up called "Sleepy Howl". 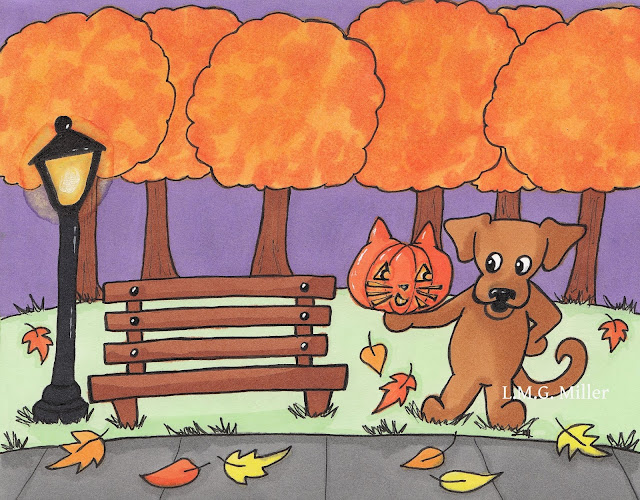 ***
Halloween Tip of the Day
Just yesterday, we gave the tip to avoid walking your pup or kitty on Halloween during trick-or-treat hours, in order to avoid the increased foot and road traffic that could lead to dangerous situations. On the other hand, today's tip involves some ideas for staying safe should you and your furbaby find yourselves out and about on Halloween night. If you're out on a walk on Halloween night, or any night for that matter, be sure to take a flashlight, as well your cell phone in case of emergency. At the same time, though, don't be distracted by using your phone instead of observing your surroundings. What's more, ensure that your furbaby's leash and collar include reflectors, and that you yourself are wearing reflectors in some way, so that both of you can remain seen and safe.
Another important factor if walking with your furbaby on Halloween night is to know where it might be safest to walk. Obviously, dark alleys are not the way to go, but you also want to ensure that you don't end up with a scared furbaby on the busiest trick-or-treating street. So, if you must head out for a stroll with your furbaby during trick-or-treat hours, think ahead about what route you should take. As we previously hinted, it should be a safe, well-lit area, but also one that won't be hustling and bustling with trick-or-treaters. This is especially important if the pup or kitty being walked is skittish or aggressive in any way. All in all, think ahead and make plans for where you can most safely take a walk with your furbaby should you need to go out on Halloween night.
Also, one last note we want to make is to watch your furbaby closely when walking them on Halloween, as well as on the following days. Trick-or-treaters might leave behind candy, candy wrappers, parts of costumes, or other unsafe goods. So, do keep an eye on that furbaby and make sure nothing unsafe makes it to their mouth when walking during the Halloween season, and year round.
Posted by The Menagerie Mom at 6:54 AM

Astrid, you look darling in your costume - too cute!

We think Astrid is definitely a cute dragon ! Purrs

I think it's a dragon! A cute one too! ~Ernie

Whatever she is, she is cute. I like the drawing and the tips are great.

Aww, you sure do make a cute dragon, Astrid!

She's a dragon, and a very good one.