It's Mancat Monday, so you better believe we have an Evan for you today. 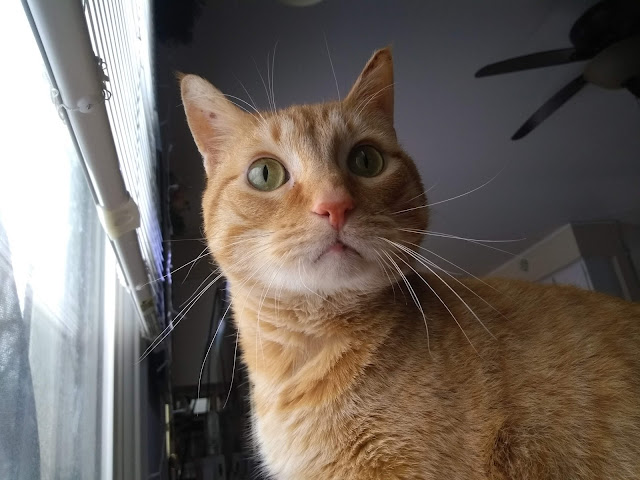 Evan's looking a bit shocked there, isn't he? It's probably because he just found out he has yet another grooming appointment this week. We've mentioned this all before. Hind limb paralyzed Evan has urinary incontinence, but he won't let me trim up his back end to help me keep him clean and dry. Apparently he'd rather a stranger do it. So, to the groomer Evan goes every two to three weeks. Come Thursday, he'll again look all trimmed up on his back end. Of course, he makes it look so very handsome. 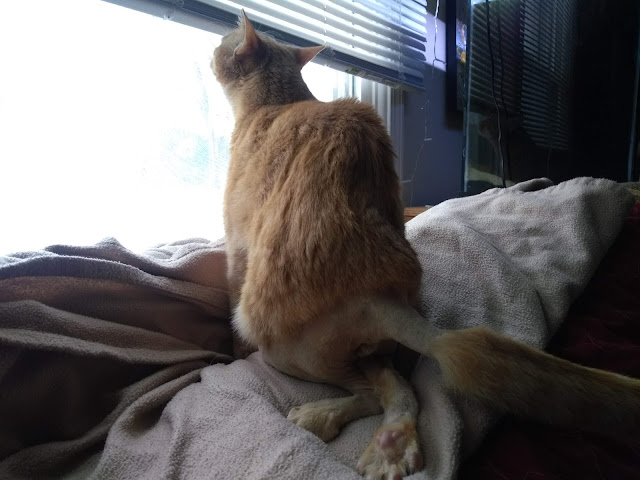 Happy Monday, friends!
***
Flashback Doodle of the Day
Now that I've seemingly sorted out at least a chunk of our internet and computer issues, and now that my full-time job is not so chaotic (knock on wood three times), I'll finally be back to sharing new doodles this week. At least for now, I'm aiming at getting back to sharing something like four new doodles most weeks, with flashback doodles being shared on the other three days of the week. I used to have this type of schedule of doodles I was able to stick to, and I'm working on getting back to that. But I digress.
First, though, for today, I thought I'd share this flashback doodle that I forgot about until I saw it in my archive the other day. I believe I created it for one of Angel Sammy's Thoroughly Poetic Thursday challenges a couple of years ago, and I kind of liked how it ended up. 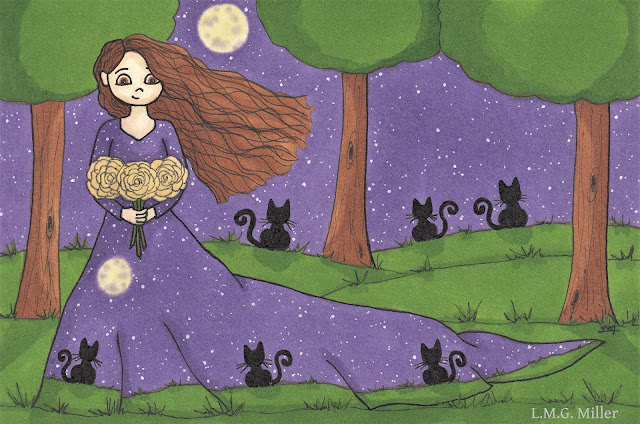 As we finish off May, we're continuing to share some relatively random tips. For today, we're reminding you about nonrecognition aggression. In a multipet household, when bringing one of the resident kitties or pups back home from someplace such as the vet, nonrecognition aggression is possible upon homecoming. This might occur, for example, if one of the furbabies in the home reacts to an unfamiliar smell (such as alcohol from a blood draw) or behavior (such as acting sedated after anesthesia) of the returning furbaby. Some animals are more prone to this, depending on their individual personality as well as past experiences. In such a case of nonrecognition aggression, or nonrecognition fear, do not force the animals to interact right away. It might even be best if you separate them, and even treat it as if they are being introduced to each other all over again, from the beginning. Separate them, allow them to sniff each from under doors, sniff and see each other through screens or gates, and so on and so forth. You might also consider trying out calming products, such as Feliway in the case of cats. You can of course also discuss options with your veterinarian. Overall, patience is key.

Poor Evan, he does look surprised. I like the drawing and your tips are excellent.

Guess Evan figures there are some things that his Momma shouldn't do.
He's so handsome.

He does look surprised, i noticed that even before i read about the appointment. He wouldn't have to be surprised with that so often if he'd let you do it, but try telling that to a cat, right?

Happy Monday, cutie pie! These appointments are for the best :)

Good luck at your appointment Evan.