Evan heard it was Toesies Tuesday. So, he decided that today he should give a review of his toesies. 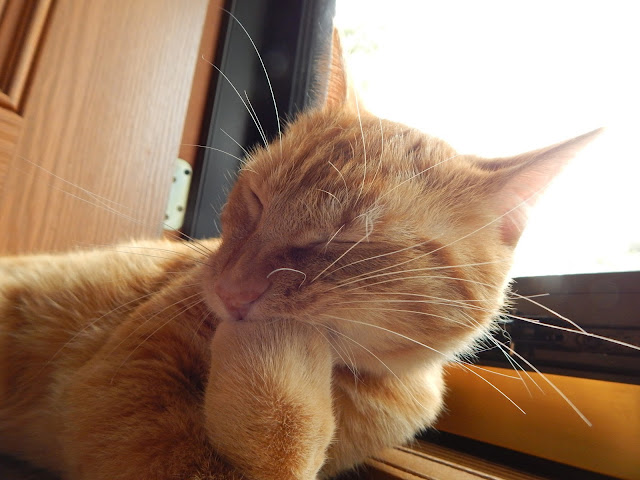 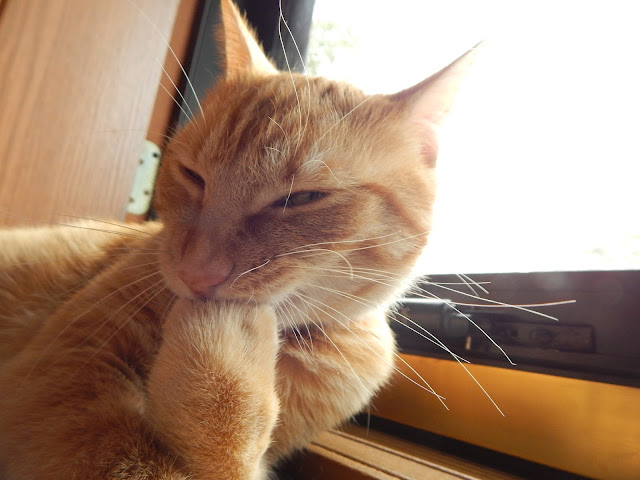 The verdict? He says they're quite delicious.

Anybuddy else have delectable toesies?


***
Our Tip of the Day:
It is often perfectly normal for kitties to chew on their claws, as that is how they remove the outer husks, or sheaths, of the nails. That's why you sometimes find kitty claw husks lying around your house. That being said, it is nevertheless still important to always monitor grooming and other related behaviors. This is because even cats can have anxiety and obsessive compulsive disorders that result in behaviors such as excessive nail chewing, just like humans can. Kitties will also often over-groom in other regards when anxious, such as by excessively chewing or licking the paws, abdomen, or other areas of the body. These behaviors can also be the result of certain medical issues, such as in the case of dermatitis or even a UTI. As always, you know your kitty best. If you think your kitty is nail-chewing or overall grooming beyond what is normal or healthy, please consult a veterinarian.
Posted by The Menagerie Mom at 5:33 AM

We hope you enjoyed chewing your toesies Evan.

Oh Evan, we love your review of your toes. Love that expression on your face. Great picture. Have a great day.

Evan, you really put a lot into that toesie taste test. :)

Those are some cute toes Evan, glad you keep them clean and trim. I always have to trim Prancie's because she doesn't do as good of a job as Evan and once she had one grow into her paw.

Oh yes, Evan, our toes are quite tasty! We do a thorough job of grooming them regularly, even though our mom trims our claws for us and tries to clean them too!

We've heard orange toesies taste like an orange creamsicle. Can we have a taste please?

Wonderful review of your toes ! Ours are tasty too. Purrs

I am glad you have tasty toesies, Evan. When I chew on my claws, the crunching noise makes my mum cringe.

They look delish from here too!

Handsome Evan, your toesies most certainly DO look nommy! :)