This week, all the furbabies around here decided to partake in the Sunday Selfies blog hop, hosted by our good furiends over The Cat on My Head. That's the good news. The bad news is that their selfies sort of the same old same old. Sometimes change is tough, and that was the case for my furbabies this week. That being said, here are some of our same old same old selfies: 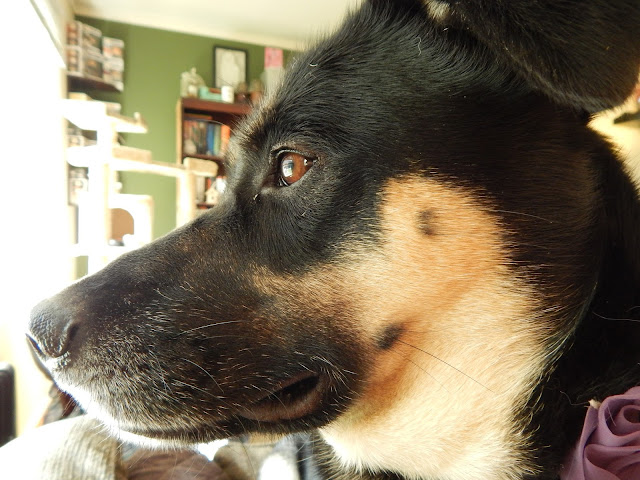 Astrid's a master of the stern gaze out the window. 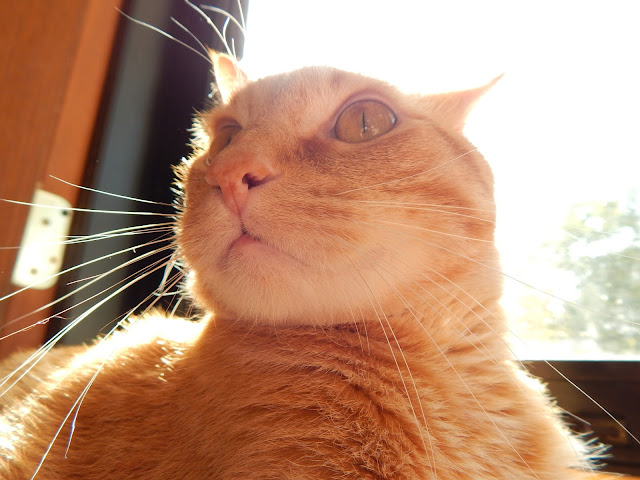 Evan wouldn't dare pose anywhere but in the blinding sun at his trusty front door. 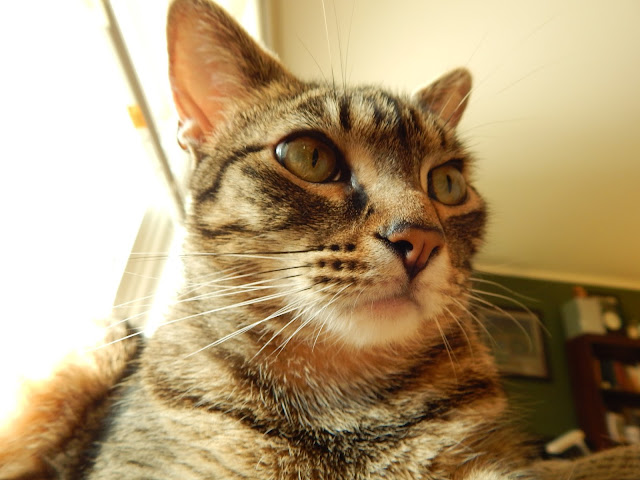 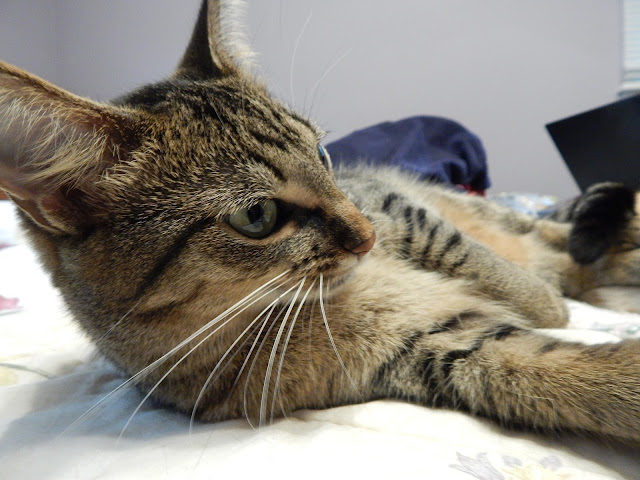 You know who else didn't do the same old same old? Toby! Housemate Toby decided that he wanted to join in on the selfies today, so that he could show off how he rocked the traveling sunglasses we recently had from Phoebe of 15andmeowing. See? 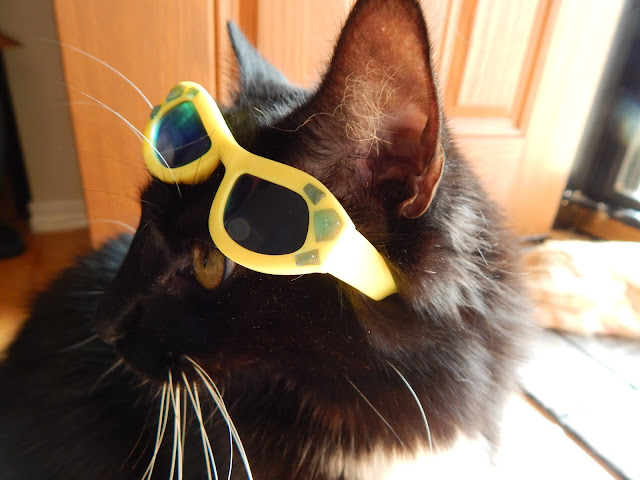 This calls for a shout-out. Thanks for sharing your sunglasses with us, Phoebe! All the furbabies had a blast with them. Well, Eddy wouldn't stop long enough to pose with them, but we all still enjoyed our super fun turn with them!

And for today's drawing, the prompt for JNW's Halloween Challenge is forest/plants. This human here loves trees and forests, so this was a fun one to ponder. We aimed for a haunted forest. We don't know how well that turned out, though, but here it is nonetheless. 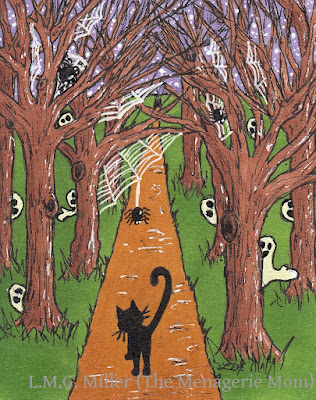 
***
Our Tip of the Day:
Especially when around unknown animals or at a location where other animals frequent, please always keep in mind that diseases can spread from animal to animal in a variety of ways. Saliva, urine, blood, and feces are some of the primary means of disease transferal. Respiratory infections are commonly spread through saliva, for example, whereas feline leukemia can be spread through saliva as well as urine and blood. There is also the concern of parasites such as Giardia, spread through feces or sources such as infested water. For these such reasons, please try to keep your furbaby from coming in contact with secretions or even such locations as the drinking sources of unknown animals.
Posted by The Menagerie Mom at 7:05 AM

I think those are pretty darn good,xx Speedy

Great job on the selfies, especially Eddy, how nice of her to stay still. :) And thank you Toby for being a good sport- you look handsome in the shades. I love the haunted forest drawing, very cute. And another great tip, I am glad my kitties are inside where it is safe from those kinds of things.

There's nothing wrong with same old, same old when it comes to these selfies! Everyone looks good. It's always good to see Evan in the sun next to his doorway and Thimble posing, and Astrid looking out the window and look at Eddy! Toby looks way cool with the sunglasses!

That is such a fun haunted forest! Fun from here but I wouldn't want to be in it!

Hope you all have a wonderful week!

Well, are those a bunch of good-looking kitties and doggies or WHAT?
Love from Loulou

Have a great Sunday!

They may be the same types of selfies, but they are wonderful!

Your haunted forest drawing is great, although we wouldn't want to be walking in there alone at night. :)

For us they are all new...and cute :) Love the paiting too, very spooky :D Pawkisses for a Happy Sunday :) <3

Cool shades, Toby! You all look so cute and I *love* your haunted forest!

We love all of your photos. GREAT selfies!!

Your selfies are all wonderful! My chi boys usually avoid the camera at all costs for some reason.

Loves the selfies, and the travelling sunglasses look really cool on Toby. Have a great week. purrs ERin

That forest looks really creepy. We know we would think twice about entering. We enjoyed seeing Eddy sitting still for a change. And Toby really rocked the sunglasses. Thanks for hopping with us. XOCK, Lily Olivia, Mauricio, Misty May, Giulietta, Fiona, Astrid, Lisbeth and Calista Jo

The look fine to us cats and doggies. Evan looks dazzling by the front door too!