A Dark Snout and Other Stuff

Today, we're here to bring you a photo of a snout in terrible lighting. There really isn't much more to say on the matter than that. 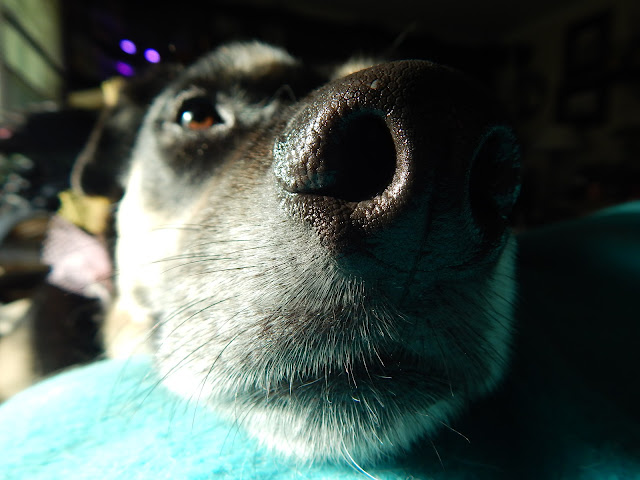 I'm sure we'll be back to our usual pouty-puppy-in-the-window shots soon enough. For today, though, Astrid informed me that you all needed a view up her poorly lit nostrils. 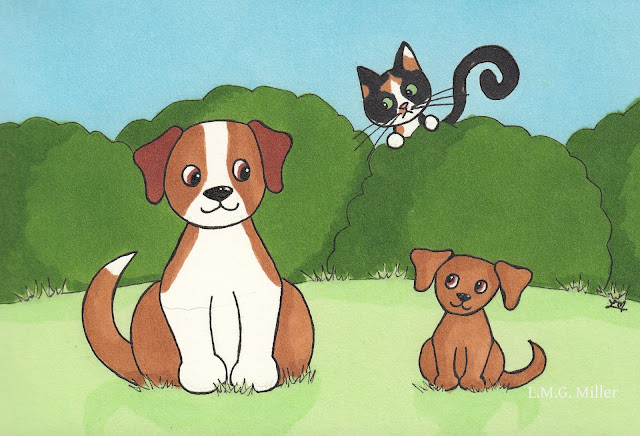 Like I mentioned yesterday, much of the concept art I've been working on lately is also serving as practice, or experimentation. I'm trying to find ways to draw certain subject matter that I either have never before drawn, or that I want to change up a bit. One bit of subject matter I've been wanting to experiment with is a little thing known as the dog. Mainly, I wanted to figure out a way to draw happier looking dogs.

The way I usually draw dog faces, such as my pup Astrid's face, always leaves them looking shocked or terrified. That expression might work sometimes, but other times it's a real bummer to see that I've created a nervous wreck of a dog in an otherwise happy scene. Cat faces have always been easier for me to draw, perhaps because their shape stays relatively the same across the species. Since I'm more comfortable drawing cats and their faces, I decided to try using some of the techniques I use to draw cats to draw dogs. The above was one such attempt.

That is a happy looking dog. Astrid, your snout looks good too. Have a fantastic day.

Great doodle; your dogs look happy to me!

Nice shot of Astrid's nose :) Cute drawing, they look like happy pups. I think my Sammy is part dog- he can smell cat food anywhere. :)

You have a darling nose, Astrid!

That’s quite a nose, Astrid!

Your pups in the doodle look happy and a bit bemused.

Those dogs in your doodle look pretty happy to us. :)

And Astrid, we love your nose from any angle, sweet pup!

*smooch* on the nose, Astrid ! Purrs

Good thing you have a clean snout, Astrid.