Tonks and the Toesies

Today is both Tonks Tuesday and Toesies Tuesday. In other words, Tonks has some toesies to show off. Believe it or not, though, the toesies in question don't even belong to Tonks. 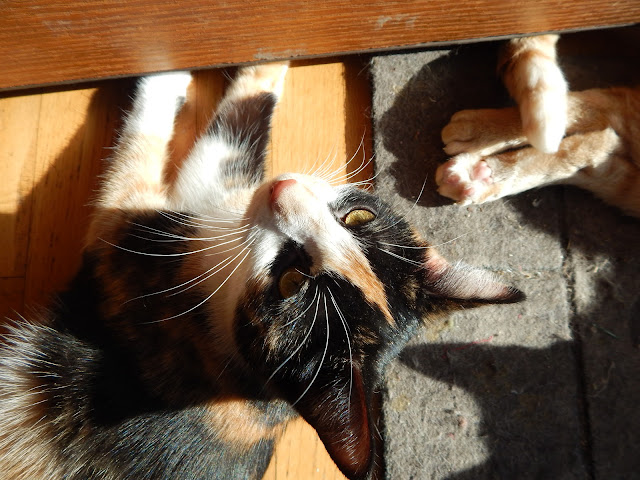 See? Tonks hid her toesies in order to showcase Evan's toesies instead. For the record, Tonks finds Evan's toesies to be so very fun to chase and slap around. Also, for those who don't know, Evan is hind limb paralyzed, which is why his back legs might look a tad bit twisted and unorthodox in photos like these. 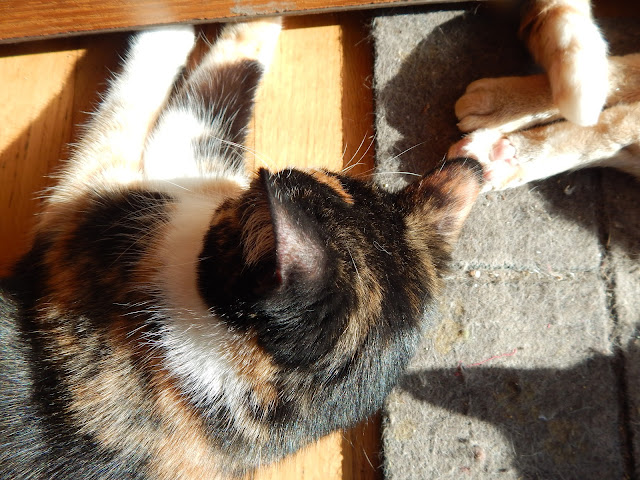 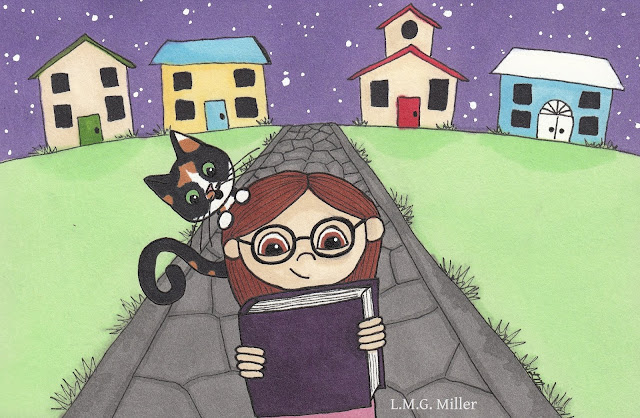 As I mentioned yesterday, I'm in the process of scribbling up concept art for some writing projects. The doodle above is another one of these.

It is also worth noting that, though nowadays is is believed not as prevalent as originally thought, it is still possible for humans to get Giardia from cats and dogs. For this reason, always be sure to wash your hands after cleaning up their waste, especially if they are known to have Giardia. Giardia is not something to take lightly, neither in our furbabies nor ourselves.
Posted by The Menagerie Mom at 5:21 AM

Tonks, you look good in that sun puddle. Does Evan like you playing with his toesies?

If I couldn't play with cat's feet, I'd be very sad indeed.

What does Evan think about you playing with his toesies, Tonks ? Purrs

Evan's the master of toesies! He shows them off like a boss!

Such cute toesies and kitties. Great drawing and excellent tips.

You're very generous to hide your own precious toesies in order to spotlight another, Tonks!

Tonks you are beautiful, and it's great that you let Evan show his toes.

Your doodles are intriguing, you must have some kind of a story planned!