I am a huge fan of closeup shots of cute, furry faces. That being said, I'm not always the best at snapping them. 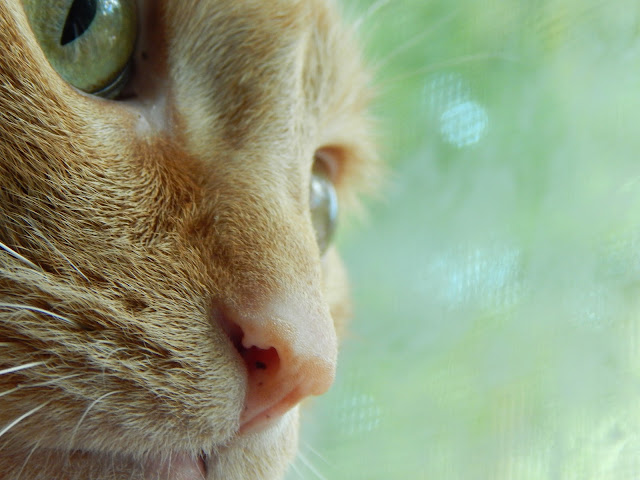 In that one there, I was trying to get a clear, sharp, closeup shot of Evan's adorably freckled nose. Instead, though, I managed to get the camera to primarily focus on his cheek. You can see those little hairs in great detail, but not those nose freckles. I tried again in the image below, but the result wasn't any better. 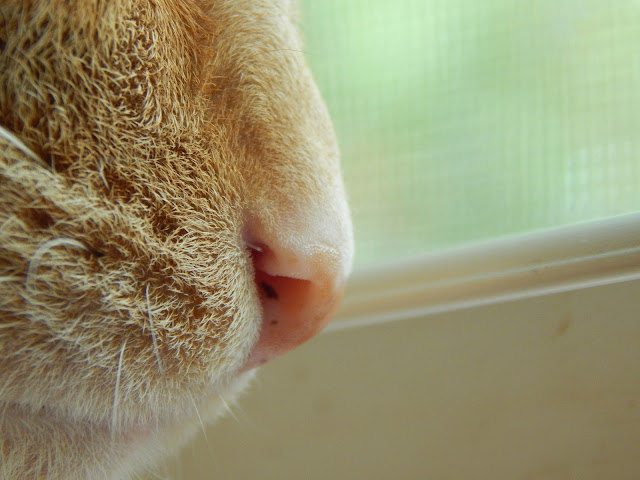 My next attempt was a closeup shot of Evan's eye. Again, though, I somehow prompted the camera to more so focus on the fur near his eye. 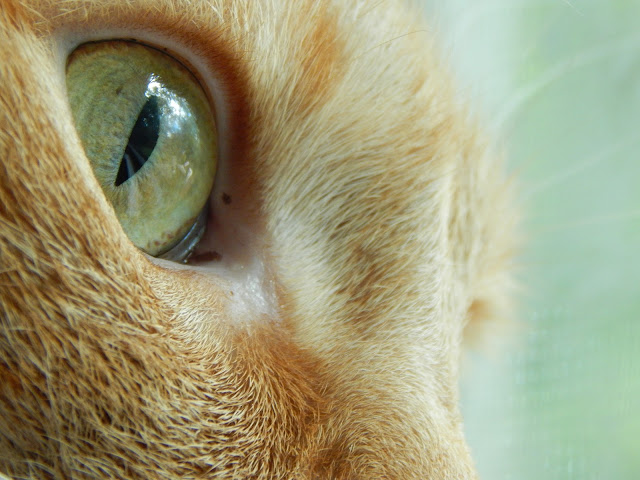 Evan hopes that you enjoyed his closeup shots, even if this here human did a poor job with them. What's a mancat gotta do to get a decent photographer?


***
Halloween Doodle of the Day 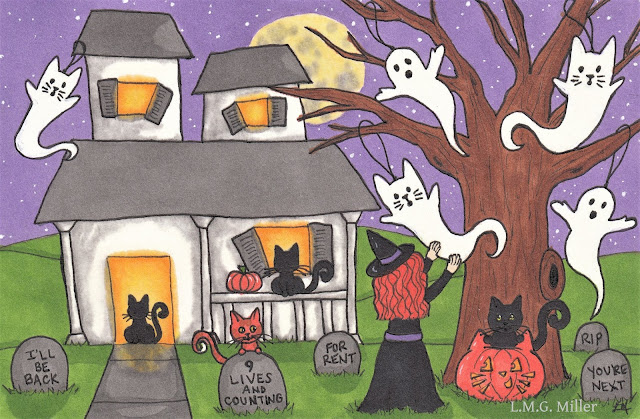 Today's tip is about none other than costumes. As you might see upon visiting a pet store this time of year, Halloween costumes are sometimes just as popular for kitties and pups as they are for children of the human sort. That being said, though, it is best to only put and keep a costume on a furbaby who tolerates and enjoys it. Some cats and dogs simply do not like wearing costumes or other clothing items, and those such furbabies should not be forced to wear a costume for Halloween, or any time of the year. If you do try a costume on your kitty or pup, watch for signs of stress, such as trying to remove the costume or restlessness. If you do notice any signs that your furbaby is not enjoying a costume you've chosen for them, remove it and simply let them don their birthday suit this Halloween.
Posted by The Menagerie Mom at 6:27 AM

We think those are excellent close ups!

What beautiful eyes and nose freckles you have!

Evan, you are a supermodel!
I just want to put hats on my cats...is that so wrong? Well, according to The Hubby, it's a sin! LOL!
But he still made up a tinfoil hat for me; I just haven't had the right time to get it on a cat to snap photos!

I love those freckles and those beautiful eyes- Evan has the whole package. Cute drawing too. And excellent tips. I attempted a Halloween photo shoot today and it did not go well. Joanie gave me grief, I will have to wait for Thye Great One to help.

I think they're beautiful photos! Love those kitty ghosts too :)

Evan, i think you underestimate your photographer and food provider!