Hello and happy Friday, friends! It's time for the Friendly Fill-Ins challenge, and we'd love for you to join us. My amazing co-host Ellen of 15andmeowing came up with the first two fill-in statements, and I came up with the second two.

You are also welcome to complete the fill-ins in the comments below,
or in the comments on Ellen's blog, 15andmeowing.
***
And now it's time for the Pet Photo Fails Blog Hop, hosted by none other than Melissa and Mudpie of Melissa's Mochas, Mysteries, & Meows. 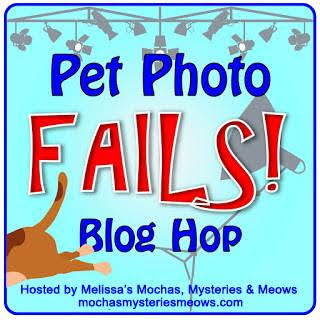 Our resident blooper queen Eddy of course has some outtakes to share. These were during a recent photo shoot, in which I tried to use Eddy's attention on the window to get decent photos of her. Even so, most of the photos look a little something like this. 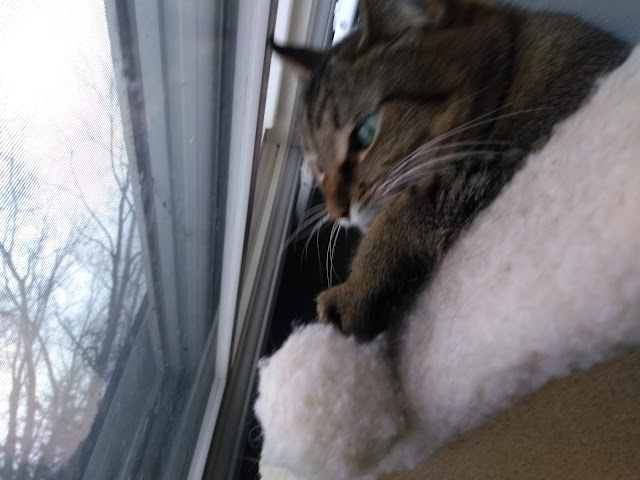 As if blurry wasn't good enough, Eddy next decided to straight up block her face from the camera's view. 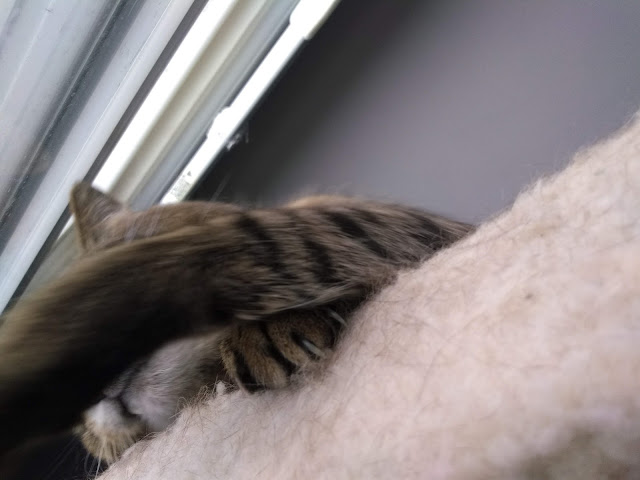 For the illustration of yesterday's poem, I actually used a flashback doodle from last year. If you didn't see it, it involved a kitty who decided to not be upset by whether or not her, well, butt looked big. Makes sense, right? Well, I had one more doodle I scribbled up to go with that one, this time with a kitty who wasn't so pleased. So, I figured I'd share that one today. 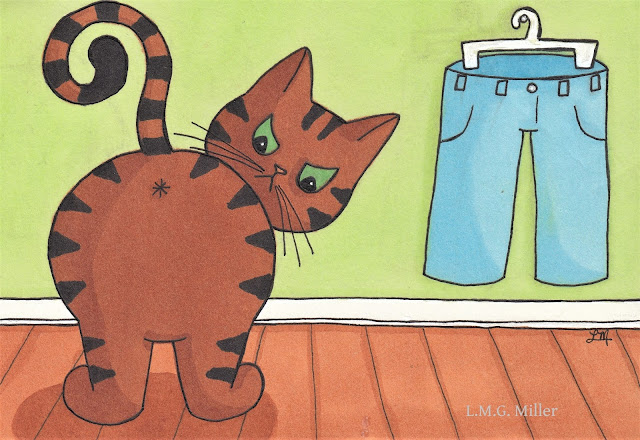 Today's random little tidbit of a tip is to keep your cat or dog's nose in mind when using scented items in the home. Cats and dogs both have a far better sense of smell than us humans. This is why some smells, such as citrus, often cause a cat or dog to turn and skedaddle in the other direction. Scents like citrus are already smell strong, but it's even stronger for a cat or dog's nose. This said, keep this in mind when selecting scents for detergents, candles, and other household items. Not only is it important that you are aware of these items because they can be dangerous to our furbabies for various reasons, but it's also important to remember that a cat or dog's sensitive nose might be offended by certain fragrance options of these kinds of items. For example, if you wash your kitty or pup's favorite bed with a citrus-scented or other pungent detergent, there is the chance that they might not want to sleep on it simply due to its strong scent. And if citrus or another especially strong scent fills a certain room, such as due to a candle or spray, a cat or dog might avoid that room in order to be away from that smell. Some cats and dogs of course will not care or will simply get used to some scents, even strong ones, but still do keep in mind your cat or dog's powerful nose when buying scented items.

Posted by The Menagerie Mom at 8:03 AM

Eddy is such a cutie.

Great fill ins...I had cat food shortage too. It's so annoying.

Your answer to #3 hit home, as I've just spent 3 days at the office, attending to a 40 person meeting.
Too peopley, too much noise...I just wanted to be home with the cats!

MOL I love the bloopers! This whole cat food shortage is one time I'm very thankful Mudpie isn't a fan of wet food :(

I LOVE that drawing- I can so relate. :) Great fill-in answers. I had the same for #2. How odd that people were fighting outside the church. Nice bloopers from Eddy. Have a wonderful weekend. XO

Home is often the best place to be.

Love the bloopers, and thanks for hosting the fill-ins!

Your #3 is SO me. Purrfect bloopers,Eddy!