Do you know how we just the other day said that, though it pains us, we are more or less finished with our Christmas posts? Well, guess what? Psych! We somehow found ourselves in a couple more Christmasy photo shoots very recently, and so we're not, in fact, done with the Christmas season just yet.

This here human watches Christmas movies over and over again, probably more times and for far more weeks than most other, normal humans. Though Christmas has come and gone for most folk, we still watch Christmas movies every night, and will probably watch them throughout a good chunk of January, even if we've seen them all dozens of times already. Luckily, the furbabies around here don't mind. In fact, some of them seem just as eager to continue watching festive films as this here strange human. 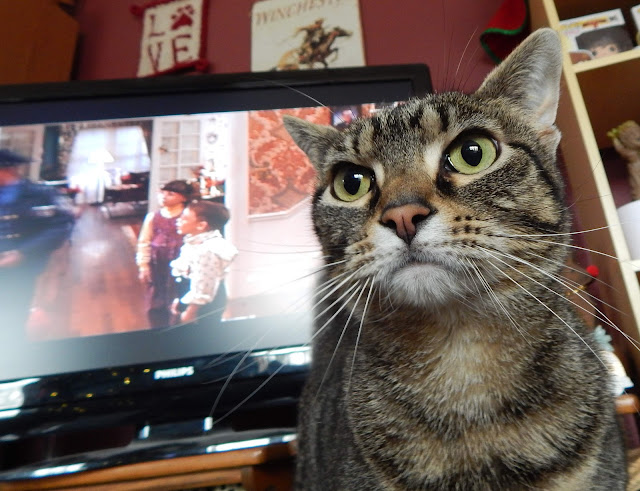 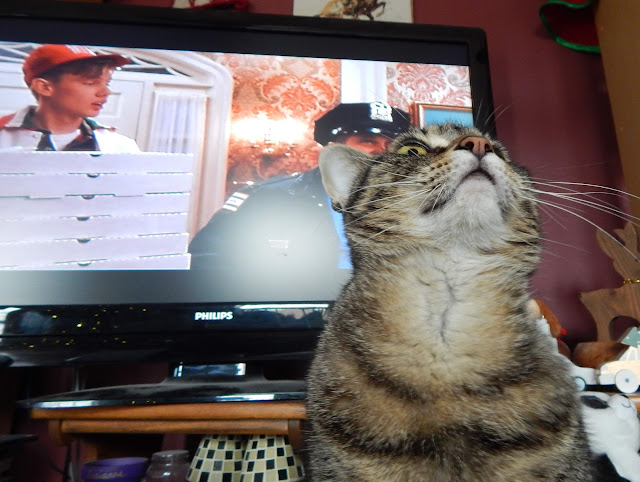 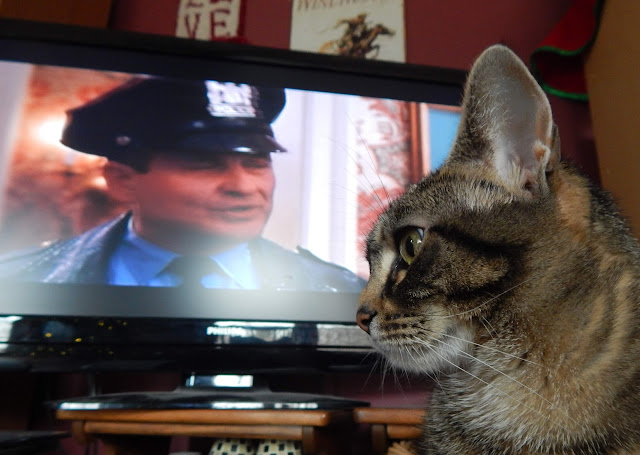 Can you tell what Christmas movie Thimble and I were watching on the television just yesterday? I used to watch it as a kid, and still enjoy watching it every year. It's probably considered more or less a classic these days. 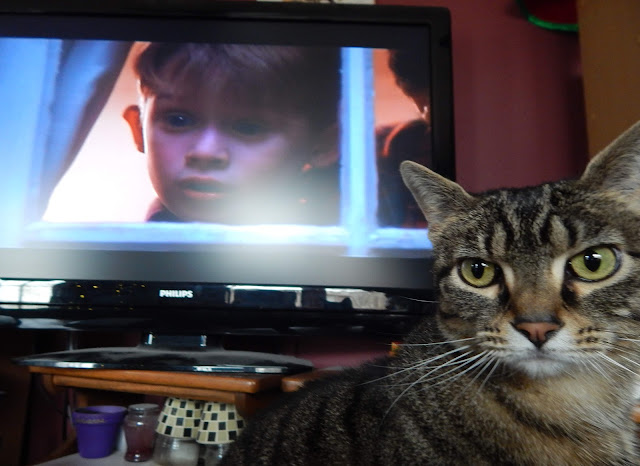 Now, excuse us while we go watch another festive film. And, no, I'm not kidding. I'm perusing my Christmas selection as we speak and we'll be watching one in a matter of minutes. 'Tis the season (forever, apparently)!

Warm wishes to all of you friends of ours!

Today's doodle is one of the gifts I gave my sister for Christmas. 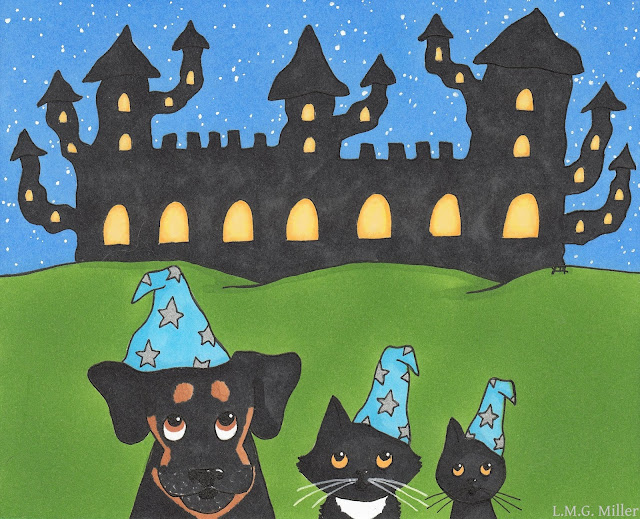 That's Astrid, the pup we more or less co-parent, as well as her kitties, Toby and Winky, who live with us. Like myself, my sister is a huge fan of fantasy and Harry Potter, and so that's how this doodle originated. What's more, that there wizarding doodle sort of sets up the little series of winter doodles we'll be starting tomorrow. This upcoming series will actually be based on one of my favorite instrumental Christmas/winter songs. This may or may not make more sense tomorrow, when we explain it. Then again, given the way my brain works, even after my explanation it very well may still make absolutely no sense at all.

Yesterday's tip was to do regular checks of outdoor cat shelters, such as to ensure that the shelter is not leaking, broken, or dirty. Another tip in this same line of thought, but that we failed to mention yesterday, is to ensure that shelter doorways do not become blocked by snow or anything of this sort. If it snows, check the shelter and clear away any snow that might threaten to block the doorway. This will ensure that the feline inhabitants can enter and exit safely and without feeling trapped. Also check for anything else that might block the shelter entrance or cause a similar issue, such as if a thunderstorm or wind knocks down or blows around tree limbs or other debris. In such cases, of course ensure that the shelter entrance is not blocked, but also that the shelter did not suffer any damage. When you are caring for ferals and other outdoor cats, offering them shelter might mean you have yet another little home to look after, but it will be for a very good cause.
Posted by The Menagerie Mom at 4:57 AM

Home Alone is one of the mom's favorites!

We like all those movies too. Love the doodle. You all have a super duper day.

There are so many great Christmas movies, i don’t blame you for wanting to see them again and for longer than just during the six weeks or so of Advent/Christmas.

Our mom took all the decorations down on New Year's Day. We miss the tree.

We love those movies too ! Home Alone is a "classic" for Christmas ! Purrs

Thimble, you look in the last picture makes me think you're pouting because Mom's watching the TV and not you :)

I love Home Alone. I recognized that pizza delivery boy right away :) I only liked the 1st two though. I think the Christmas season should go through January. Cute photos and drawing. Excellent tips too. XO

We have a few leftover Xmas pics too. Mostly of cards we got (and thankful fer all them.