Look at us speed through this week. It's already Tuesday! It's also the third day of the A to Z Challenge. Where does that leave us? The letter C, of course! 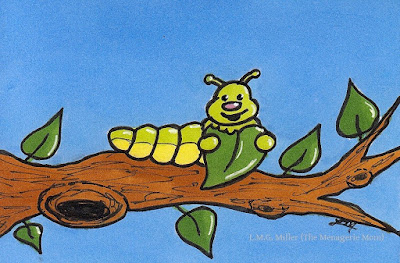 Yes, we do allow insects like this little caterpillar into our A to Z Menagerie. Don't ask us to include any spiders, though. That's just scary.

Of course, the furbabies here said it wouldn't be a complete post without a cameo from some of them. So, how about a shot of Thimble and housemate Toby enjoying some sun while guarding the door? 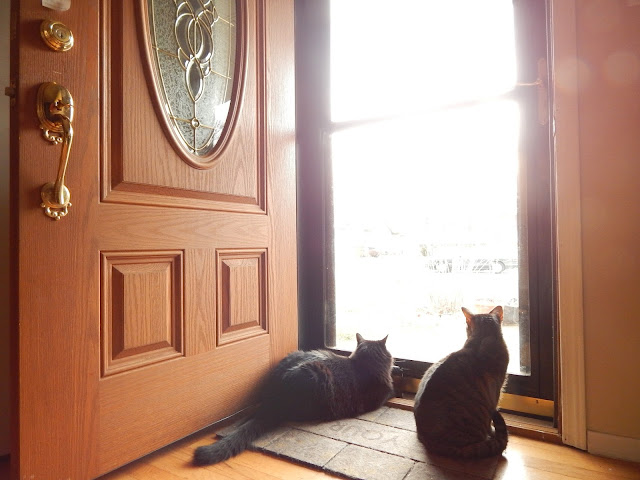 Gotta keep an eye on those neighbor kids. The sun puddle is a great bonus, though.


***
Our Tip of the Day:
Did you know that some caterpillars can be dangerous to our furbabies, and potentially even to us? There are some types of caterpillar that release toxins as defense mechanisms, and some of these toxins can be potentially lethal if touched or ingested. Some caterpillars can sting in a sense, such as with the hair-like spines on their bodies, and others release poisonous substances when a predator attempts to ingest them. In some cases, caterpillars are even dangerous due to the substances contained within the plants they eat, which are then transferred to their system and which can then poison an animal that attempts to consume the caterpillar. Though of course not all caterpillars are dangerous, if you are unsure of such a critter's status, it is likely best to steer your furbaby away from these little crawlers.
Posted by The Menagerie Mom at 6:16 AM

That looks like such fun watching out that door. Bet there were lots of good stuff to see out there. Love the drawing of the caterpillar. You all have a wonderful day.

What good guard cats you are! We love that caterpillar.

Great job on C, I like how you tied it to your tip. I remember hearing about some white caterpillars that were dangerous to touch, best to avoid them all.

You have the best and most beautiful door to snoopervise through!

I love your cute little caterpillar! Looks like Thimble and Toby are getting the guard duty job done.

I didn't know that plants the caterpillar eats can make some of them poisonous. EEK!

I'm surprised there's an open door that doesn't include Mr. Sunshine himself, Evan. That's some sweet sun too! I'm sure your Mom appreciates you two keeping her safe.

Looks like you've got a great view! The last two days have been just gorgeous here but now rain, rain, rain until the weekend :(

That's one adorable caterpillar. And you two look great looking out the door, Thimble and Toby! :)

Evan isn't on guard duty? Didn't know that about catepillars altho #senile TW seems to think she read it years ago but forgot.