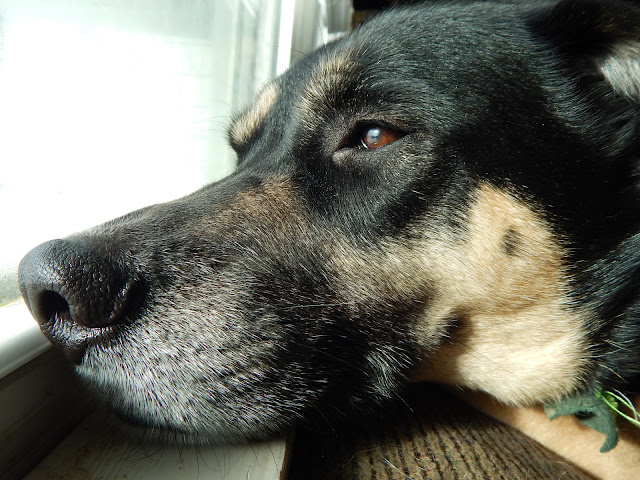 I'm always amazed at how many different yet also nearly identical shots I have of pup Astrid gazing out her beloved window. The image above is one you've never seen before, even though it probably looks like roughly one thousand other images you have indeed seen of this pup. This girl clearly doesn't like change.

We have another feline-infused fairy tale doodle for you all today. 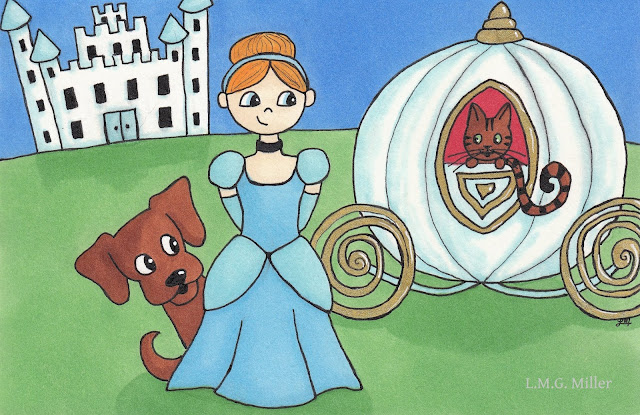 Truth be told, Cinderella has never been one of my favorite movies, or fairy tales in general. That being said, I have always been a fan of Cinderella's pup friend Bruno. I thought Bruno and Cinderella could use a feline friend, though, and one just a tad bit more friendly than the cat known as Lucifer.

Today's National Pet Poison Awareness Month tip is one that relates to our previous tips on pesticides, but is also one upon which we failed to expand. The type of pesticide of which we speak today is none other than mothballs. Mothballs come in a variety of forms, and typically release gas vapors intended to repel or kill moths, or other pests. When it comes to our furbabies, mothballs can cause toxicity via inhalation, skin contact, or ingestion. Dogs are perhaps the most likely to ingest mothballs, but cats are more sensitive to their effects. Old-fashioned mothballs are the most dangerous, as they contain naphthalene. More modern mothballs are typically formulated to be less dangerous to kitties, pups, and ourselves, but they can still pose risks. Mothball poisoning can result in vomiting, lethargy, difficulty breathing, or even failure of organs such as the liver or kidneys.

Needless to say, it is likely best to avoid the use of mothballs altogether. There are alternatives to ridding your clothes or areas of the home of moths. Some of these methods may require more laborious cleaning and may indeed be more time-consuming than simply tossing in a mothball, but the health of your furbaby is well worth the effort.
Posted by The Menagerie Mom at 4:03 AM

When you find the perfect spot to have the perfect view and a perfect bit of sun and relaxation you STICK WITH IT! Right Astrid?

Our Little Bit had a favorite window too. She would stare out at the world for hours. We sure miss her.

Have a woof woof day, Astrid. My best to your mom. ♥

If it works stick with it Astrid
Timmy and Family

In elementary school, I played in the mouse chorus, for our 'Cinderella' production. I refused to wear just a leotard and tights...I added a skirt too, and a matching bow in my hair with my mouse ears.

Well, we know what Astrid loves to do.

I never tire of Astird's nose. Great drawing too- I love fairy tales. And excellent tip. No mothballs here that smell never goes away when in clothes.

Cinderella does need a nice cat friend. That’s the one part of the movie i didn’t like, how they portrayed the cat as a bad guy.

We feed a community cat also named Doodle. I’m sure our cat would enjoy looking out from inside one day