Though Tonks and Eddy still do not get along in the least, they are actually very much alike. Perhaps that's why they so strongly despise each other? Well, anyway, both Tonks and Eddy are very set in their ways, they are both incredibly active and playful, and they both refuse to sit still for the camera. That's why, in order for you all to get a Tonks Tuesday post today, you're going to have to settle for some bloopers. This little calico sure does try to give blooper queen Eddy a run for her money. 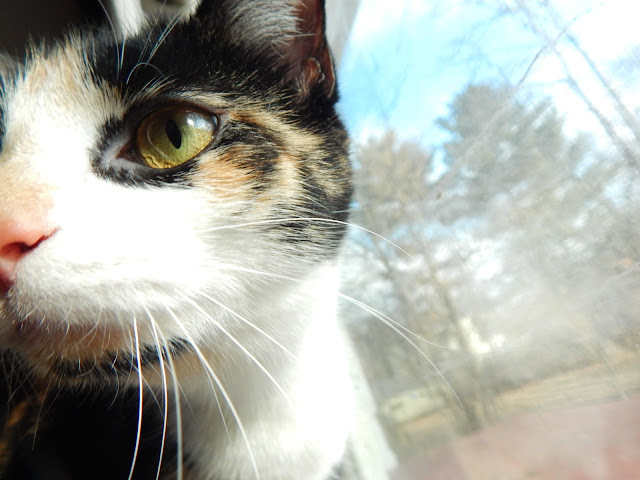 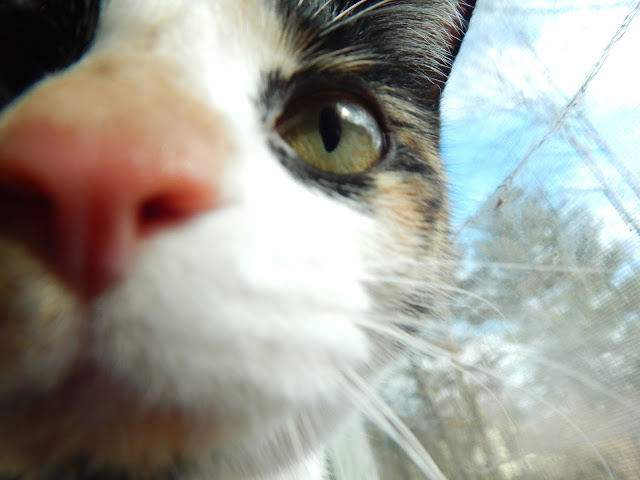 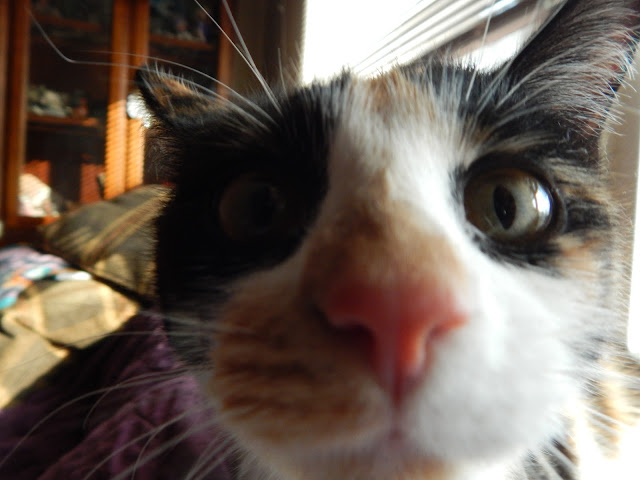 This next one actually isn't too much of a blooper. See? 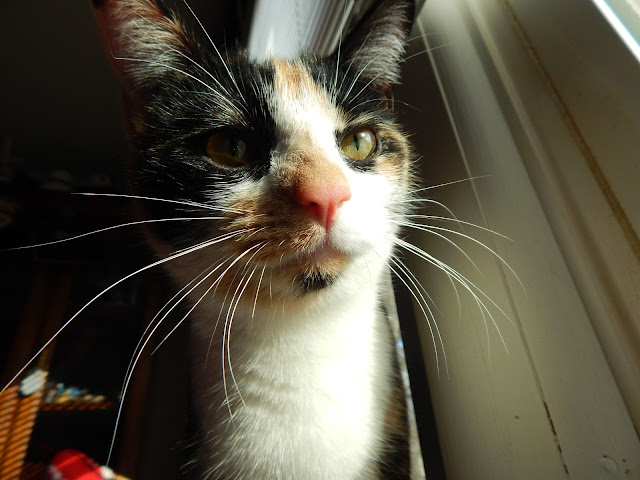 Just look at those whiskers! And that pink nose! Tonks thought you might like yet another closer look, so here you go: 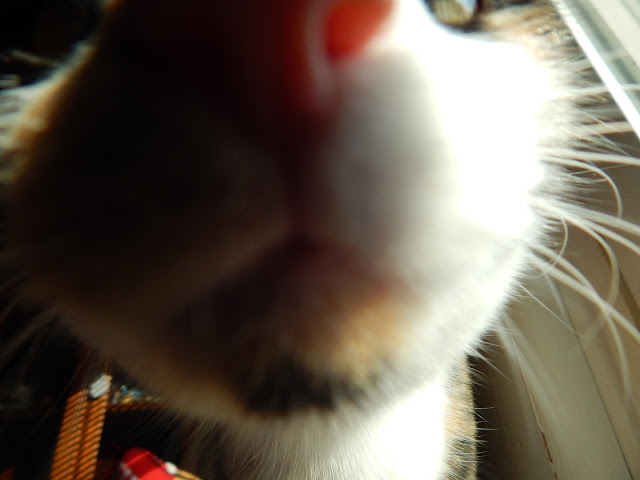 It's been a while since I've given an update on the status of the ongoing feud that is Eddy versus the kittens. The long and short of it is that, though I frequently do and will continue with attempts to get Eddy and the kittens even a bit more used to each other by way of monitored visits, they really just don't like each other. Some days are better than others, some days are worse than others, and some days it's a downright war zone around here.

Eddy has never really liked other cats all that much, except for her mancat Evan, so it's not like I was all that surprised when she displayed her hatred the second the kittens arrived last year. The kittens, especially Tonks, very much so feed off of Eddy's aversion to them, and so when they interact with Eddy, there is a surplus of mutual hissing, growling, swatting, chasing (truth be told, Eddy is so fearful and skittish that it's the kittens who are chasing her in 99.9% of the chase scenes at our house), and all that wonderful goodness that often rears its head in a multicat home. It sure is catty around here sometimes! Luckily, though, Eddy has always been happy to spend the majority of her time in the safety of my bedroom, and a simple baby gate in my bedroom doorway has prevented an excess of cat fights, while also allowing everyone to still be able to see and hear each other.

Have a terrific Tuesday, friends! 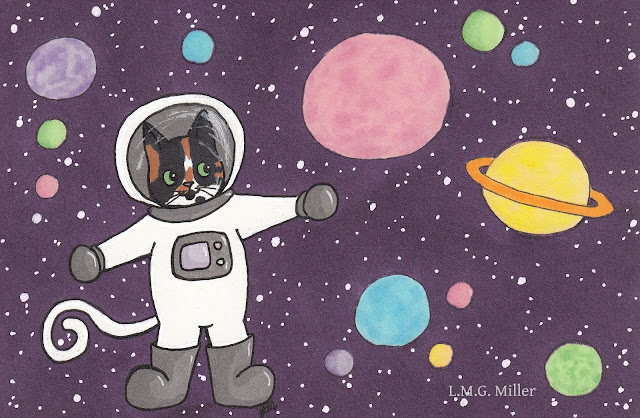 In addition, if you do use any form of fertilizer, weed killer, or pesticide, always be cautious where you store it. Make sure that it is in an areas that your furbaby cannot reach. And yet another consideration to make is the possibility of your furbaby or yourself unknowingly walking through a treated area while outside. Therefore, after a stroll outside, you might consider wiping off your furbaby's paws, as well as your shoes, to help ensure that nothing unknown is left lingering and entering the home. We can't say it enough times—it's better to be safe than sorry!
Posted by The Menagerie Mom at 12:03 AM

I do the same closeup thing to da camera sometimes Tonks!

Tonks, we think those are some great pictures of you. We just like Calico cats, no matter what you are doing. Have a great day.

Again, another lovely Space Cat doodle!
Angel doesn't really like her humans any more than she does Da Boyz, so it's so fortunate that she can have the upstairs apartment to herself, with the humans visiting occasionally, and of course we sleep up there too.

Tonks is such a cutie. I love her markings, so pretty. I am sorry everyone doesn't get along. I have that same problem here. Joanie spends most of her time in the bedroom because almost everyone picks on her. Sammy and Prancie can be in with her, but not together because Sammy goes after Prancie. I love the drawing. Excellent tips too.

We are very happy to see Tonks today. We love any kind of photo of him. The closeup photos are always the best. Thanks for sharing the wonderful photos. Have a great day.
World of Animals

Tonks, please don’t ever change, you are too cute.

Cats in space, i think they would make the best pets on the ISS.

She is so ridiculously cute it's not even funny!

Right after I adopted Bear, he and Kitty turned our home into a war zone. And Bear's personality made it very difficult to give Kitty the space she needed (closing her in her own room just made Bear destroy the carpet trying to dig under the door). I wish I could say it got better - but it didn't. Bear and Ellie sometimes go at it - but Ellie stands up for herself and so things go much more smoothly (usually). Eddy sounds like Kitty in that she doesn't even bring the fight to the interaction because she so badly wants to be left alone.

I love the "ULTRA CLOSEUPS"......not bloopers to me but "up close and personals" which I think are adorable. As for the kitty war waging between the kittens and anyone else - I guess WE worry more about those things than the cats do. They find a sometimes unhappy for some kind of balance - hissing and growling seems to keep the distance issue resolved. It's probably more uncomfortable for US than it is for them. LOL