Last week pup Astrid gave her monthly review as part of the Chewy.com Blogger Outreach Program, and now it's the kitties' turn.

To put it simply, it's never easy to select a product for the kitties around these parts. One product might be a hit, another might fall flat, and many products are well-loved by roughly one kitty or maybe even two, while the other felines reject it wholeheartedly. That being said, this month I selected for the kitties a treat I hoped would at the very least entice the two treat eaters (that's right, all two of them) in this house.

And so, for this month's review, the kitties are trying out Halo Healthsome® real chicken treats. 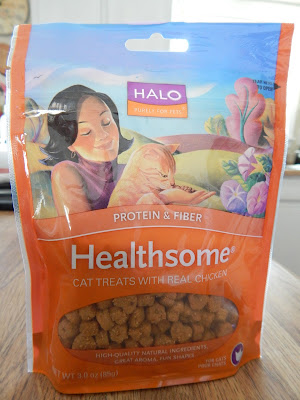 These treats are indicated as indeed being made from real chicken, in addition to fruits and vegetables, including pumpkin. It even has catnip thrown in the mix to really entice those furbabies. These Halo Healthsome® treats contain no corn, wheat, fillers, or added sugars.

For us humans, always looking for those aesthetics, these treats are even pretty darn cute. 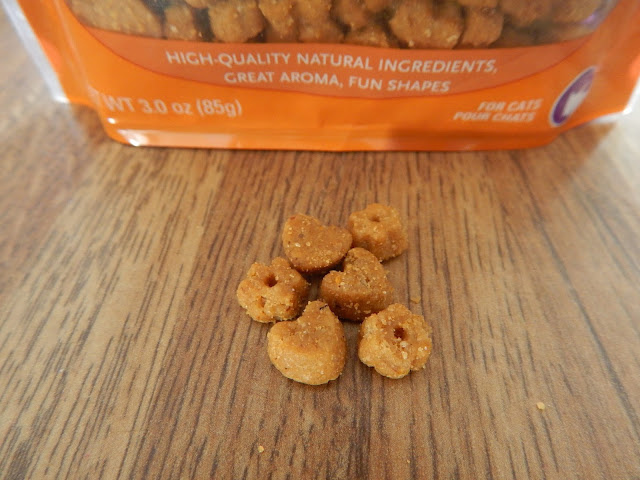 See? Nothing like feeding your furbaby tasty little hearts and flowers.

That being said, did the furbabies around here eat these treats? Well, first I tried them out on the main treat guru, Evan. And I am pleased to say... 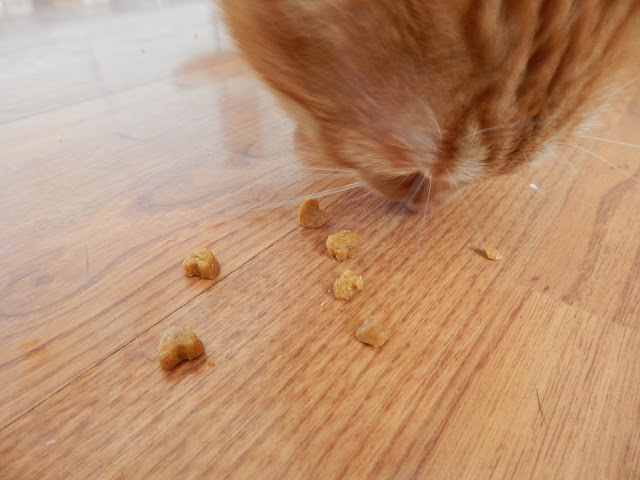 ...they passed his taste test!

Now, remember how I said that there are an impressive two kitties in this house who will actually eat treats? Well, the other is housemate Toby. So, I called him over to see if he wanted to give these a shot. Before I could even divvy some out to him, he stole Evan's! 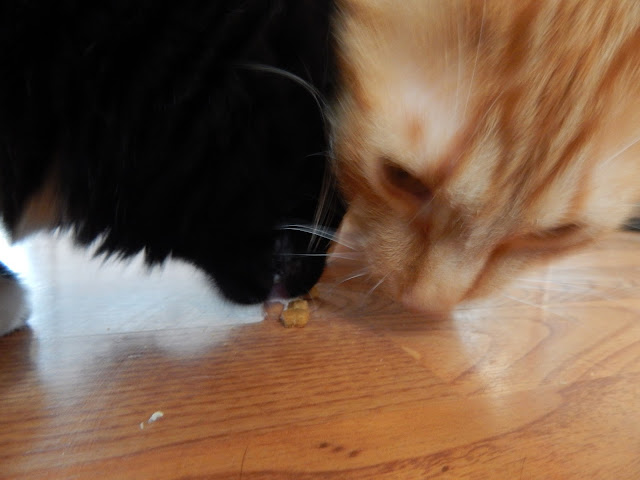 Apparently these treats are so good they warrant thievery. Well, needless to say, I gave each boy their own delectable pile of goodies, and all was well. 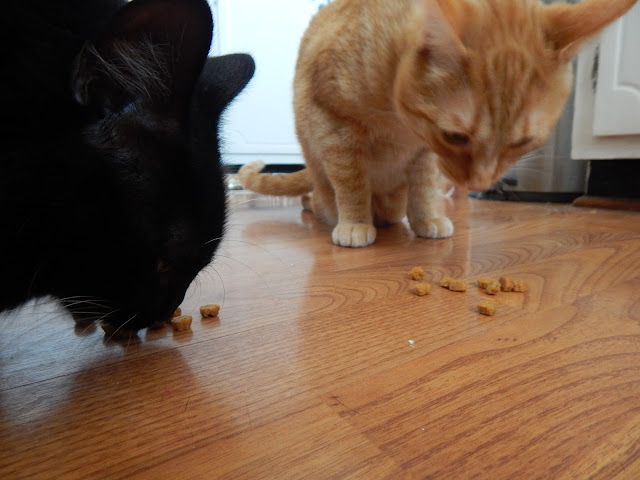 So, since neither Thimble nor Eddy will eat any treats, at all, we'll be fair and only count Evan and Toby's votes here. And that means 8 out of out of 8 paws up for Halo Healthsome® treats!


(Disclaimer: As members of the Chewy.com Blogger Outreach Program, we received Halo Healthsome® real chicken treats in exchange for an honest review. All opinions are our own. We only review products that we believe will be of interest to our readers, and we never recommend a product that we do not believe in.)


Now, this post got me in the mood for some food art. But, given that I can't help but draw me some furriness as well, this happened: 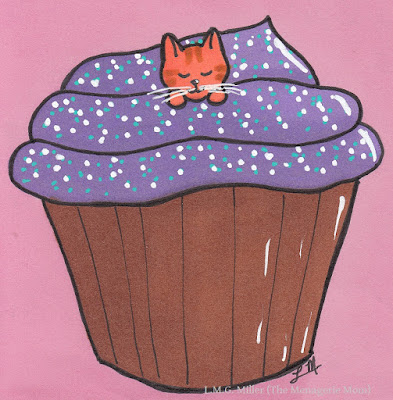 That's Evan for you. I wanted to draw him with a food he actually liked, but since hard kibbles are admittedly not all that fun to draw, and since butter just doesn't come across quite as magically as a cupcake, this is what landed on the paper in front of me last night. I did make muffins over the weekend, though, and Evan did enjoy some licks of butter during the process, so I guess this sort of relates? Anyway, I've been in a real food mood lately, so prepare yourselves for some more furry foodies this week.

We hope that everybuddy has a fantastic Tuesday!


***
Our Tip of the Day:
When giving your kitty some catnip to enjoy, always keep in mind that sometimes too much of a good thing can end up being not so good. Especially when giving a kitty catnip for the first time, start by doling it out sparingly, so that you can learn your kitty's catnip playing techniques. While some cats seem to get next to nothing out of catnip, others might become hyperactive or even aggressive. So, when it comes to catnip, learn your individual kitty's reaction to it, and then use it accordingly. When in doubt, only give small amounts at a time, to avoid any hyperactive, aggressive, or other unsafe side effects.
Posted by The Menagerie Mom at 12:03 AM

Those treats do look yummy and healthy. Evan, you make a perfect topping for that muffin.You all have a wonderful day.

Those must be good treats for 8 paws up. I will have to try Phoebe with those, they would be healthier than the usual Temptations. Very cute drawing, except now I want a cupcake :) And excellent tip, some cats do get aggressive with nip.

Those treats were a huge hit! We'll check them out.

Those pictures sure do speak for themselves! Great review!

Aaaaaaaaaaaaaw How cute. We're glad they liked da treats. Mommy bought us some once and they stank to high heaven. So we won't go near those things anymore. MOL Big hugs to all.

YAY...so glad the two of you enjoyed your new treats! And that's just about the yummiest cupcake I've ever seen!

I should have gone for those treats. They look good.

That's definitely a resoundingly lip-smacking recommendation from Evan and Toby. :)

Love the Evan-cupcake drawing ... so cute!

Glad they liked them.