A Tonks and Toby Tuesday

When I came home from work yesterday, I stumbled upon a sight that I don't see often. Actually, I don't think I've ever seen this sight before. 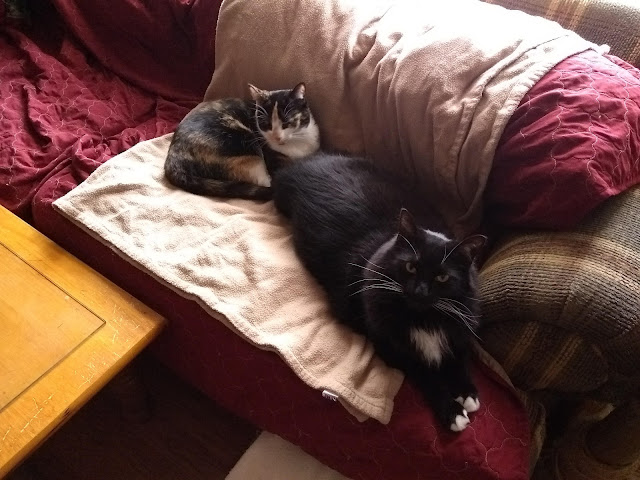 I honestly don't believe I've ever seen Tonks and Toby sitting so close to each other. That's not to say that they don't ever share furniture, but they just aren't necessarily the best of friends. If I'm being honest, Toby picks on Tonks. Perhaps that's why I was even more surprised when Tonks cozied up even closer to Toby. 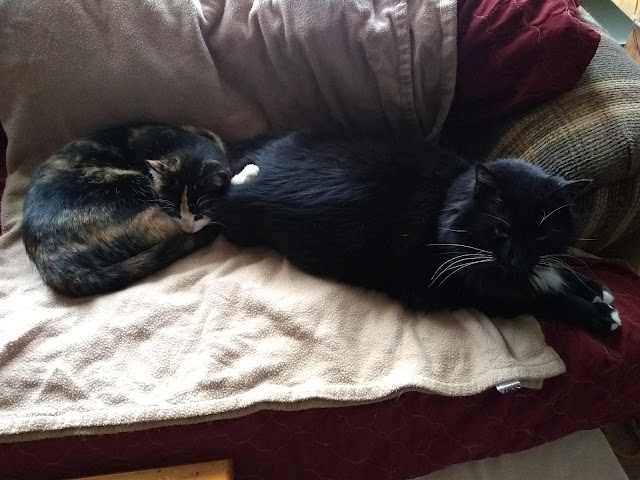 As with any photo shoot, this cuddle session also had a couple bloopers to offer. The first one came when Toby decided to show off his fangs. 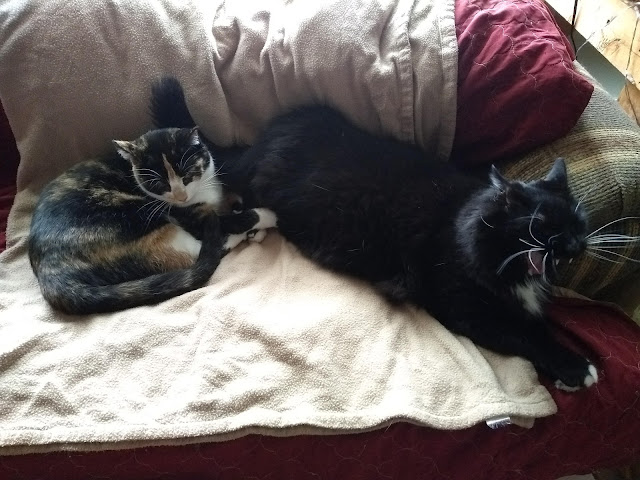 The next blooper is even more blurry, and it's also way more rude. 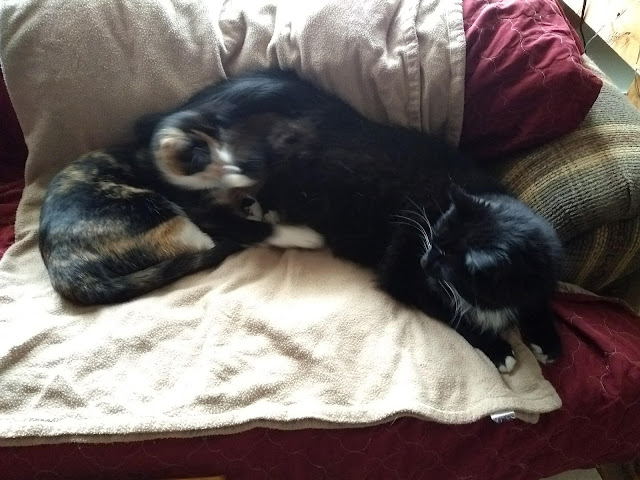 In case you can't tell, in that second blooper Toby is kicking Tonks in the face. And they say chivalry is dead.

As we mentioned yesterday, we'll be sharing quite a few flashback doodles over the next week or so. This is simply because over these next few days, I'm using most of my artsy fartsy time to gear up for April's A to Z challenge. I want to have a good chunk of my A to Z doodles done before April hits.

The flashback doodles we're sharing these days are all from one particular series we created pretty much this same exact time last year. It's a series of doodles revolving around various fairy tales. Yesterday's flashback doodle didn't star a beast, but it did star Belle, some cats, and of course a book. Today's stars a redhead, or two. 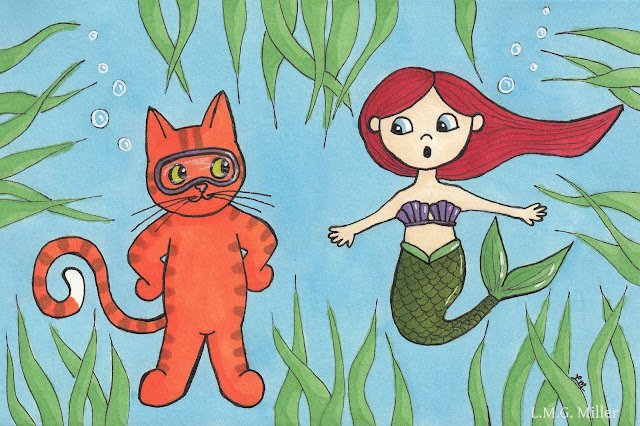 Today's National Pet Poison Awareness Month tip is about the toxic gas known as carbon monoxide (CO). CO is not only dangerous to us humans, but also incredibly dangerous to our kitties, pups, and other animals. CO most often results from car exhaust, fire/smoke, and when generator systems fail. When a large amount of CO is inhaled, this can lead to cells in the body becoming deprived of oxygen. CO poisoning can thereby result in life-threatening effects on the cardiovascular system, neurological system, and other important systems of the body.

Needless to say, do all that you can to prevent both your furbaby's and your own exposure to CO. Set up CO monitors in your home, and ensure that they are always properly functioning. Of course also ensure that you have functioning fire and smoke alarms. There are all-in-one alarms on the market that detect fire, smoke, and CO. In addition to this, properly maintain any generators that you have, and do not use them if they are in any way malfunctioning. Also, of course, do not let your kitty or pup into a closed, unventilated garage where a car or other motor vehicle is running. CO can be a silent killer, so do all that you can to protect your furbaby, as well as yourself, from it and its deadly effects.
Posted by The Menagerie Mom at 12:00 AM

Well how nice that these two were able to tolerate being up close and purrrsonal for a while anyway until the BIG KICK. I suppose something is better than nothing??? Everybody needs a friend these days!

I'll never understand why cats like to use other cat's rear ends as pillows!

Boys will be boys. Poor Tonks. I like your Ariel drawing. Great tips too.

Well, that sure was nice to see while it lasted. Toby has some really amazing fangs. We hope Tonks can get some payback one day. Thanks for sharing the great photos. Have a wonderful day.
World of Animals

Sometimes i've had them do that, move from tormenting to tolerating in bits and pieces. Maybe the kicks will end soon and there will be peace on Earth in your home.

We bet they're better friends than you think. ;)

I bet it made you happy while it lasted!

Aww, it's always fun until somebuddy gets kicked in the head!