Pup Astrid decided to change up her look a bit today. So, do you like how she styled her ear? 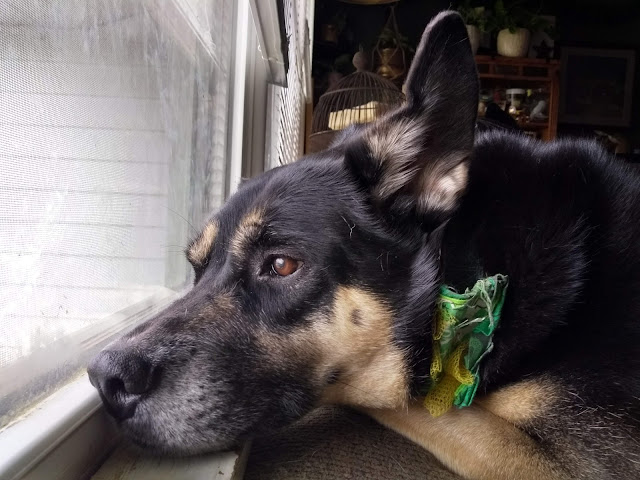 For the record, I did not pose Astrid's ear for this photo. Her ears are usually perfectly floppy, but on occasion they do a little stand-up comedy. This was one of those times.

Well wishes to all on this Wednesday! 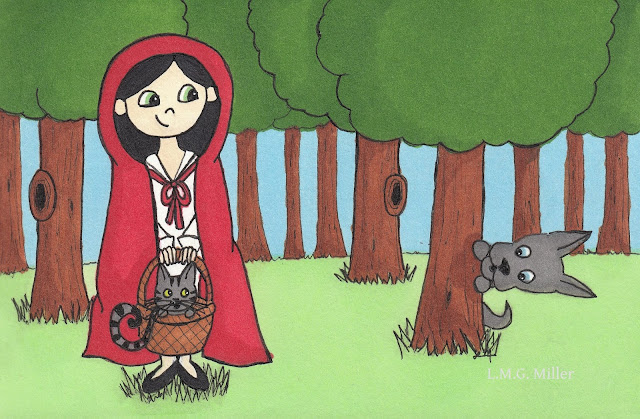 As part of National Pet Poison Awareness Month, we're now talking about the risk of poisonous bites your kitty or pup might receive from other critters. Depending on where you live, or where you might be visiting with your furbaby, you might find it necessary to be on the lookout for critters such as snakes and spiders whose bites can have toxic effects. When it comes to snakes, some of the dangerous ones include certain coral snakes and rattlesnakes. As for spiders, as most of you certainly know, black widows and brown recluses are among the most dangerous. Bites from such critters can result in any number of dangerous or life-threatening side effects, including cardiovascular shock, respiratory distress, neurological damage, and tissue damage, among others.

When outdoors, especially in areas where snakes, spiders, or other venomous critters are a known possibility, always monitor your furbaby and keep an eye out for danger. As needed, research the wildlife of areas you will be, so that you know what snakes, spiders, and other critters of which to be cautious. Of course, if your kitty or pup is bitten by a spider or snake, especially a known venomous one, do not hesitate to seek veterinary care. In many such cases, counteracting the venom in a timely manner is crucial.
Posted by The Menagerie Mom at 12:27 AM

We love what you did with your ear, Astrid. :)

You're rocking the ear look!

I love when dogs run, and their ears flop up and down...so cute!

We are careful about outdoor critters. Dad says mice are OK. Snakies are not.

Very cute shot of Astrid. I like the drawing too, Little Red Riding Hood is one of my favorites. Great tips too.

Your ear stand up comedy is quite amusing. Thank you, Astrid!

Truffle and Brulee stay indoors, so they are protected from most critters.

That's a nice rick, standing your ear at attention, Astrid! :)