Evan was hoping to snap a calm, soothing, snoozing selfie for today. So, he curled up next to his mom on the couch and prepared himself. The problem, though, is that this here mom of his turned on the television. That annoying box with moving pictures did nothing but flash lights on poor Evan as he tried to snooze and snap selfies. Isn't that rude? Here, see the rudeness for yourself. 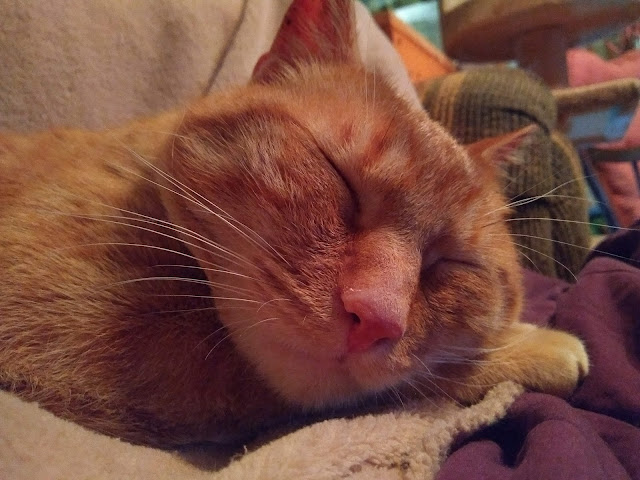 Doesn't Evan look so cozy? That was before the TV was turned on. As soon as that annoying box with flashing lights and moving pictures was clicked on, it did nothing for poor Evan's lighting. 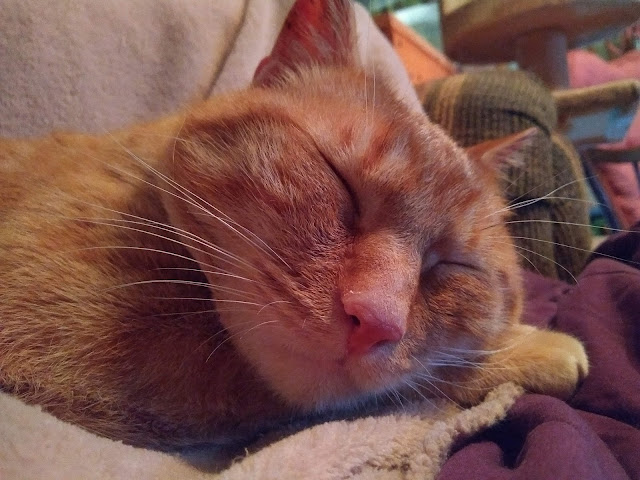 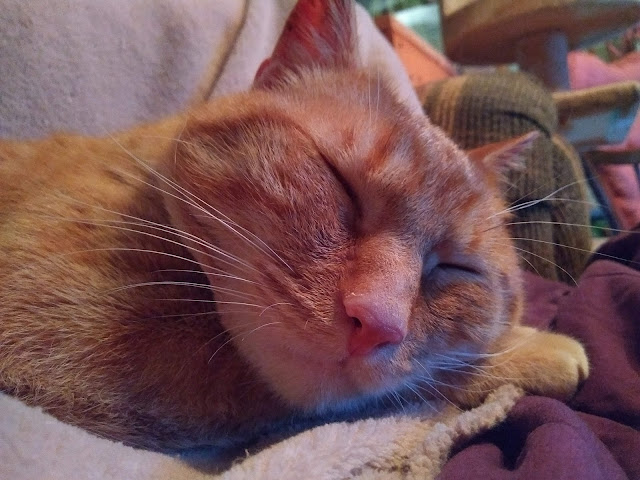 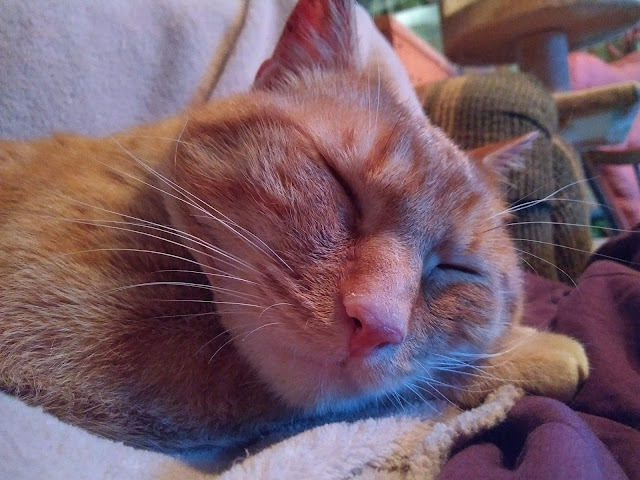 See? Do you see those lights flashing all over Evan? He even got an animation of all the flashing lights on his poor face as he tried to snooze.

Isn't that so rude! How can a boy snooze and snap selfies with these sorts of annoyances? Evan wants to know if the rest of you kitties have to put up with such obnoxious human habits as television watching? He hopes you all have naps and photo shoots far less interrupted than his!

I'm still chipping away at my doodles for April's A to Z Challenge. In case you missed our announcement yesterday, our doodles for the alphabetical challenge will be in a series called "A Day at Rosie's Restaurant". As I work at preparing these doodles, we've been sharing primarily flashback doodles through the end of March. These flashbacks are in a series from last year that was inspired by various fairy tales. So, here's another one of those silly little doodles. 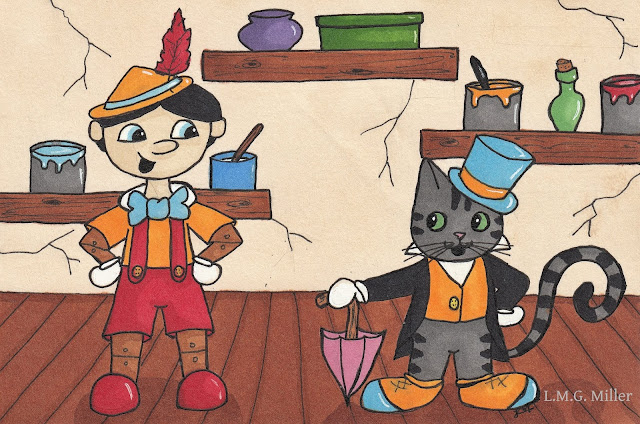 We're of course here today with another National Pet Poison Awareness Month tip. It's time to give a reminder of the dirty details of keeping your kitty or pup safe. What we mean is, don't forget to keep your garbage can, recycling bin, dirty dishwasher, compost, and other similar areas safe against curious furbabies. Garbage cans or recycling bins, for example, might contain empty containers for potentially poisonous substances, such as detergents. The garbage can, dishwasher, or even compost might also contain the remnants of food that is toxic to a cat or dog. When it comes to the compost, or perhaps even the garbage can, moldy foods especially might be found within, and moldy food can contain mycotoxins, which are indeed toxic to our furbabies.

All in all, what we're trying to say is to never forget all of the details, no matter how dirty, for ensuring that your kitty or pup is free from any form of poisoning or other injury. Use garbage cans that are securely lidded or pet-proof in another way. You could even hide your garbage can in a cabinet, drawer, or room to which your furbaby cannot gain access. Also ensure that your dirty dishwasher remains securely closed, and that any compost you have is kept somewhere that your furbaby cannot reach. Even if a precaution seems like overkill, it's probably not. After all, when it comes to the health and safety of your furbaby, it is of course best to take no risks.
Posted by The Menagerie Mom at 1:53 AM

We ignore the TV mostly. Ayla loves to watch golf balls and feetballs moving around, but that isnt happening lately.

Poor Evan. We don't have a TV here except Bird TV which I think you would enjoy!

So many times I've been super excited to see how a picture turns out only to realize later that the TV or computer screen cast a strange color on my cats! It's nearly impossible to fix and no matter how many times I do it, I always forget to check that before I take pictures. Evan is pretty adorable as always - he looks pretty comfortable despite the distraction!

Evan looks like he's managed to tune out the TV even with the flashies and noise. We are pretty good at that when we want to be - right Evan?

Our kitties don't have to ignore the TV here, there's only one screen, it stays in Sweetie's man cave hooked up only to a DVD player and no cats go in there. They do have to put up with me trying to type on the keyboards they want to lie on. Oh, well, the things cats tolerate in order to grace us with their presence.

Have a blessed and beautiful Sunday!

Unlike Evan I think I can snooze through pretty much anything and everything- television, music, including dad's wanna be rock star guitar noise- you name it, I can sleep through it.

Well, he managed to sleep through all that despite being annoyed. :)

That surely was annoying, but you handled it well, Evan! :)

Poor Evan, the indignities suffered to keep your peep entertained, it is just amazing - MOL!

Evan is such a cutie. I like the Pinochio drawing. Have you seen the adabout him not being a good motivational speaker-it it is funny. Jinx is our trash picker so we always make sure bones go right outside to the bin.

Evan, it looks like you were sound asleep during this whole time. But we love seeing you all comfy and having some good nap time. Thanks for the share. Have a fantastic rest of your day.
World of Animals

Poor baby. Mudpie isn't a fan of the TV either. Too much noise!

I think you managed everything very well, Evan, as I see a smile there on your face😸Clean Pawkisses for a Happy Week ahead. Stay Safe Healthy and Yourselfie🙏🐾😽💞