It's Mancat Monday. Obviously that means we're going to give you a dose of mancat. 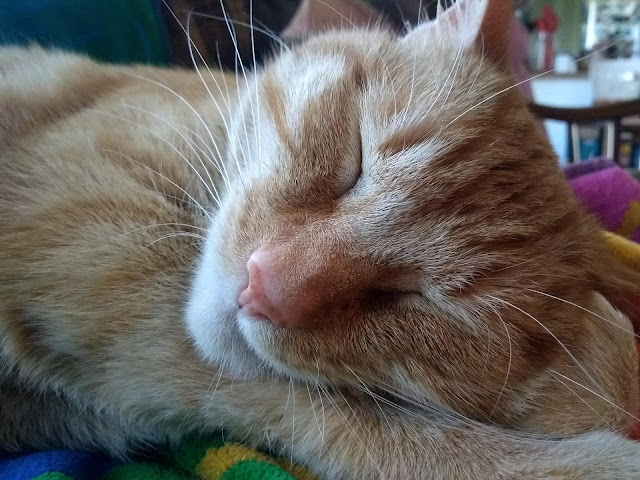 One of Evan's favorite things to do is snooze next to this mom of his on the couch. That's exactly what he was doing in that there photo. This orange boy is my little shadow, and I love it.

We're still sharing flashback doodles from last year's April A to Z Challenge. In this alphabetical challenge last year, we shared Rosie going through a busy day. For today's flashbacks, we're going to share some a couple of the doodles that relate to Evan's fondness for snuggling with his mom on the couch or in bed.

For the first flashback doodle of today, we have Rosie taking a nap. Evan loves naps as well. 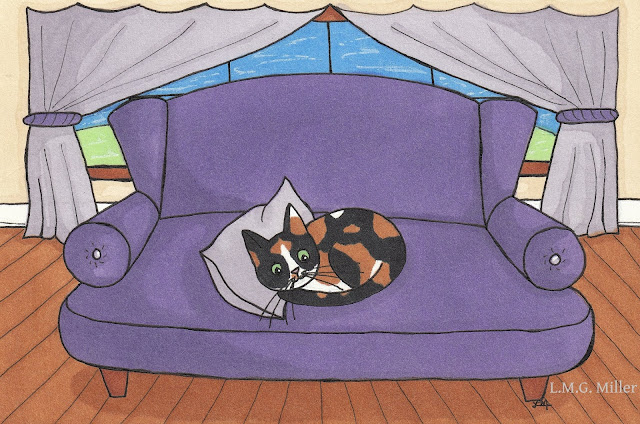 The other flashback we have for today is Rosie turning in for the night. Evan loves bedtime, because that's equivalent to cuddle time. 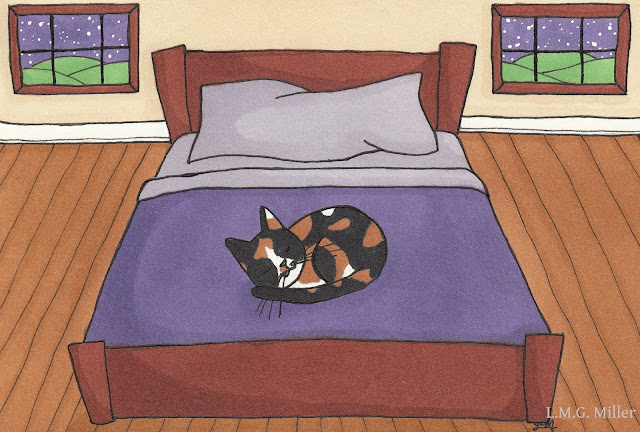 Evan and all of us here wish you all lots of rest and relaxation!

And, there is one last note for pup parents. Though there is a more successful heartworm treatment for dogs, heartworm disease can cause permanent damage. This can lead to lifelong issues, such as of the heart and lungs, even after the heartworms are eradicated. For this reason, heartworm prevention is of course also recommended for dogs.
Posted by The Menagerie Mom at 12:00 AM

Your little shadow is just the cutest little guy for sure! Have a great, safe week, y'all.

Evan you look TOTALLY (and I mean totally) comfy and relaxed!! ZZZZ

My favorite part about napping kitties, is rubbing their tummies! Both Manny and CB just roll over and allow full access to their bellies, and I take advantage!

Evan is such a cutie. I like the drawings of Angel Rosie. Excellent tips and explanation of heartworms. It is very confusing the way they are different in dogs and cats.

Evan is so sweet!

Evan is an adorable ManCat!

Such a sweet photo AND art!

Evan is a precious snuggle friend.