Eddy, Thimble, and Tonks have all gotten to share some bloopers in the past couple of weeks. Evan got jealous and wanted to do the same. That being said, he didn't want to share any major bloopers, and so he went for some that just had a bit of blur to them. We'll pretend the blurry natures of these is not because the human here had the camera on the wrong settings.
So, here are a couple of somewhat blooperish shots of Evan. For the record, this here mom of his thinks he's still downright adorable. Oh, and try not to be scared by the second photo. 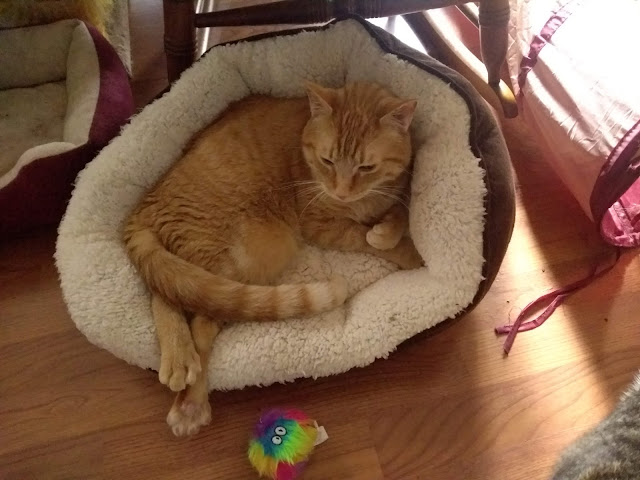 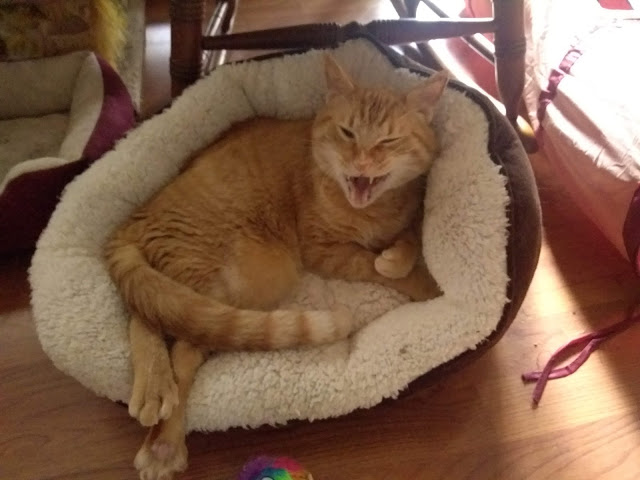 Happy Monday!
***
Doodle of the Day
We have another doodle in our log cabin series to share. Today, our tuxie cat tour guide has taken us to the cozy and happily bookish bedroom. He's also decided to take a nap on the bed. The tour of the log cabin will resume when his nap is over. 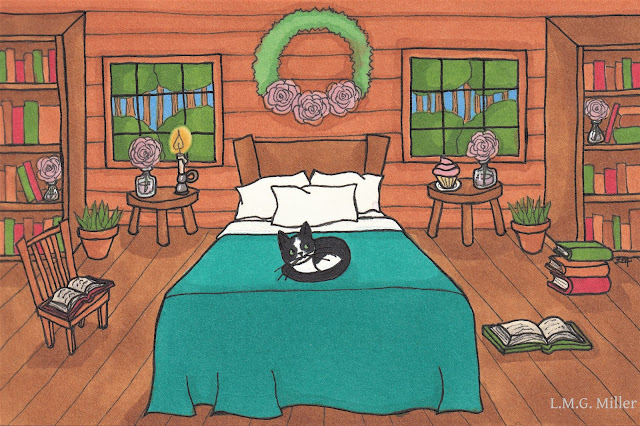 Bloopers Schmoopers, Evan is one hunk of a mancat!

Evan, you are just the cutest ever!

Happy Mancat Monday!! We always love seeing blooper photos. Evan, you had some really great bloopers shots. The second photo is pretty scary. Thanks for the share. Have a wonderful rest of your day.
World of Animals

Evan, we love your thoughts on the subject. You are one handsome dude. Have a good week.

Evan, those pics are too cute to be bloopers!

Great shots of Evan. I like the drawing too. Very interesting facts. I miss my ginger girl. XO

Such a cozy doodle! And your bloopers are downright adorable.

Evan, i don’t consider photos of such a handsome mancat to be bloopers!