A Happy Mancat on Monday

There's a mancat here who loves him a sun puddle. Luckily, the other day, the front window had one heck of a sun puddle. That made Evan one happy mancat. 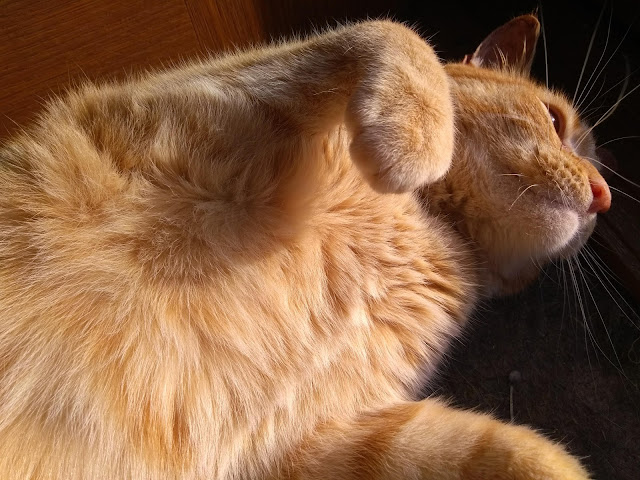 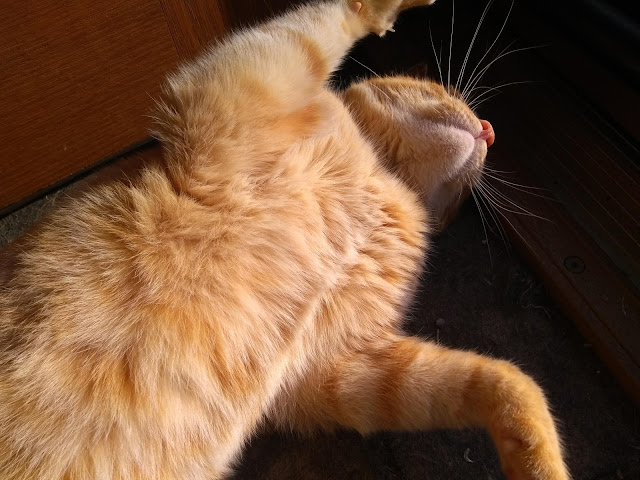 Wishing you a sunny Monday!


***
Flashback Doodle of the Day

I've figured out my scanner issue. That being said, it'll be fixed soon, but not in time to share a brand new doodle today. What I've decided is that, while I get my scanner fully up and going again, today and tomorrow I'll share flashback doodles that are bookish just like our newest series of doodles will be. Then, every day for the rest of this week and into next week, we'll be sharing all of those brand new doodles in our most recent bookish series. Obviously, this new series will not only star books, but also cats. Obviously.

Anyway. Here's a bookish flashback doodle I scribbled up last year. It was inspired by the many times I read books (many of them in my favorite genre, fantasy) while my angel Rosie kept me company. 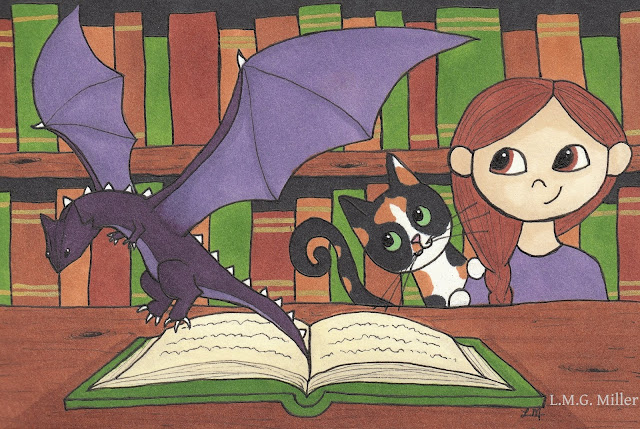 I remember being hesitant to draw that there doodle. I am honestly quite fond of dragons, and many of my favorite books include dragons (as I said above, I'm a fantasy fiend). That being said, I have attempted to draw many dragons in the past, and not many of them turned out all that great. I was glad when I finally finished the above doodle last year, and I don't totally hate the dragon in it.

Today's tip is one we've mentioned before, and it's also one that many of you probably know already. But, since it relates to Evan's fondness for hanging out in the sun, we decided it would not hurt to share it again. This tip is to always keep in mind that it is indeed possible for cats and dogs to get skin cancer, especially on vulnerable parts of the body, such as the ears and nose. For this reason, monitor the amount of time they spend outdoors in the sun, but also the amount of time they spend sunbathing in windows or doors. If your furbaby does spend a lot of time in the sun, perhaps look into pet-friendly sunscreen, and discuss safe options with your veterinarian as needed. There are also windows or window films that block out UV light, which is another option for keeping our furbabies and their skin safe during their sunbathing sessions. The sun can indeed be fun, but it can also be dangerous, so do keep a close eye on those furry sunbathers!
Posted by The Menagerie Mom at 12:00 AM

Those are outstanding pics, Evan!

Evan, you do look comfy in that nice sunshine. We all love a sun puddle here.You all have a fantastic day.

Evan is so adorable. I want to snorgle his tummy. I love the drawing, your dragon came out great. Excellent tips. I often wonder if Millie got his skin cancer from always wanting to be in the sun on the enclosed porch.

I just love Even in the sunshine with lots of tummy to squee over! I am a fantasy fan too and love that dragon.

You look so happy in your sunpuddle ! Purrs

He sure looks over the moon happy!

What a grand nap that must have been!