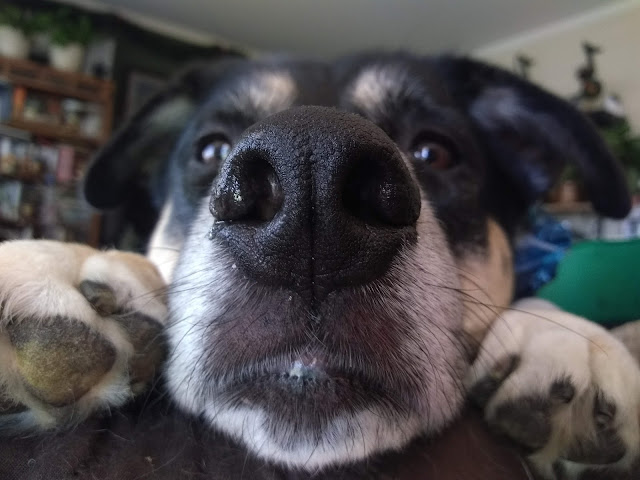 We're sharing another flashback doodle today, this one more or less a sequel to yesterday's flashback doodle. Just like this August, last August I was eagerly awaiting autumn and Halloween. So, I scribbled up doodles like this one. 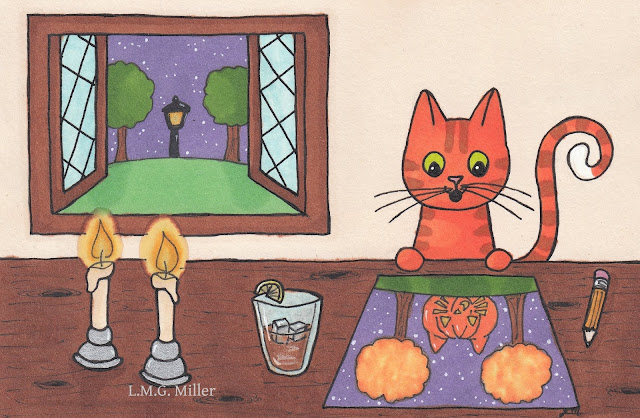 Did you know that from 1938 until 1992, the Canadian Kennel Club accepted nose prints as a form of identification for dogs? After all, a nose print is as unique to a dog as a fingerprint is to a human. Cat noses are also unique to the individual. So, when you see your kitty or pup's nose, know that you're looking at a one-of-a-kind.

Yes, The PO'M may have a unique kitty print nose, but does he have to constantly stick it in my armpit!?! Wet...ewww...

We can see up your nose, Astrid!

You have a beautiful nose Astrid!

Astrid, your snout is practically perfect in every way!

Nice shot of Astrid. Cute drawing and I did not know about the nose prints.

Awww, so cute. We love you, Astrid!

That is not only "some nose", we suspect a flashlight in it might light up yer rear end, MOL!