Mancat Monday With a Side of Motivation 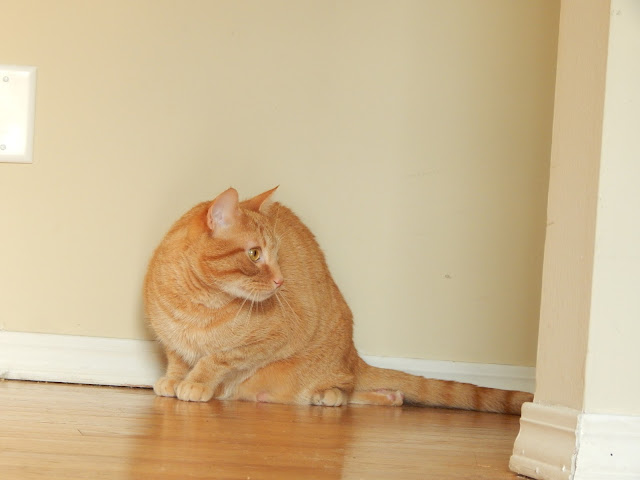 That there is (embarrassingly crooked) photographic evidence of a mancat being snuck up on... 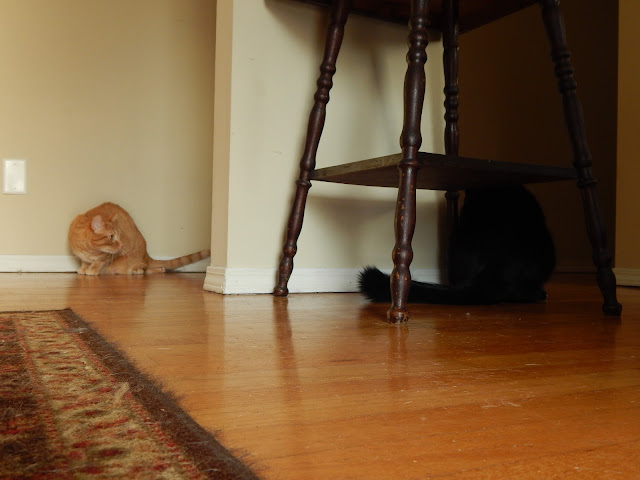 ...by another mancat! Indeed, housemate Toby snuck up on Evan, and a brawl ensued. I will spare you the photographic evidence of that battle.

For anyone who might be new to our blog, or at least new to seeing Evan in photos like these, I always feel compelled to explain that he is hind limb paralyzed. He also has scoliosis. His posture in the photos above showcases one of his very typical sitting positions. Don't worry, though, because this specially abled boy of mine gets around excellently, and he runs and plays and has a grand ol' time. He's my happy hind limb paralyzed hero!

It's been a while since I shared a Monday motivational quote. This all began with the Sparks blog hop, hosted by Annie of McGuffy's Reader. Annie has been on a blogging break, but many bloggers often continued posting motivation quotes on Monday in honor of the blog hop. I got out of the habit of doing that, though, and I hope to get back in the habit starting today. So, here's our motivational thought for this week.


"A ship is safe in harbor, but that's not what ships are built for."
-John A. Shedd 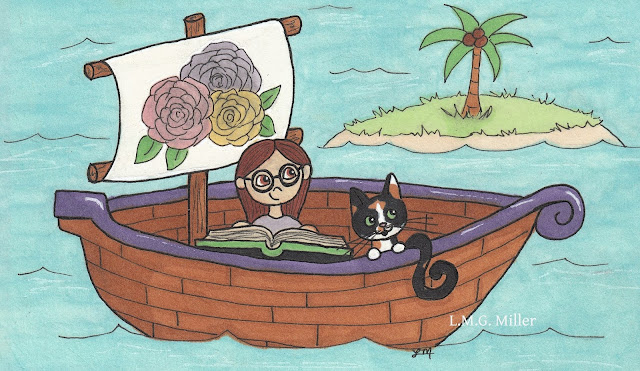 Wishing you all a magnificent Monday filled with motivation!

***
Did you know?
Did you know that a cat's whiskers are connected to the nervous system as well as the muscular system? The link with the muscular system allows cats to move their whiskers, something that is often noticeable with the whiskers on their cheeks. Sensors on the tips of the whiskers, as well as their overall connection with the nervous system, allow cats to use their whiskers to determine and navigate the environment directly surrounding them. Because of cat whiskers' deep connections and their overall significant functions, they should never be trimmed.
Posted by The Menagerie Mom at 1:45 AM

I think it's pawsome that ya get around so well Evan. Good going buddy.

Evan, we bet you put Toby in his place!

Evan, it looks like you're ready for whatever Toby is dishing out today!

I love the spark and accompanying doodle today, thanks.

Makes sense that the whiskers would be muscle controlled, but I assumed it was the skin moving that made them move - cool info!

That's a terrific quote!
I love to watch sleeping cats when their whiskers are all a'twitch!

Evan is such a cutie. Cute drawing and excellent spark. Great whisker information too.

Evan, we're sure you know how to show Toby who is the boss ! Purrs

WOW, I had no idea cats could get scoliosis too! I would love to learn more about it in cats. My mom has severe scoliosis and I have been diagnosed with it too, but regular chiropractor visits for 20 years now have prevented it from progressing, thankfully.

Hmmm... you just gave me another Purrfect 10 idea!

Evan, i hope you let Toby know who he was dealing with!

Happy Cat World Domination Day!!! We can see that Evan is all ready for anyone to sneak up on him. Thanks for the share. Have a wonderful Mancat Monday.
World of Animals

Evan is a hero to many of us who see him enjoying his life to the fullest - for him, being hind-limb paralyzed and having spine issues means nothing - it's what he knows best. He's loved and cared for and that's really all that matters!

I think you got caught trying to be sneaky, Toby! I hope the two of you were able to make friends again after your tussle was over.