Orange tabby boy Evan loves boxes. After all, he is a cat. The other day, I tried to get a shot of Evan doing his best to fit him and his little paralyzed back legs in a box that may or may not be too small for such a purpose. When I aimed the camera at him, though, Evan got excited and I ended up with action shots bordering on bloopers. See? 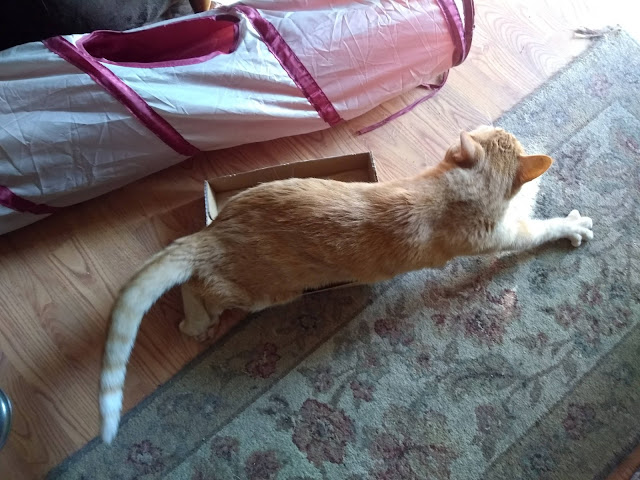 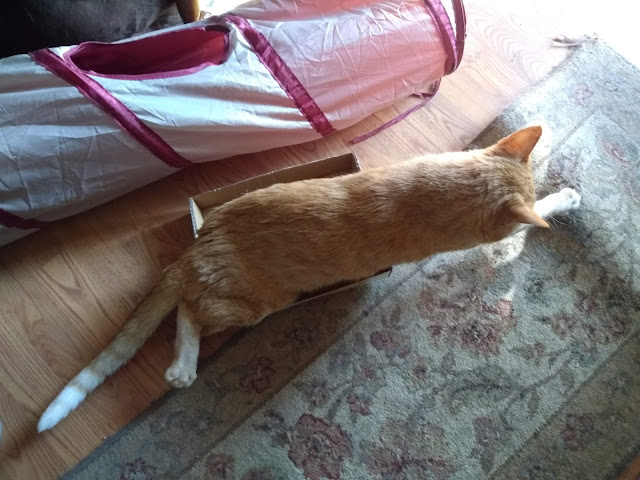 Evan wishes you a terrific Tuesday filled with boxes!
***
Flashback Doodle of the Day
Like yesterday, today we're sharing a flashback doodle inspired by the fun hobbies of reading and writing. Of course, there's always a kitty there to help with both of those pastimes. 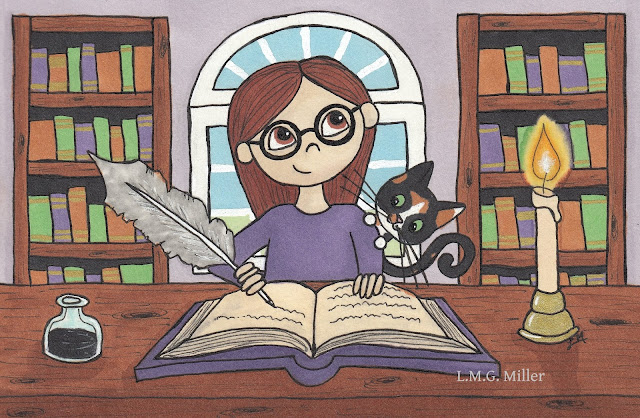 Way to go Evan! You were mostly in that box before your Mom came along with a camera and ruined it all (hahaha). You absolutely get a "10" for the effort!

We think Evan did a great job getting into that box!

Evan you know the deal with that box and want to be in there and you ARE! Way to go Evan! Great fun doodle too

OH! Thank you for this information!
I've tried searching online in the past, but only received gobbledy gook.
Gib and Molly: neutered
Tom and Queen: intact
Woo Hoo!

Evan is a cutie, I hope he finally got into that box. Cute flashback and interesting facts.

Happy Tabby Tuesday, Evan!! This was just so wonderful to see you having a great time with the box. Such excellent photos. Have a pawsome rest of your day.
World of Animals

We think that TOTALLY counts as being in the box. Cat's prerogative!

Boxes are the best Evan and our mom always catches us in bloopers!

Evan certainly looked determined. Nothing but gibs and mollys in our house.