Thimble, our resident model, happily agreed to being our selfie star today. She only agreed, though, if she didn't have to leave her post at the door in order to snap said selfie. So, she has for you today a window view sort of selfie. 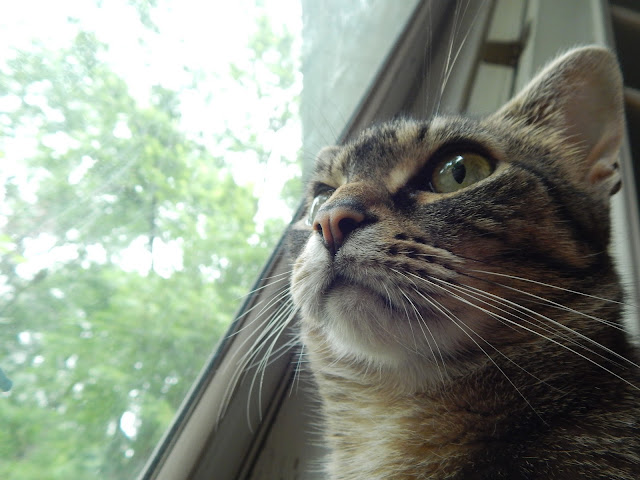 Thimble is quite proud of this pensive selfie, and of that adorable nose of hers, and so she's sharing this as part of the Sunday Selfies Blog Hop, hosted by the Kitties Blue over at The Cat on My Head.

We hope you all have a spectacular and sunny Sunday! 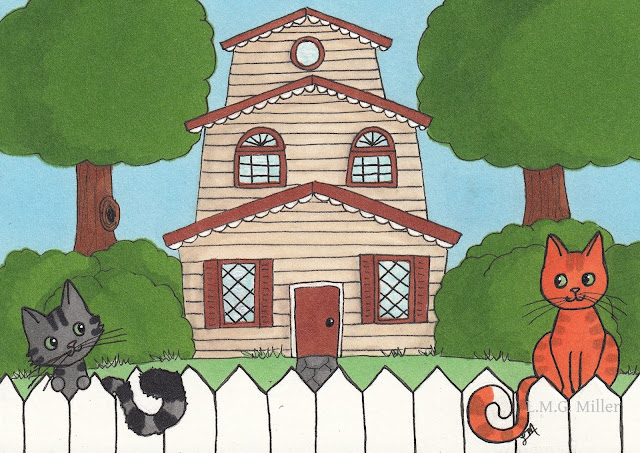 ***
Did you know?
Did you know that a cat's brain is approximately 90% similar to a human's brain? Scientific studies have found that cats and humans have significantly comparable lobes of the cerebral cortex. These regions are even connected the same way in both species. Cat and humans also have nearly identical regions of the the brain that control emotion, and the two species have similar neurotransmitters, which results in them thinking in very similar patterns. No wonder cats make such wonderful friends for us humans!
Posted by The Menagerie Mom at 1:51 AM

You did a great job with your selfie this week, Thimble.

Wowee, Thimble! Your selfie this week is totally awesome!

Thimble you are very pretty in the light from the window today. I love the doodle, and didn't know our brains are similar, good info as always.

Thimble is a beauty. Very cute drawing. I did not know that about their brains. XO

That's a very good look for Thimble, and i think cats would say the 10% difference between our brains and theirs is the reason they are superior!

Thimble, sometimes we must scoop up Manny to get him out of the window, and he doesn't like it one bit!