Evan refused to look at the camera for today's Mancat Monday photos. Why? Because he just found out he's going to the vet today. 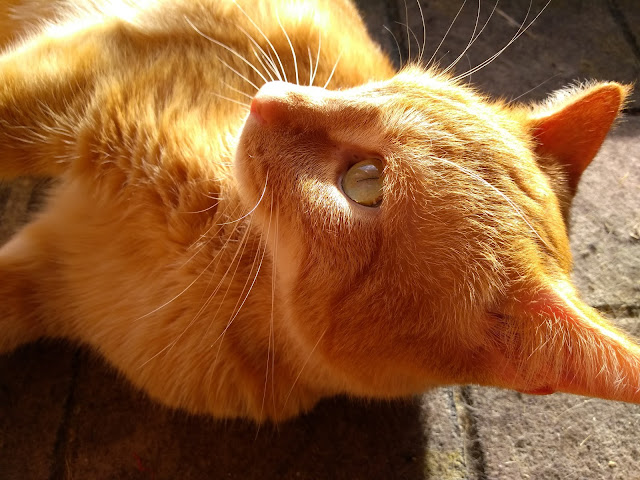 I mentioned in this past Friday's post that Evan has recently started licking at a very specific spot on his left side, to the point where the fur is now very short in an area roughly the size of a golf ball. He is on flea prevention and there are no signs of fleas, there is no sign of a hot spot or other sores in the area, he doesn't mind when I touch it, and he's acting like his normal self. I don't want to risk that Evan is licking at his side for a hidden internal reason, or that it relates to any issues relating to his hind limb paralysis. So, my boy is going to the vet today. 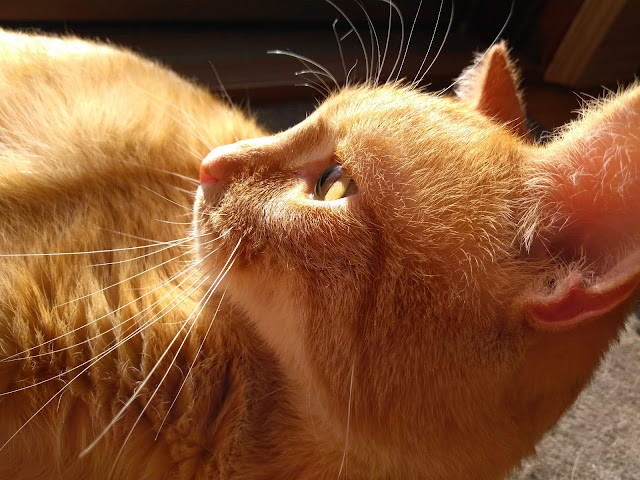 Oh look, it's yet another forest doodle today. 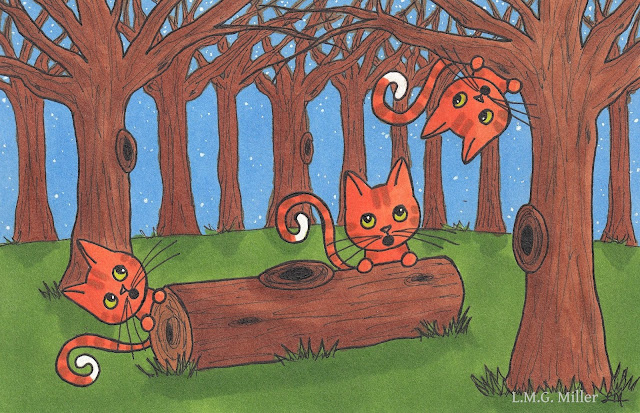 We hope all goes well at the vet, Evan.

Actually, our Paddy O'Malley has been licking a bit of his belly, and it's down to pink skin. He is on flea stuff, and I'm not sure what to do, so I'm very curious to hear what the vet says about Evan. Hope it's a simple fix, whatever it is.

I will be praying for Evan. Very cute drawing. I didn't know about the Felix balloon. I have always wanted a Felix clock though.

We cross our paws for you, Evan, and we hope everything goes well at the vet. Purrs

Ourrayers and POTP to Evan !

Purrs that it's absolutely nothing and you're home safe and sound!