When testing out my new phone's camera the other day, I took this series of photos of Astrid: 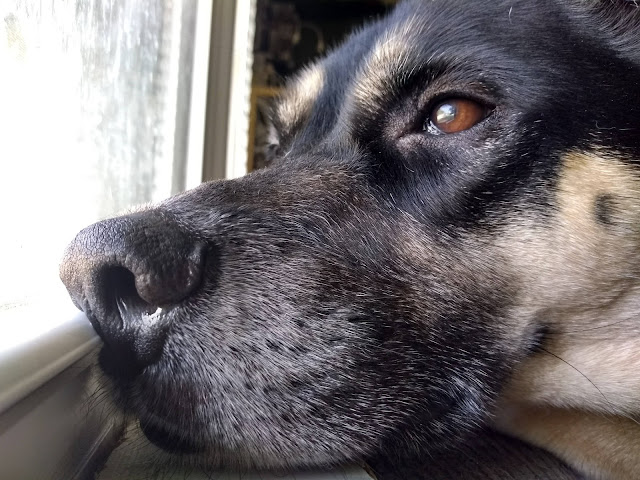 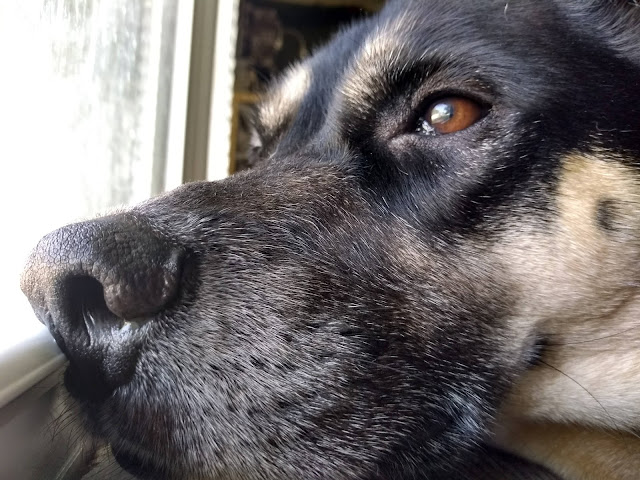 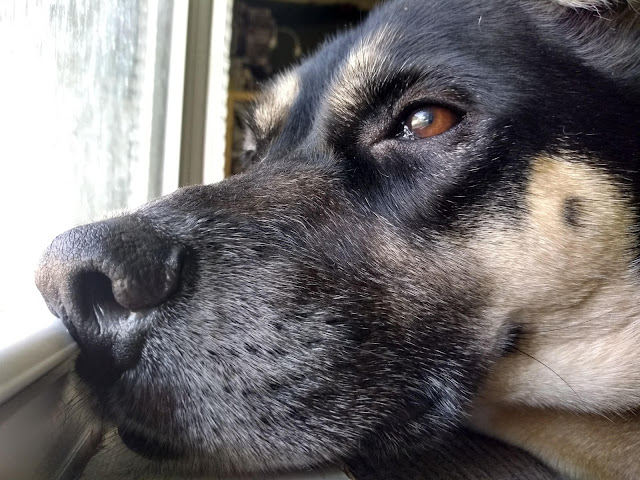 Can you believe all of those are indeed different photos, and not just an image put on repeat? When looking out the window, Astrid turns into a statue. That makes her poses so varied and adventurous. Except, I'm lying.

Even if Astrid's pose didn't change a whole lot during her photo shoot, that doesn't change the fact that modeling is a tiring business. In the middle of her photo shoot, an exhausted Astrid simply needed a nap. After all, her eyelids were like lead. 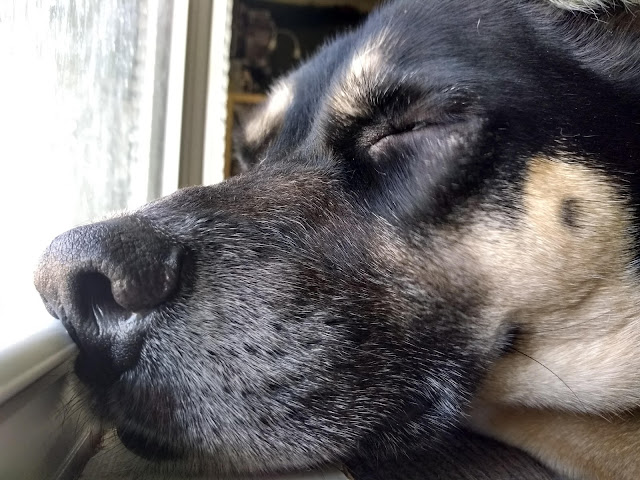 Google at least seemed impressed by Astrid's photo shoot. After all, it used the above photos, which were saved to my Google Drive, to create an animation. See? 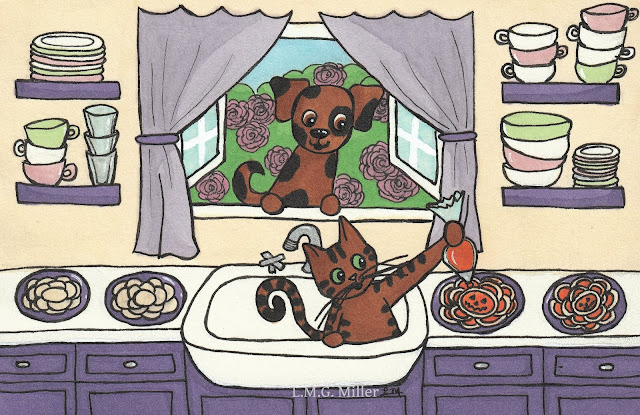 Oh, look, another summery doodle with wishful Halloween thinking. I don't know if all of my August doodles are going to give away my desire for autumn. If they do and that's not your cup of tea, my apologies. I've learned that I simply need to doodle what my brain and heart desire, and right now that's a hint of Halloween.

***
Did you know?
Did you know that pumpkin seeds can potentially help rid the digestive tract of parasites like tapeworms? This is because the seeds of foods like pumpkins contain cucurbitin, which is an amino acid that can cause degeneration and paralysis of certain parasites. Pumpkin seeds can be eaten by dogs and cats, but be careful of additives such as salt, and it also never hurts to take precautions against choking hazards that could result from the size and shape of the seeds. One thing you can try is roasting and grinding up plain pumpkin seeds. All of this being said, if you have any concerns that your kitty or pup has parasites, never hesitate to discuss the issue with a veterinarian. Pumpkin seeds and other at-home treatments are never a guarantee.
Posted by The Menagerie Mom at 5:02 AM

Whoa, Astrid...you need more incentive to model, dontcha think? And I did NOT know this about pumpkin seeds, one of my favorite snacks of all time...after popcorn and watermelon. I will look for un-salted, raw pumpkin seeds at the store.

Happy Woof Woof Wednesday, Astrid. Even with the new camera on the phone, it's the same pose different camera. Still wonderful photos. Plus its hard work for your photoshoot. Thanks for the share. Have a great day.
World of Animals

Astrid, you're a doll. (I bought some Halloween goodies at Michaels today!)

Astrid, i think you are wonderful right where you are.

Pumpkin seeds for parasites! Sign me up to eat more of those.

That was a cool blinking gif of Astrid. Cute drawing. And I have never heard that about pumpkin seeds, very interesting.

Those are some great captures of Astrid, and we enjoyed what Google photos did with them. So fun!

We love your autumn doodles, and we like autumn itself, BUT we don't care for what comes after autumn. The season that shall not be named. LOL

TBT here: I once tried hard to draw a deer. Friends said it was the ugliest dog they ever saw. So I really admire that you can "doodle" things that look real...

Astrid looks more than happy to be the subject of your photos - she and her nose are just splendid but you can't blame a girl for getting a little sleepy and drifting off in the middle of a photo session. It's not easy being a model!

Someone is a snoozing pup alright!