On a bright and shiny day, one of Evan's favorite places to be is in the sun puddle that shines through the front door. 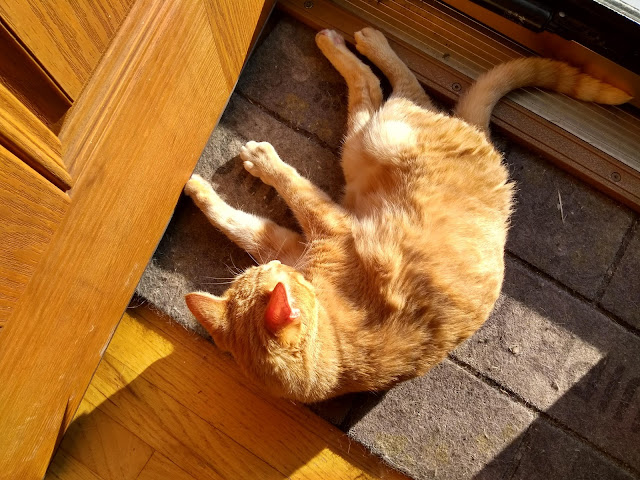 Evan will park himself in that ray of light for as long as he possibly can. Sometimes I have to tell him that he needs to take a break from that lovely sunshine. After all, I don't want my ginger boy to burn! 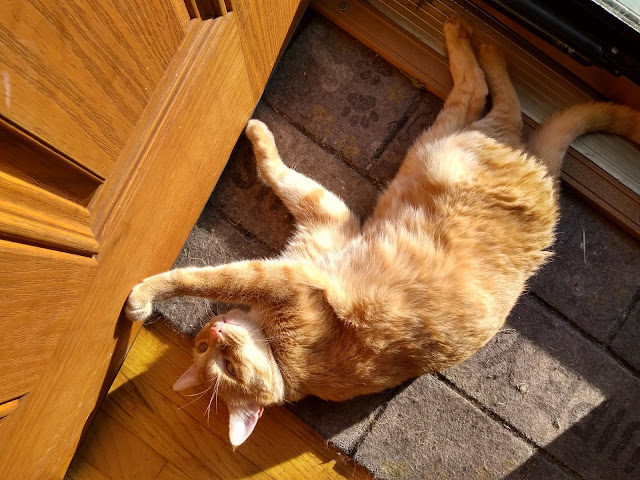 Can you guess what happens when I tell Evan he needs to take a break from sunbathing? 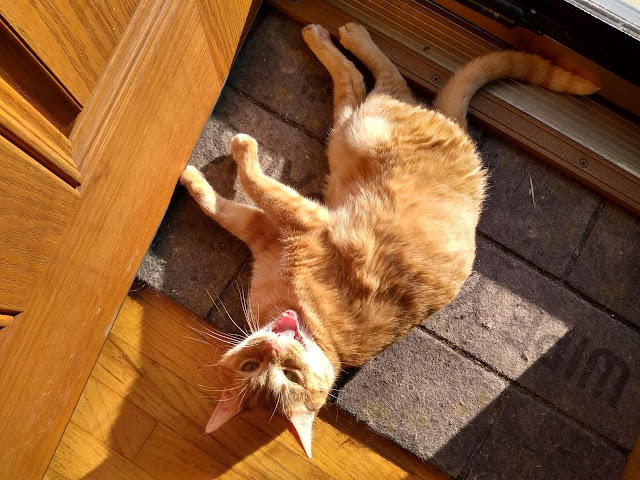 He argues. Are you surprised? Yeah, me neither.

Wishing you all a sunny Monday!

Anybody up for another spooky read? Yes? No? Maybe so? 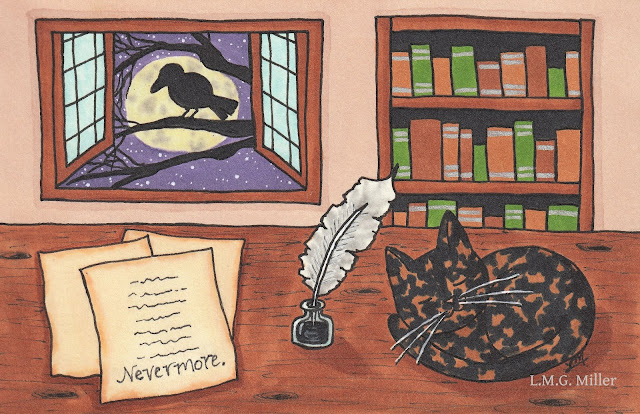 ***
Did you know?
Did you know that Edgar Allan Poe had a beloved cat named Catterina? We're thinking some of you do know this, especially since a certain famous tortie named Mudpie has mentioned Catterina before on her and her human's blog, Melissa's Mochas, Mysteries, & Meows. Some have said that Poe's Catterina was a black cat, but it is now commonly believed she was a tortoiseshell cat. Either way, Catterina is believed to have played a significant role in the lives of both Poe and his wife, Virginia. It is said that Catterina often kept Poe company when he wrote, and that she kept Virginia company during her battle with tuberculosis.
Posted by The Menagerie Mom at 12:03 AM

A great sunpuddle moment! But, yeah, I would argue, too!
Many a cat has been an inspiration to humans..ahem...- Tom x :)

Evan you do look BEYOND comfy in your sun puddle....just be careful not to "overstay your welcome" !!

Evan, you are sooooo cute! I love Poe, of course he had a cat - all the great writers had cats - MOL!

It's like hoomins and felines live in separate worlds; cats will ALWAYS do what they want to!

Evan is such a cutie. He looks like he is laughing at you in the second photo. I love the drawing.

Happy Mancat Monday, Evan!! We would complain too if we had to move from our comfy spot of a sunpuddle. We just love the photos of you Evan. Thanks for the share. Have a wonderful rest of your week.
World of Animals

You're so cute Evan ! Seeing you laughing at your mom made us smile ! Purrs

Evan, i hope you listen to your mom, she has your best interests at heart and usually does know best.

Poe was a fascinating character himself.

We adore the story of Catterina!!! Today's artwork is simply purrfect. Evan, you and Mudpie could be twins with your love for sunny doors!

There once was an Evan the Cat
Who discovered one day sadly that,
Sunpuddles (we're trustable)
Can make cats combustable
If they stay when the Bein says "scat"!