A Tabby's Trouble on Tuesday

On Sunday, Thimble shared some selfies of her and some of the new toys she received from the Tooth Fairy thanks to Ellen of 15andmeowing. Speaking of those toys, today Thimble wanted to show you all what she has to put up with on the daily. 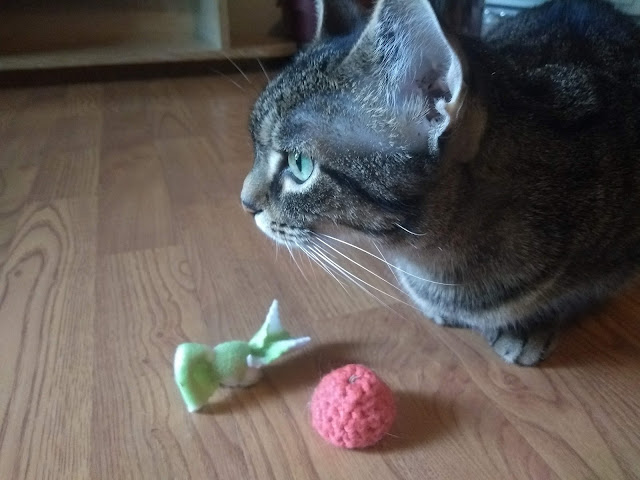 Thimble indeed got some super fun catnip toys from the Tooth Fairy because she recently underwent a dental. 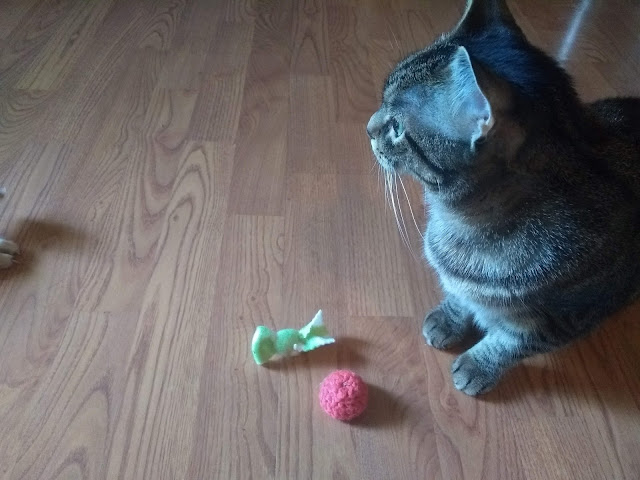 But poor Thimble, she's not an only child. When she was trying to enjoy her new toys, invaders swooped in. 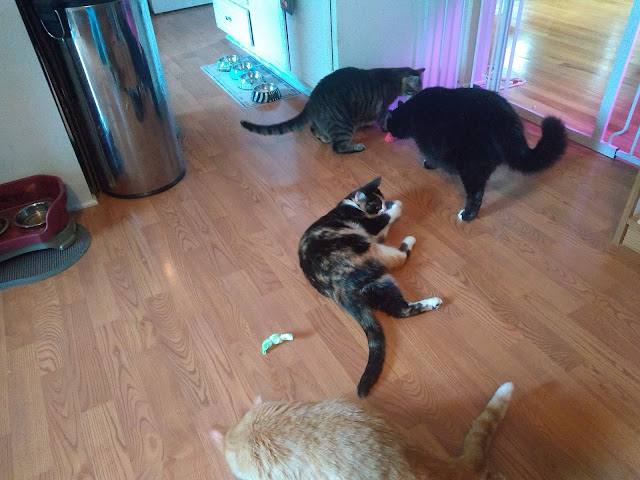 Don't worry, though. This here mom of Thimble's made sure the girl with missing teeth got her fair share of turns with the new toys. There were more toys than cats vying for them, so it's not like the the goodies were lacking. Thimble was more than able to get purrfectly nipped up on these wonderful toys, and she was a happy girl.

Thimble hopes all of you have a day filled with catnip and fun toys, preferably ones you don't have to share!

Today's flashback doodle is, of course, an autumn one. I remember scribbling this up last September, during a string of days when it just wouldn't stop raining. I recall wanting to try my hand at making the weather look a little more inviting. Since we had some rainy days just this past weekend, this flashback doodle seemed fitting enough. 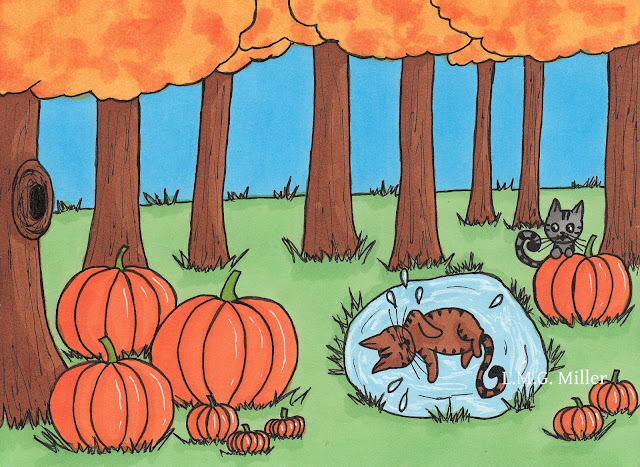 ***
Did you know?
Did you know that catnip is a perennial in the mint family? Another common name for it is even catmint. And did you know that catnip is native to Europe, Africa, and Asia, and that it was imported to the United States? It now grows widespread throughout North America. Catnip is sometimes even considered a weed, and it can often easily take over an area in which it grows.
Posted by The Menagerie Mom at 12:31 AM

WHAT?!?! The tooth fairy services cats?!? Why didn't my Momma tell me? I would've made the vet give back my teeth when I had extractions! Those extractions should be good for something! ~Bear Cat

Aren't Mom Ellen's homemade toys the bestest? We hope Thimble heals up quickly from her dental!

Nothing like Miss Ellens toys. We have a lot of passing of them back and forth too. Love your doodle

People always ask me why I don't grow catnip or catmint in the garden, and it's because 1) it's not a native Michigan plant, and 2) all of the cats in the area will want to be in my backyard, and that will be too territorially disturbing to The PO'M and Sweetie.

We get catnip once a week. More often, and we get tired of it.

The cat rolling in the water puddle must be related to Purrseidon. She adores swimming.

Thimble, I highly recommend being an only child! --Mudpie

How awesome that the Tooth Fairy Mom Ellen sent you those toys to enjoy, Thimble. We hope you're feeling all better, real soon!

Awww...that makes me so happy to see so many kitties enjoying toys I made. Very cute drawing. XO