Evan intended on snapping a traditional selfie today, but then he got distracted. After all, the window was open, he smelled something real intriguing outside, and so the selfie ended up a bit unlike Evan expected. He hopes you enjoy a selfie of his nose sniffing the outside world. 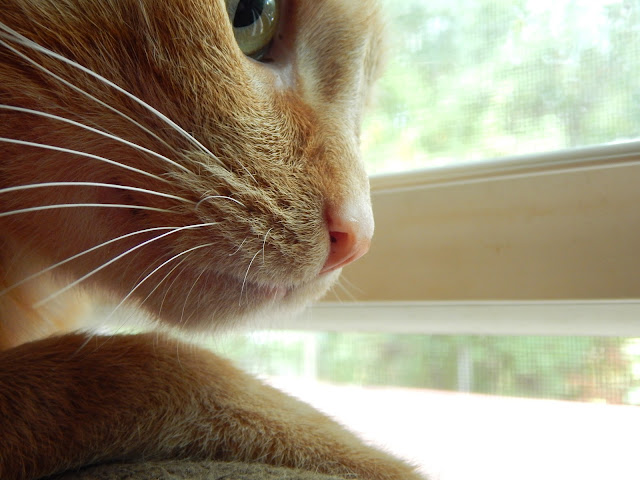 Those whiskers almost stole the show, didn't they? Anyway, Evan and all of us here wish you a stupendous Sunday! 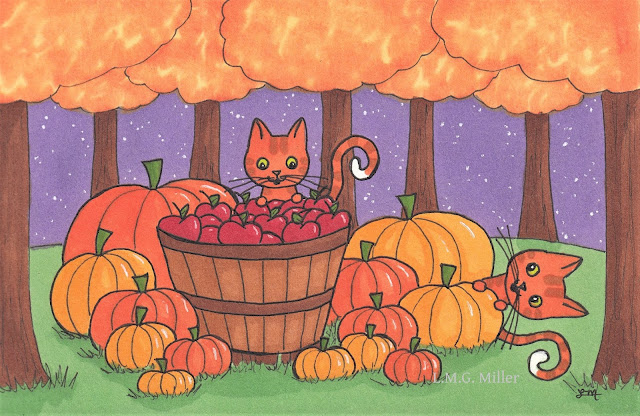 ***
Did you know?
Did you know that lentigo is the technical term for the genetic condition that results in a cat's freckles? We're talking about the brown or black spots you often see on the noses of orange tabbies, for example. Lentigines is the technical term for the freckles themselves. It's a lot easier to just refer to them as freckles, though, and so that is the commonly used terminology.
Posted by The Menagerie Mom at 2:26 AM

Most definitely a worthy selfie. We love open windows and who, feline or human, can rest a pleasant or intriguing aroma...
Purrs
ERin

That pink nose almost stole the show, too!

Great selfie Evan....what do you smell out there? Bird? Squirrel? Introoder cat?

You have your hunting look on sweet Evan!

"If I stand really still, the cat outside will think I'm just an orange sitting here on the windowsill."

Evan is a cutie. I like the drawing too :)

So that's what those black spots are. My last cat was a grey striped Tabby Cat and her nose was pink with little black dots outlined in a heart.
Love your selfie and doodling.

It's a very nice nose, lovely doodle, and i love freckles no matter what you call them.

Those distractions will get 'em every time!

Oh yeah, we love any selfie with you in it, Evan. And your whiskers, too!