As Evan indicated with his selfie yesterday, he plans on making his favorite window his co-star in a great many photos. Pup Astrid gets away with countless window photo shoots, so why not Evan? 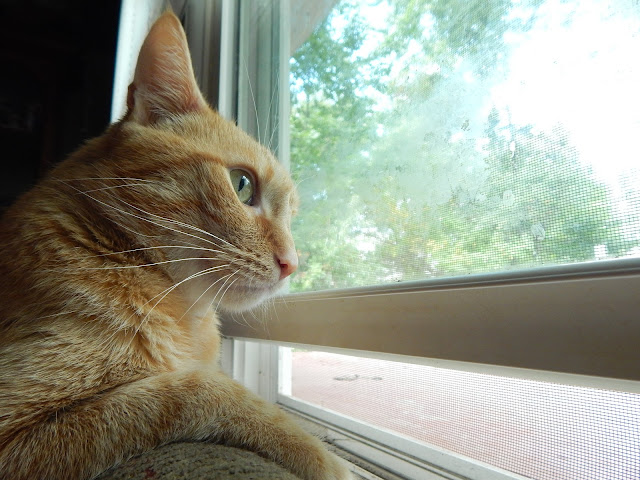 There's only one problem, though. 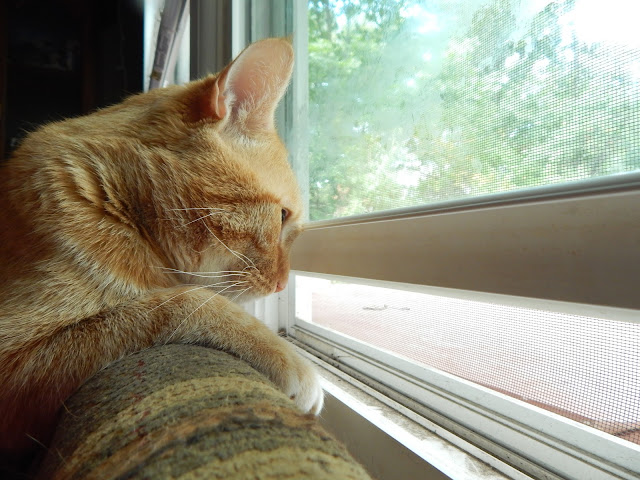 Why is this window not open more? How can a mancat enjoy window whiffies if he can't even reach the whiffies? Is this mistreatment or what? 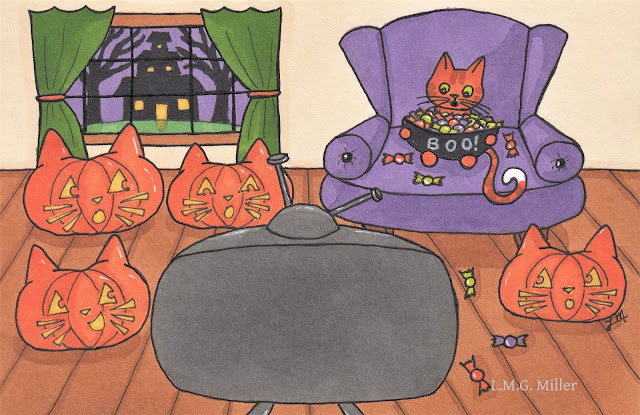 ***
Did you know?
Did you know that study findings indicate that cats are capable of recognizing their owners' footsteps from hundreds of feet away? Similarly, studies have also found that cats do indeed recognize the sound of their owners' voices, and that they know the names their owners have chosen for them. Even more so, further studies indicate that when a cat ignores an owner who is calling for them, it's largely because cats never evolved to respond to humans. Cats are not as social of creatures as dogs and humans, and so if they do not deem a call to them to be significant, they might very well ignore it.
Posted by The Menagerie Mom at 12:00 AM

Well Evan, would you believe that even though it feels like you're being cheated with the window only open a bit, it's keeping you SAFE - nothing can get IN as well as nothing getting OUT!

Evan looks a lot like a grown-up version of our new baby, Butterscotch. He also understands the narrow window pain (or pane?).

Awww, Evan you are such a sweet whiffer today sweetie. Our Elf is the only cat I've ever known to come when called - when Cat Dad calls, he ignores me completely!

Why do humans open windows just a little bit and think it's okay? Sheesh.

When I was a sugar junkie, I'd eat candy corn all year 'round, but dine on pumpkin-shaped candy corn during Halloweentime. Now, I must make do with toasted pumpkin or squash seeds, and I get much delight from watching Da Boyz chase fallen seeds across the hardwood floors.

Evan is such a cutie. He needs that window open a bit more. I love the drawing. I think my cats know the sound of my car too :)

Evan, I'll be right over so maybe the two of us can do something to raise that window a little more.

You poor baby! That's just wrong. And we wanna know what spooky movie kitty is watching :)