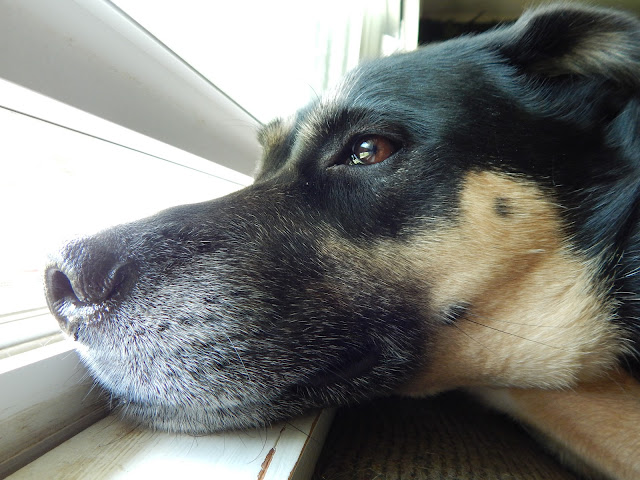 Astrid is wishing you all lots of window whiffies on this Wednesday!

If I'm remembering correctly, this is the last doodle I scribbled up in honor of my angels Rosie and Sammy's birthday, which was on September 1. 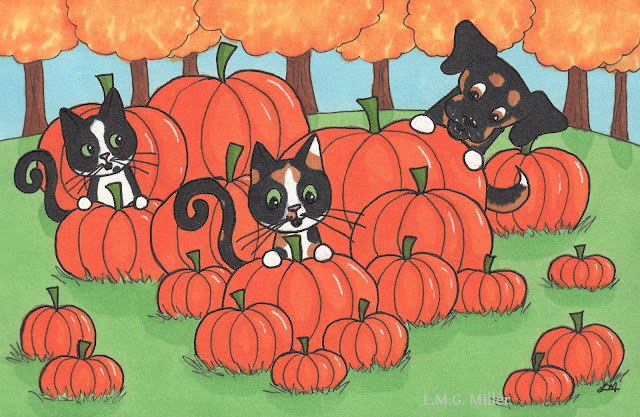 Some of you might remember that my angel Rosie was still with me when pup Astrid joined the family. They lived together for roughly 2 years. Rosie also met Evan, as well as Thimble and her brothers. Rosie was actually far more tolerant of Astrid than she was of any of the other cats we brought in. She would often allow pup Astrid to walk right up to her, but if she caught sight of Evan or Thimble across the room, she would scream, chase those kitties, corner them, and slap them silly.

Rosie's brother Sammy, the other kitty portrayed in the doodle above, never met Astrid. He passed away at the young of 5, unfortunately, back in 1999. He did, however, know my childhood pups, Banjo and Shellie.

We're hoping to get some window whiffies too, Astrid.

Astrid, if I lived nearby, I'd ask if I could take you for a walk with me, so we could both enjoy the outside whiffies!

Window whiffies are so enjoyable ! Purrs

I think you have very deep thoughts, Astrid.

Astrid is a cutie. Very nice drawing too. And I did not know that is how cats drink. :)

It's a bit hot for window whiffies here, but we hope soon.

Our cats are often very upset by how messy the water area is after the dogs have been there!

Astrid, we wish you lots of excellent window whiffies!