Eddy is not the only kitty around here who gives me a run for my money during photo shoots. Just the other day, Tonks was so cutely looking at me from the cat tree by the back door. I tried to quickly and discreetly grab my camera, but Tonks nevertheless promptly made sure to give me a photo like this: 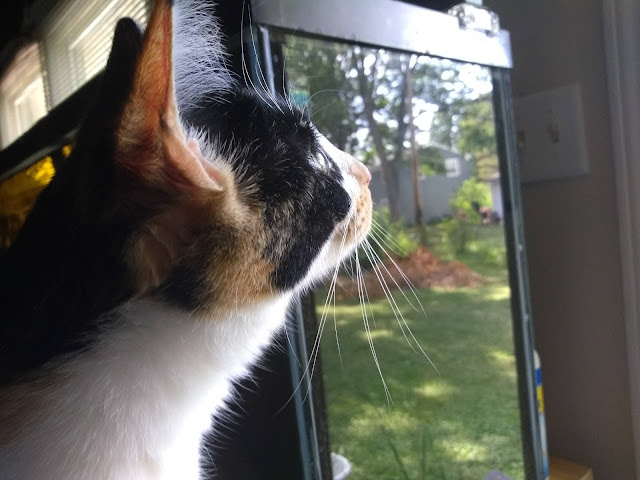 I'm not saying this little lady's profile isn't adorable, but just half a second before this, her actual adorable face had been facing me. Tonks is not a fan of the camera, and getting a photo of her face is no small feat. 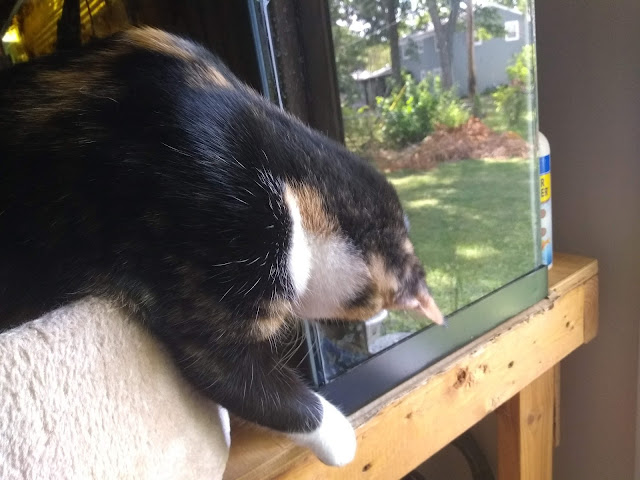 In case you were wondering, Tonks is sitting next to a fish aquarium in these photos. The side of the aquarium is reflecting the great outdoors, in case you weren't sure what you were looking at here. Sometimes, Tonks chases the reflections of squirrels and birds she sees in the aquarium's glass. That actually might have been what she was doing in these photos, unless she really was just giving the camera and myself a hard time. It's a toss-up.

Tonks and all of us here wish you a terrific Tuesday!


***
Doodles of the Day: Flashback Tuesday

Lately, we've been sharing doodles inspired by my angel Rosie and her angel brother Sammy, in no small part because their birthday was September 1. I figured my flashback for today should fit this theme as well. I'm sharing two doodles today, one I created for Rosie and one I created for Sammy. I scribbled these up last year for their birthday series of doodles, and though these two doodles were created separately, the idea was for them to create a sort of full scene image. 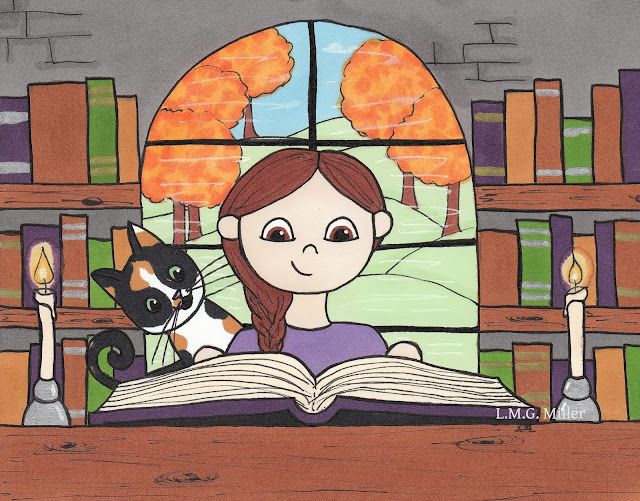 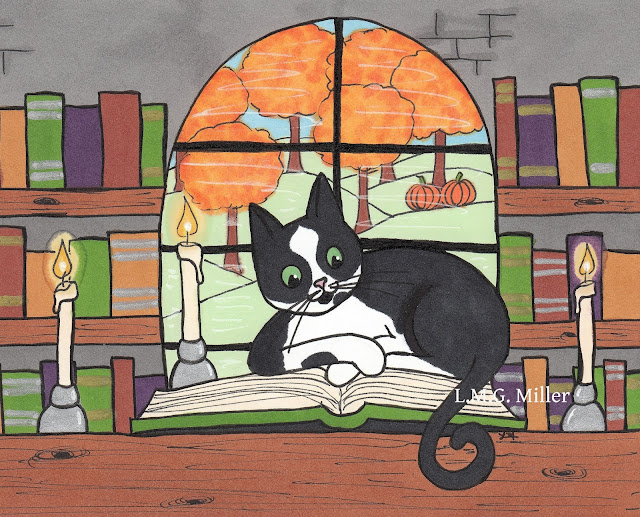 ***
Did you know?
Did you know that the first known pet cat lived approximately 9,500 years ago? It was long believed that the Egyptians were the first to have domesticated and revered cats as companions. In 2004, however, a 9,500-year-old grave of cat was found in Cyprus. This means that pet cats were likely around 4,000 years before the Egyptians were honoring and creating art of their beloved cats.
Posted by The Menagerie Mom at 12:03 AM

Tonks sure is a cutey, no matter which way she's facing.

Tonks, you sure are a really pretty kitty. We like the picture of you looking up. You all have a terrific day.

Tonks, you tell your mom you have more important things to do than to sit and pose for the camera. :)

Tonks is a pistol!

Aww..Tonks is a cutie. Very nice drawings. And I did not know cats have been around so long.

Tonks is pretty from every angle, and it sounds like the Cypriots were very smart to befriend cats first.

Any part of her is ridiculously adorable, as is that doodle!

We think Tonks is adorbs form any angle. :)

We love both if those doodles. Such a sweet way to remember Rosie and Sammy.

Even if she didn't totally cooperate with a "straight on" portrait she looks like she's having a lot of fun keeping an eye on outside goings on AND aquarium activity!