Evan may or may not be a tad bit jealous that the selfies we shared yesterday were of another orange mancat, that being my parents' cat Foggy. Evan wanted to make sure you all remember just how glamorous he is. So, he snapped a closeup glamour shot to make you all swoon today. 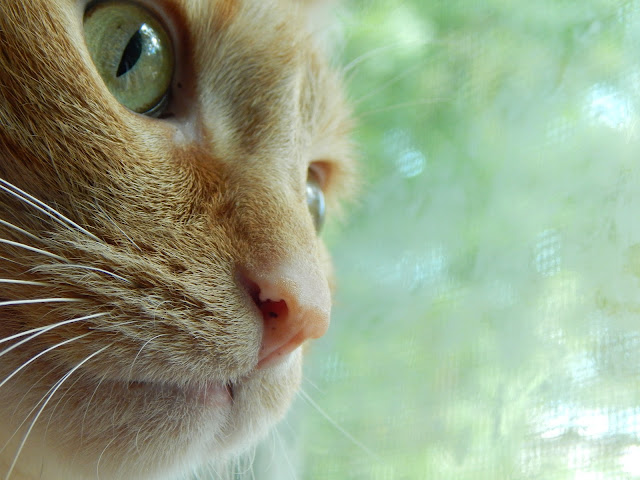 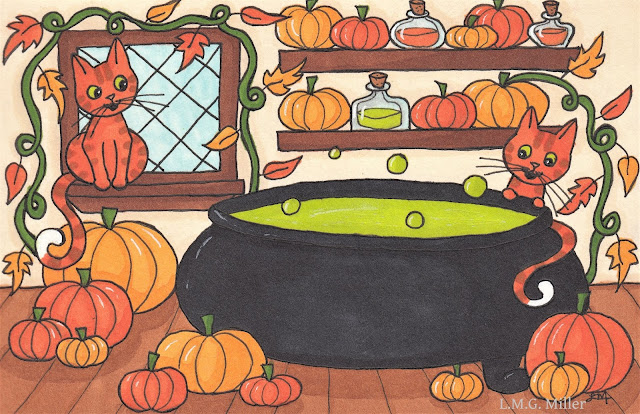 My autumn doodles are really starting to get weird. Well, weirder than usual, I guess.

***
Did you know?
Did you know that, according to the Guinness World Records, the wealthiest cat in the world inherited a $13 million fortune? This cat was named Blackie, and he inherited this hefty fortune when his owner passed away in 1988, leaving it all in Blackie's name. There have also been some incredibly wealthy dogs in history. For example, a German Shepherd named Gunther III inherited his owner's $80 million fortune in 1991. Trustees of the estate invested the money, so that Gunther III and his successor Gunther IV became worth at least $375 million.
Posted by The Menagerie Mom at 1:27 AM

Evan you are a very swoon-worthy ginger!

We could never forget your handsomeness, Evan!

I am swooning! You are such a handsome one Evan!

Evan is one good-looking mancat! We just got our first orange friend, Butterscotch, on Saturday. I'm going to show him this picture of Evan so he has a good role model.

That is a great shot of Evan. He is a handsome ginger. Very cute drawing too. And I did not know that about the kitty inheriting a lot of money.

Very Handsome.Your pretty too if a Mancat can be pretty. MOL.

You are adorbs, Evan! What's in the big pot, full of green stuff? Split-pea soup? Always was a favorite soup of mine, until we went vegan. I haven't asked The Hubby to make a vegan version, but I will after seeing your doodle!

Evan you have nothing to worry about my friend you are the fall-apple of your moms eye, and all the rest of the year too

Evan you are swoon worthy, indeed.

Never could i imagine leaving a fortune to an animal. Enough to take care of it for the rest of its life, yes, and more for a shelter. Ah, to each his own.

We could never forget you, Evan!