We had us a tad bit of a health scare with Astrid these past couple of days. On Sunday, my sister found a raw, red spot on the same foot on which Astrid lost a toe to a malignant tumor in October of 2017. That cancerous mass from the past started out as what seemed like a mere wound, and then ultimately morphed into a tumor deemed malignant. That's why finding another raw, red spot on that very same foot was alarming. I called the vet first thing Monday morning, requested an appointment with the doctor who knows Astrid's entire history, and we took her in yesterday afternoon. 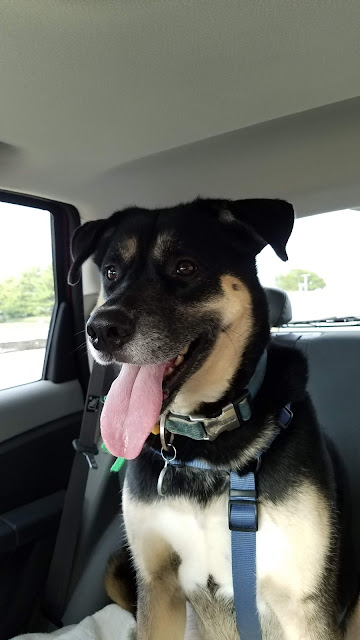 Long story short, the vet thinks this new spot is a simple abrasion that will heal itself. Between the time we found the lesion on Sunday and when we took her to the vet yesterday, the area of concern went from red and raw to a very classic scab. The vet even noted that it's so flat and scabbed over that a fine needle aspirate would probably yield no useful information, because there's nowhere for the needle to really go. The vet has instructed us to keep a close eye on it, especially given Astrid's history with issues like this. If the abrasion hasn't mostly healed itself within a week or so, then we will proceed with further testing. We're all optimistic that this really is nothing, though, because in just two days the area already seems to be healing very well.

Want to know a fun fact? Some Dairy Queens offer what are called "pup cups", which are small cups of vanilla ice cream that you can give to your dog. What a strange thing to say at this point time. It'll make sense in a second, I promise. Astrid is a huge fan of ice cream, so more often than not, after she goes to the vet, she gets rewarded with a pup cup from Dairy Queen. She now knows we're going to Dairy Queen long before we arrive, and she gets incredibly excited at that realization. The photo we shared above was snapped just yesterday and is an image of Astrid watching the car ahead of us in the Dairy Queen drive-through being handed their ice cream through the window. She was certain they were taking hers. Astrid made sure to also tell the car behind us to keep their hands off her ice cream. 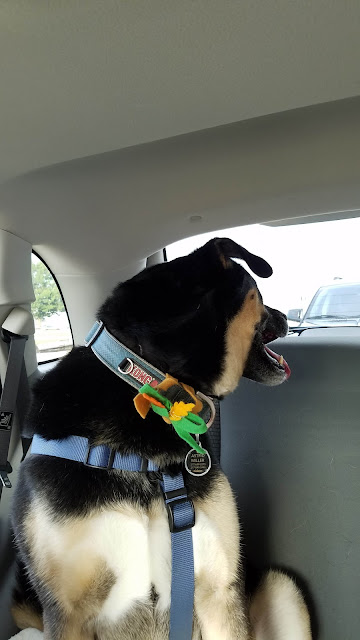 Of course, we also have a photo to share of Astrid eagerly watching the Dairy Queen worker preparing her ice cream through the window. Patience is not pup Astrid's strong suit. 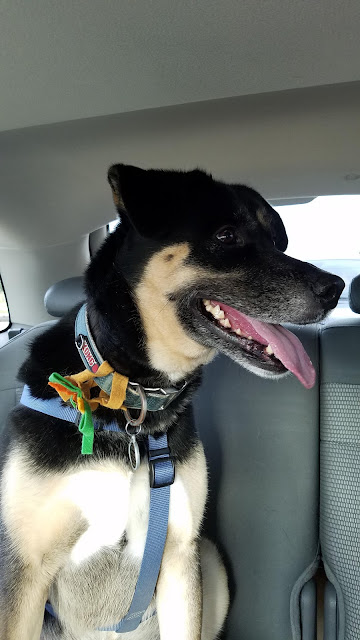 Astrid can barely contain herself in the back seat when she sees the worker handing over the ice cream. Her love for ice cream runs quite deep. 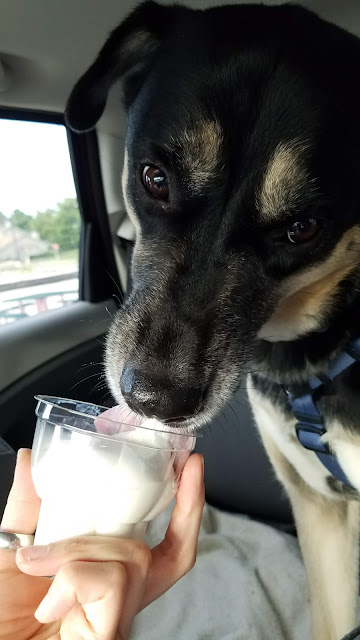 I know that looks like a lot of ice cream. That's because it kind of is. Don't worry, Astrid doesn't get ice cream that often, and certainly not in such large volumes. This was definitely a celebratory ice cream adventure. 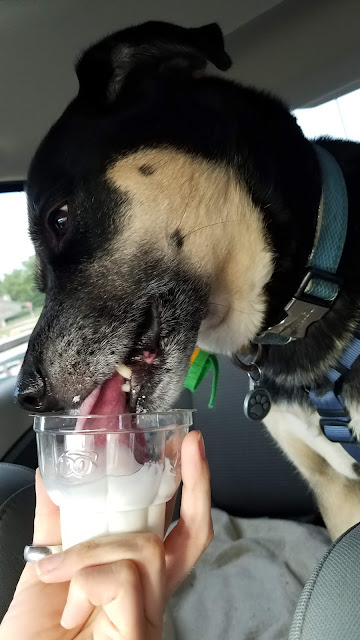 Wishing you all a wonderful Wednesday! 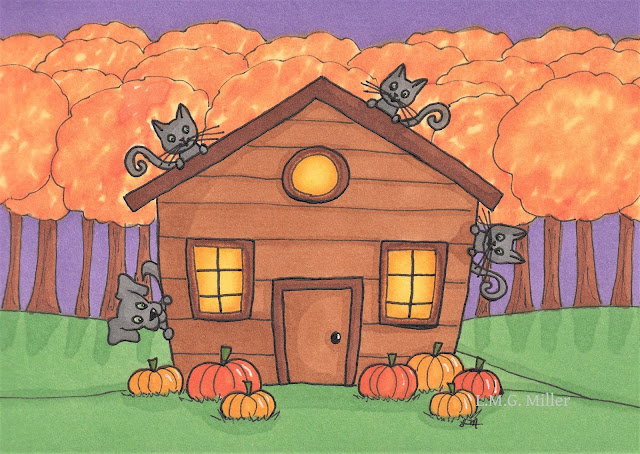 Dog paws categorized as cat feet are, indeed, very much like cat feet. These are round and relatively small, with arched toes that help provide a good grip on problematic surfaces. Breeds with cat feet might often include the Akita, Standard Schnauzer, and Doberman Pinscher.

Webbed feet are, of course, at least slightly webbed in between the toes. This webbing helps a dog to swim. This foot shape is therefore often found in dogs who work in water, such as the Laboratory Retriever and Newfoundland.

Hare feet are longer in shape. The two center toes on a paw of this shape protrude farther out than the toes surrounding them. This shape of dog paw allows for easier, faster running. Of course, breeds with this type of paw include the Greyhound and Whippet.
Posted by The Menagerie Mom at 5:53 AM

I'm glad the scare turned out to be nothing serious. Great news.

Our Little Bit loved her ice cream too. We sure miss her.

Have a fabulous Wednesday. ♥

My brother (human!) has webbing between his toes!
It's fun to see Astrid so animated.

Purrs that everything is just fine, sweet girl! Glad you got to enjoy that yummy treat...would you believe we don't have a DQ here???

Here's hoping the toe simply has a scratch on it, and that the next vet visit is a long way off.

We have our paws and fingers crossed that all is well with your abrasion, Astrid. And we are glad you enjoyed that Pup Cup! :)