Have I doted on my momma's boy of a mancat lately? My hind limb paralyzed boy Evan is my hero. Have you heard me say that before? Probably.

Nothing gets Evan down. There's next to nothing in this world that he won't find a way to achieve. So what if his back legs don't necessarily work like other cats' do? Running and playing are two of his favorite things, because to him he's just like any other cat. Evan also can and does climb, as he's found ways to make that possible for himself. And he also, of course, loves sitting in the sun, just like any cat does. 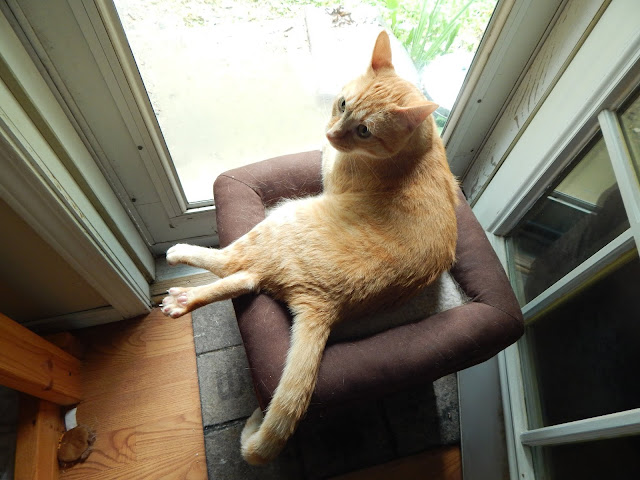 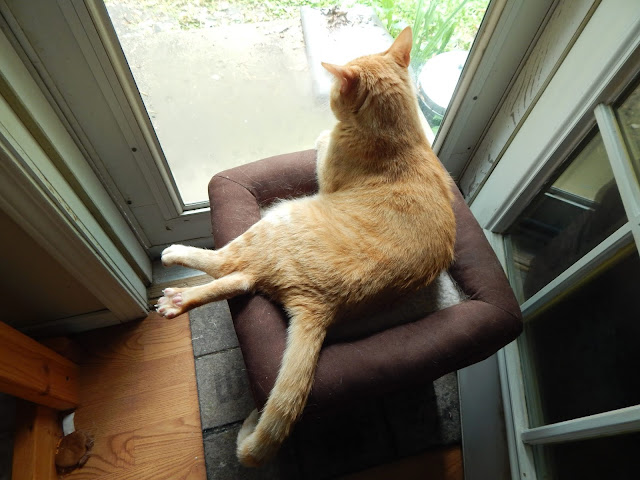 I could go on and on and on about how much I adore this boy of mine, but I feel like no words really, truly suffice. Thank you for being you, Evan!

Evan and all of us here are wishing you a magnificent Monday! 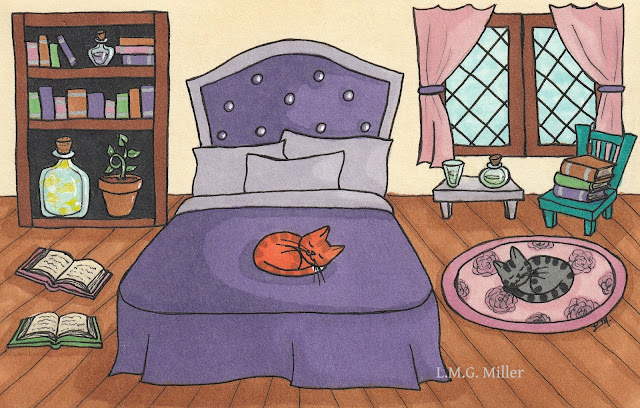 ***
Did you know?
Did you know that cats are often not truly nocturnal, but actually crepuscular? As you all certainly know, being nocturnal means that an animal is out and about during the dark nighttime hours. Owls and raccoons are truly nocturnal, for example. When it comes to cats, though, they're often instead crepuscular, which means their primary hours of activity are dawn and dusk. This is why many cat lovers might notice their cats becoming active in the early hours of the morning, such as by asking for food or running around the house at 4 or 5 o'clock in the morning.
Posted by The Menagerie Mom at 5:45 AM

Evan, you are an inspiration to us all.

Evan, your are awesome! Crepuscular explains a lot, thanks!

Evan is amazing! I hope you write a book about him. Very cute drawing. I wish Emmy knew that, she likes to wake me between 2 and 3 am for a snack :)

Evan, you are the best. We love that you do all the running, playing, climbing you do no matter what. Happy Mancat Monday. Thanks for sharing. Enjoy the warm sunshine.
World of Animals

I can certainly see why he's your hero! We humans could learn so much from our pets.

Evan is a wonderfully heroic mancat.

It makes sense that cats would be most active at the same time of day as their prey.

Oh Evan indeed is a most special guy....he's our hero too. Animals who carry on and know nothing about "special needs" or "can't do this or that" and just live their happy lives are AMAZING.

We can learn so much from our cats. And Evan is one of a kind!

Evan you sure make one fine Man Cat for Monday