Today's selfie is all sorts of things. It's a sleepy selfie. It's a sunny selfie. And it's definitely a closeup selfie. See? 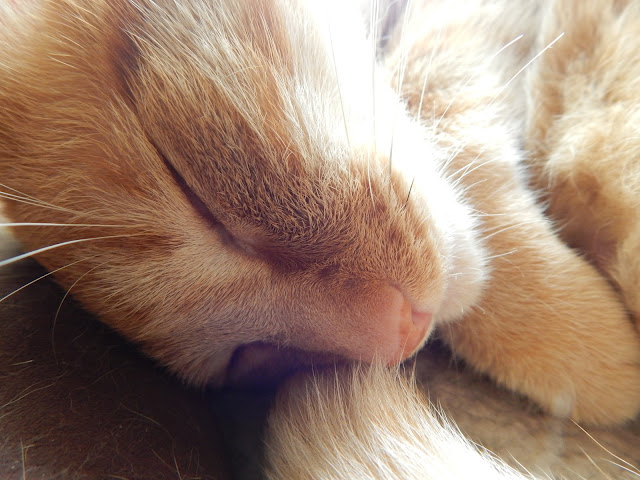 Evan hopes you all have a Sunday filled with as many sun puddles and snoozes as his! He also hopes, though, that no one shoves a camera in your face as he so rudely experienced.

Today's doodle was inspired by the flashback drawing I shared on Friday. In short, that doodle from the past was of a chemist kitty growing flowers in her laboratory. In addition, on Friday our little bit of trivia at the end of our post was about Albert Einstein and his fondness for animals. Apparently, according to historical sources, Einstein had a cat named Tiger. So, one thing led to another, and our doodle for today is this one here: 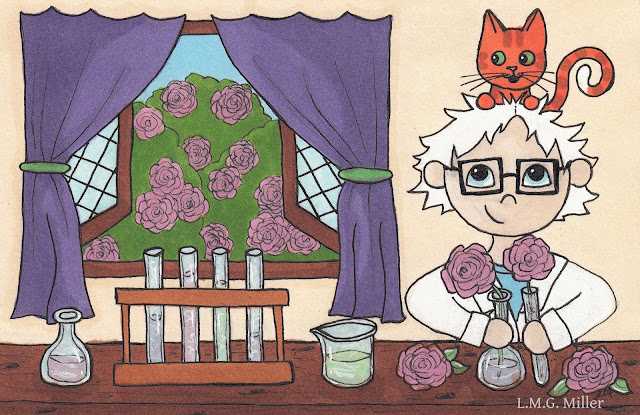 That is a fabulous selfie!

Nice doodle, a cat would make a great inspiration in the lab, they are so curious.

It doesn’t surprise me that cats will co-opt the name of something fancy to call themselves.

Happy Selfie Sunday to Evan, and too you all, and long may that sunpuddle last!
Purrs
ERin

Sleepy, sunny and closeup. Evan, this selfie is purrfect! :)

That's a great Einstein doodle. Evan is such a precious little napper, nice photo. I had no idea Tabby came from a silk pattern.

Evan is a cutie. I love the drawing. And I did not know that about tabbies. :)

Even is a sweetheart! He looks as if he barely noticed * g *

Who wouldn't want a ginger tabby cat with a white tail tip on one's head while you worked? I do!