Today's Toesies Tuesday post is something along the lines of a sequel to yesterday's post about Evan. After all, today's toesies shots were taken during that very same photo shoot. 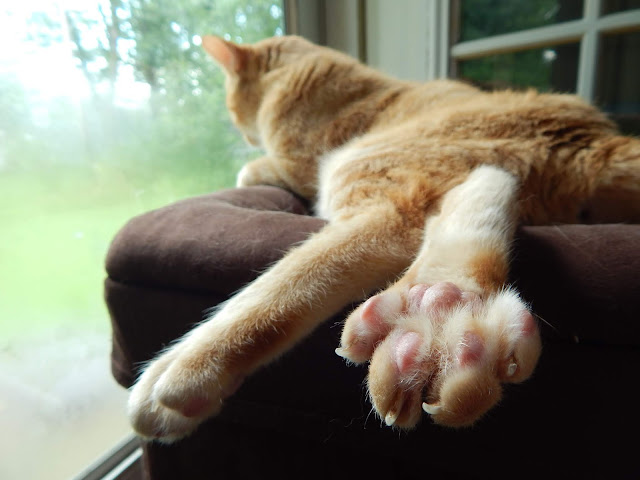 Yes, one of Evan's back feet faces upwards something like 90% of the time. Hind limb paralysis will do that to you. Don't worry, though, because it doesn't bother Evan one bit. As for me, I happen to think it's downright adorable. 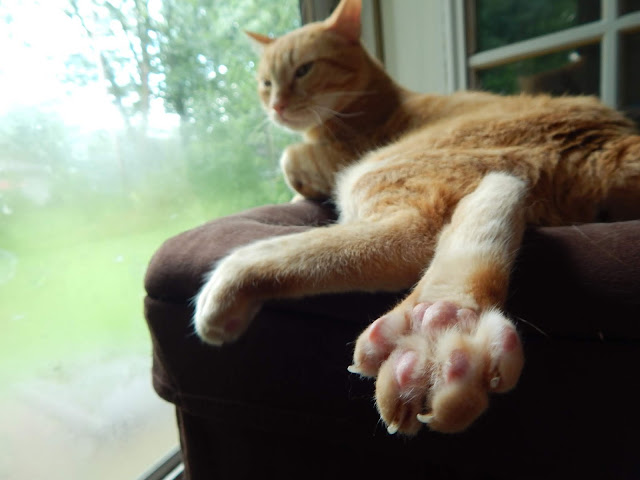 Sometimes, Evan will have his downward facing back leg directly on top of his upward facing back leg. When he does that, it looks like he's clapping with his back feet. I always point that out to him, something with which Evan is not impressed. 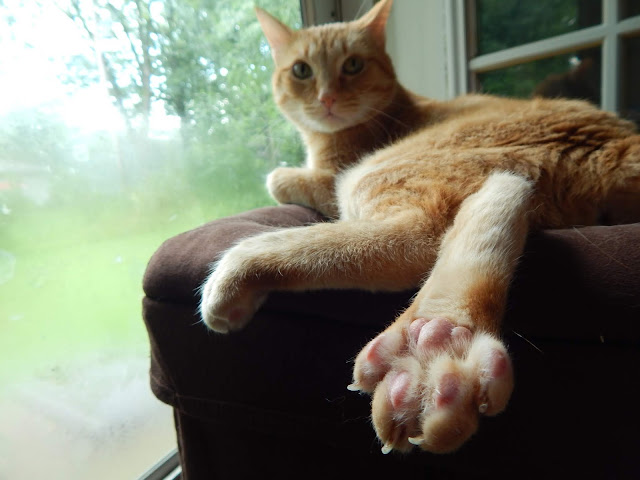 Due to his hind limb paralysis, Evan never retracts the claws of his back feet. Much to his dismay, this makes trimming them very easy. Isn't that so unfair? Evan thinks so. 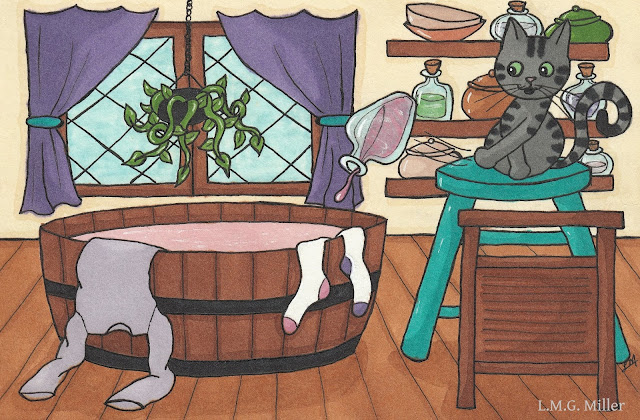 I think this is the last doodle, at least for now, that is strangely laden with what appear to be potions bottles and all that jazz. I'll very likely rehash these when Halloween rolls around, though. I do think I still have a couple similarly rustic sort of scenes in me, but I'll try to refrain from making them as wacky as the most recent ones.

***
Did you know?
Did you know that cheetahs have semi-retractable claws, rather than fully retractable claws like other cats? This in part assists with better maneuvering when cheetahs reach their record high speeds while running. Their exposed claws allow for traction, for example, when a cheetah is speeding up or making a turn when chasing fast prey.
Posted by The Menagerie Mom at 5:27 AM

We LURV wacky!
Evan is such a love; he's rather inspirational!

It would be nice to have our laundry done for us, wouldn’t it.

Those are cute toesies. Little pink toe beans. Nice drawing too. ANd I did not know that about cheetahs.

Evan, you have the cutest little toesies. We think it's unfair for having easy access to your claws for trimming. Love the cute photos you shared. Have a wonderful day.
World of Animals

He's such a little doll.

Evan, we think you have the most adorable jelly bean toes ever!

I could spend years worth of Tuesdays checking out those toesies!

Evan, those are some mighty handsome toes you have there. You sure are such a good cat.You all have a super day.

Evan you have the cutest little toesies.

Those toesies are very kissable, Evan. That's what the mom says.